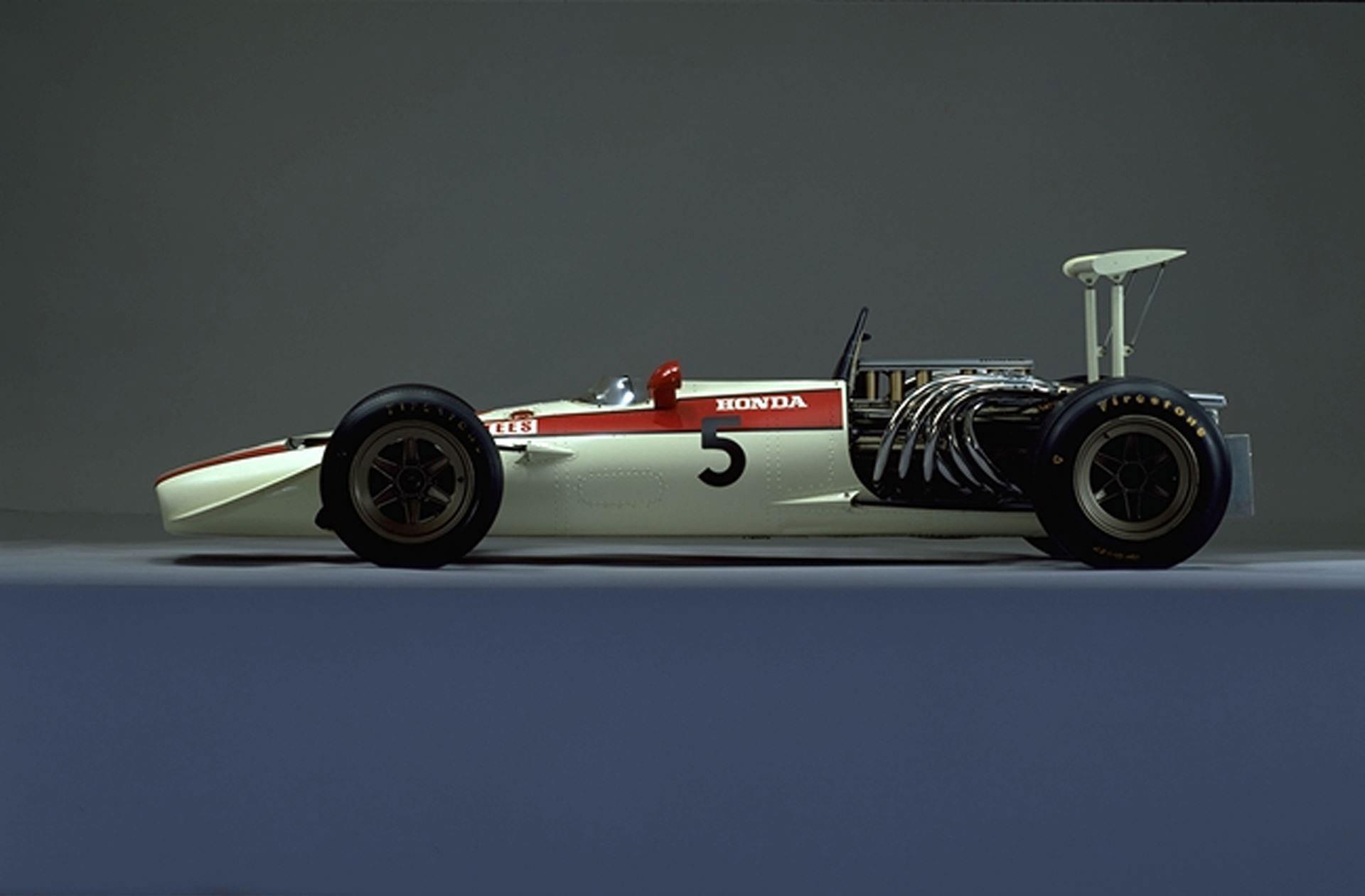 Since 1964, Honda has participated in Formula One as a constructor, engine supplier, and as an entrant. They withdrew in 1968 after the death of Honda driver Jo Schlesser during the 1968 French Grand Prix. In 1983, they returned as an engine supplier and continued that role until 1992. They retuned in 2000 as an engine supplier for British American Racing (BAR). By the close of 2005 they had purchased the BAR team and renamed their new subsidiary Honda Racing. Due to the global financial crisis in the late 2000s, Honda announced their departure from Formula One on December 5th of 2008. Hondas entry for the 1968 Formula One season was the RA301. It was designed by Yoshio Nakamura and Shoichi Sano from Honda, and Derrick White from Lola. In similar fashion to its predecessor, the RA301, it was co-developed by Lola Cars, and called the Lola T180 by Lola cars. It was an updated version of the RA300 and powered by the same RA273E engine. It was given an aluminum monocoque structure with a double wishbone suspension setup and powered by a 182.5 cubic-inch naturally aspirated v12 engine mated to a Honda five-speed manual transmission. It made its racing debut at the 1968 Spanish Grand Prix where it was forced to retire prematurely. Mechanical issues and reliability would plaque the car for much of the season, with the RA301 retiring nine out the thirteen events it entered. When it was able to finish the race, it did well. Driver John Surtees scored a second place finish at the French Grand Prix, a fifth at the British Grand Prix, and a third at the United States Grand Prix. Jo Bonnier, who only drove at the Mexican Grand Prix, scored a fifth place finish. The RA301 would finish the season with fourteen points and in 6th place.
Part of the reliability issues were due to Hondas focus on developing the air-cooled RA302, the successor to the RA301. The air-cooled RA302 wore a magnesium-skinned body while the water-cooled RA301 had an aluminum body.
The RA302 was planned to make its debut at the 1968 French Grand Prix, but Surtees (the 1964 World Champion) refused to drive the car due to safety concerns. The RA302 would appear in only one race, the 1968 French Grand Prix at Rouen-Les-Essarts where it was driven by Jo Schlesser. On lap number two, Surtees concerns came true, as Schlesser crashed at the Virage des Six Freres section of the circuit and the car rested sideways against the track. Since it was near the start of the race, the car had nearly 58 laps worth of fuel. It instantly ignited, claiming the life of Schlesser and destroying the RA302.A second RA302 was prepared for the next race, albeit with modifications. Surtees was again given the opportunity to pilot the car, and again he refused. At the end of the season, Honda withdrew from Formula One and would field a car until the 2006 Formula One season. That car was the Honda RA106.
By Daniel Vaughan | Jul 2018

If there was one racer in the Formula One paddock that drivers and spectators alike believed should have scored his first victory before the start of the 1969 season it would almost unanimously be Jochen...
1968 Formula One Season1968 Season Review