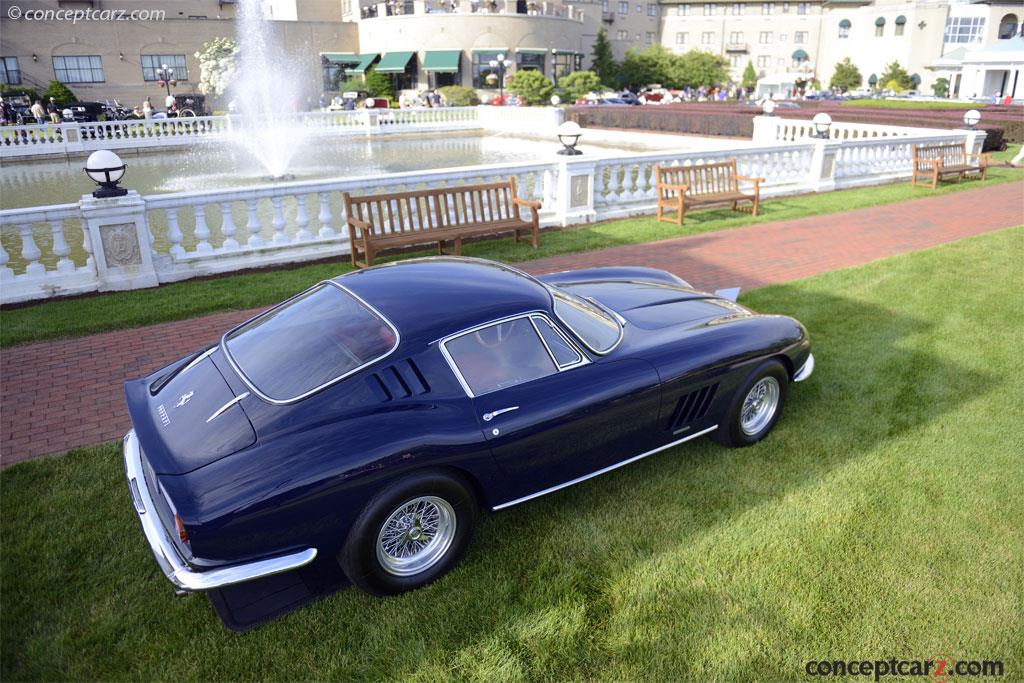 The Ferrari 250 Series was superseded in 1964 by the '275', again wearing coachwork by Pininfarina. It was given a long bonnet, penetrative nose, high waistline, short be-spoilered tail, and purposeful side vents. The cast-alloy wheels and tail spoiler were developments first seen on Ferrari competition cars. The independent rear suspension was the first use on a road-going Ferrari, employing a double-wishbone and coil-spring arrangement similar to that of the 250LM racer. The engine was mated to a rear-mounted five-speed transaxle combining the gearbox and differential in a single unit, a setup which improved weight distribution. The enlarged 3.3-liter, 60-degree V-12 engine remained the familiar Colombo type, in standard form producing 280bhp at 7,600rpm. When installed with six Weber carburetors, the horsepower rose to 300. Customers could specify aluminum coachwork and/or the six-carburetor setup.

Development and modifications followed the 275 GTB during its lifespan, gaining a longer nose, enlarged rear window and external boot hinges towards the end of 1965. The only major mechanical change was the adoption of torque tube enclosure for the prop shaft. In 1966, the model's ultimate incarnation appeared, the 275 GTB/4, with the '/3' suffix denoting the presence of four, rather than the original's two, overhead camshafts. It first appeared at the Paris Salon in October 1966, and its bonnet bulge was the only distinguishable difference from the prior version.

Along with four overhead camshafts, the valve actuation had been changed with the roller-ended rocker arms of the two-cam engine being replaced by simpler inverted bucket tappets. The included angle between the inlet and exhaust valves was also changed, from 57 to 54 degrees for a more compact chamber. Standard equipment included a sextet of twin-choke Weber 40 DCN carburetors (optional on the two-cam 275GTB). The few extra horsepowers were gained by the adoption of a dry-sump lubrication system fed by a 16-liter oil tank.

By 1968, the progress made the automobile emissions legislation had effectively outlawed the 275GTB with production effectively phased out later that same year.
by Daniel Vaughan | Jun 2019

During the late sixties, Ferraris road-oriented Berlinettas split in terms of design from their race cars. After the 250 short wheelbase Berlinetta, the dual-purpose road race Ferrari seemed gone. This new distinction motivated Ferrari to manufacture more civil road cars having impressive specifications. The first example of this new trend was the 275 GTB. The 275 GTBGTS was debuted in October....
Continue Reading >> 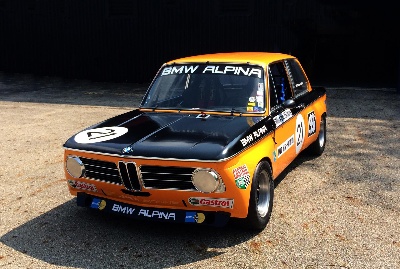 On the heels of the launch of the BMW ALPINA 2015 B6 xDrive Gran Coupe to the US market, one of ALPINAs early cars will compete in the Rolex Monterey Motorsport Reunion. Woodcliff Lake, N.J. – August 5, 2014 …Today BMW announced that...

Scottsdale, Arizona – With his AC Ace-derived, Ford-powered Cobra, Carroll Shelby and his racing team spearheaded Fords Total Performance campaign of the 1960s on the world stage and ended Ferraris dominance of the World Sportscar Championship for...
© 1998-2020. All rights reserved. The material may not be published, broadcast, rewritten, or redistributed.