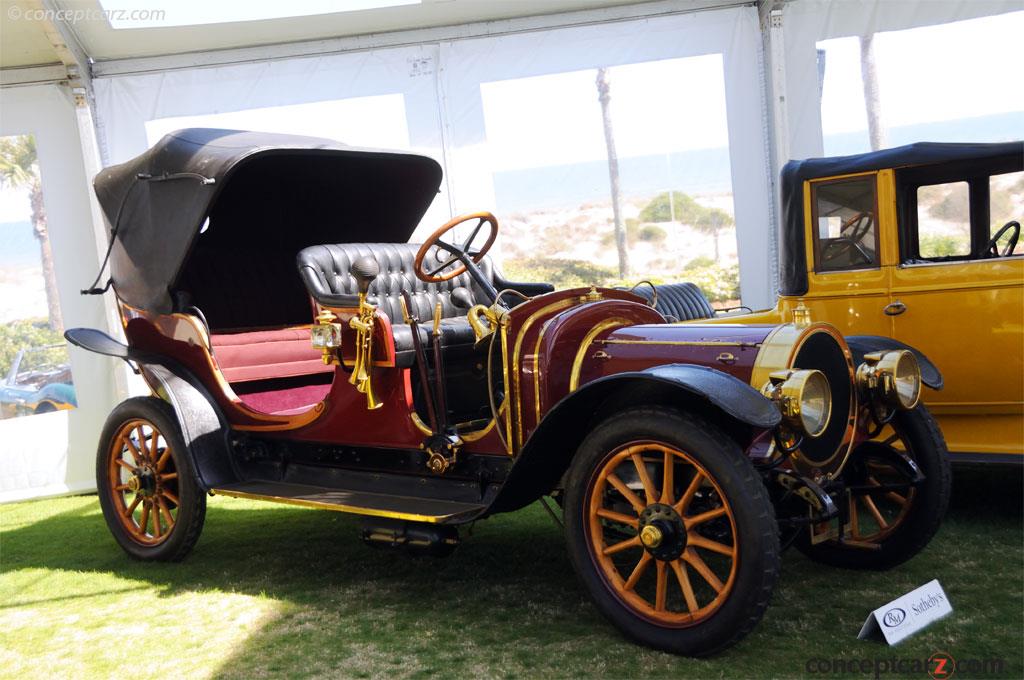 Julien Belleville made marine boilers from around 1850 and Louis Delaunay joined the firm in 1867 and later married Belleville's daughter. He changed his name to Delaunay-Belleville and eventually succeeded his father-in-law in charge of the company. In 1903, S.A. des Automobiles Delaunay-Belleville was formed by Louis Delaunay and Marius Barbarou. Barbarou was also involved in the boiler making business, his family owning the St. Denis Company in Belleville. Barbarou had experience with automobiles, having worked for Clément, Lorraine-Dietrich and Benz.

The Delaunay-Belleville would become a prestige marque building some of the finest automobiles on the road at the time. From the onset, they had three models, all powered by a four-cylinder engine and may have been the first automobiles to utilize pressure-lubricated camshafts. The brakes were water-cooled and the bodies attached to the frame with just four bolts.

In 1909, they became the first French car maker to offer a six-cylinder engine, a 70 horsepower model. The model became known as the Type SMT, or Sa Majesté le Tsar, from one of the famous purchasers of the model. It remained in limited production until 1912.

Like most car builders, Delaunay-Belleville offered the vehicles as a rolling chassis to be bodied by custom coachbuilders. Between 1906 and 1914, British imports were mainly bodied by Shinnie Brothers in Aberdeen, the shipped to London for sale.

The factory closed in 1948 and it was used to manufacture the Rovin minicar. However, the cars that truly made the Delaunay-Belleville ended in 1912 with Marius Barbarou's departure and Louis Delaunay-Belleville's death. Quality soon slipped and so did the prestige.
by Daniel Vaughan | Jul 2019
Vehicle Profiles

This Delaunay-Belleville Type IA6 is powered by a 2.6-liter six-cylinder engine and is one of 185 built. Its Open Victoria coachwork was built by Brewster of New York. It has a 'cape top' and devoid of windows, side curtains, or doors. It was later l....[continue reading]