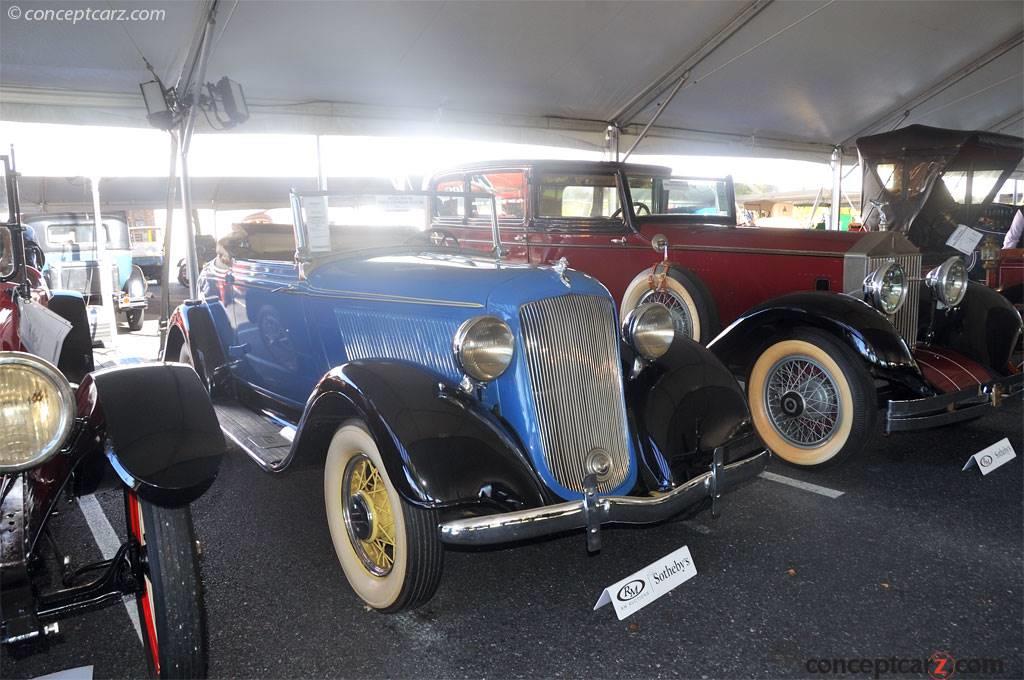 The Plymouth Company, founded in July of 1928, was produced by the Chrysler Corporation. It would remain in business until 2001. The logo was a rear view of the ship Mayflower which landed at Plymouth Rock in Plymouth, Massachusetts.

Walter P. Chrysler had taken control over the troubled Maxwell-Chalmers car company in the early 1920, which included the Maxwell automobile. He used the company's facilities to help create the six-cylinder Chrysler automobile in 1924. The Plymouth followed four years later, as a low-priced alternative to other Chrysler products and positioned to compete with Chevrolet and Ford. Although they were priced slightly higher than the competition, they were fitted with many standard features including internal expanding hydraulic brakes.

During the Great Depression of the 1930s, the Plymouth division provided much needed financial infusions for the struggling Chrysler Corporation. By 1930, Plymouths were being sold at all three Chrysler divisions, including Chrysler, Dodge, and DeSoto. By 1931, Plymouth was number three in sales among all cars.

The first six-cylinder Plymouth automobiles were introduced near the end of 1932. The new-for-1933 Chrysler PC was powered by a 189.8 cubic-inch six-cylinder engine offering 70 horsepower. Five body styles were offered, including a 2- and 4-door sedan, convertible coupe, Business Coupe, and rumble seat Coupe with prices ranging from $495 to $595. They were selling at comparable prices to their four-cylinder competition, yet did not enjoy the same sales success. With 60,000 examples sold in 1933, they accounted for 20% of Plymouths 298,557 total production.

The styling was awkward and its short wheelbase was more suitable for a four-cylinder. The engine, however, was smaller internally than the four-cylinder unit it replaced but offered five additional horsepower. With the optional high compression cylinder head installed, horsepower rose by another 6 hp.
In the front was a chromed radiator shell flanked by painted, bowl-shaped headlamp shells. The interior had an engine turned panel in the center of the dashboard.

This Plymouth Model PC Rumble Seat Convertible Coupe was acquired in 1993 by the Merrick Auto Museum. Previous owners include Butch Brown of Kearny, Nebraska. It is finished in medium blue with black fenders and rides on yellow wire wheels with wide ....[continue reading]