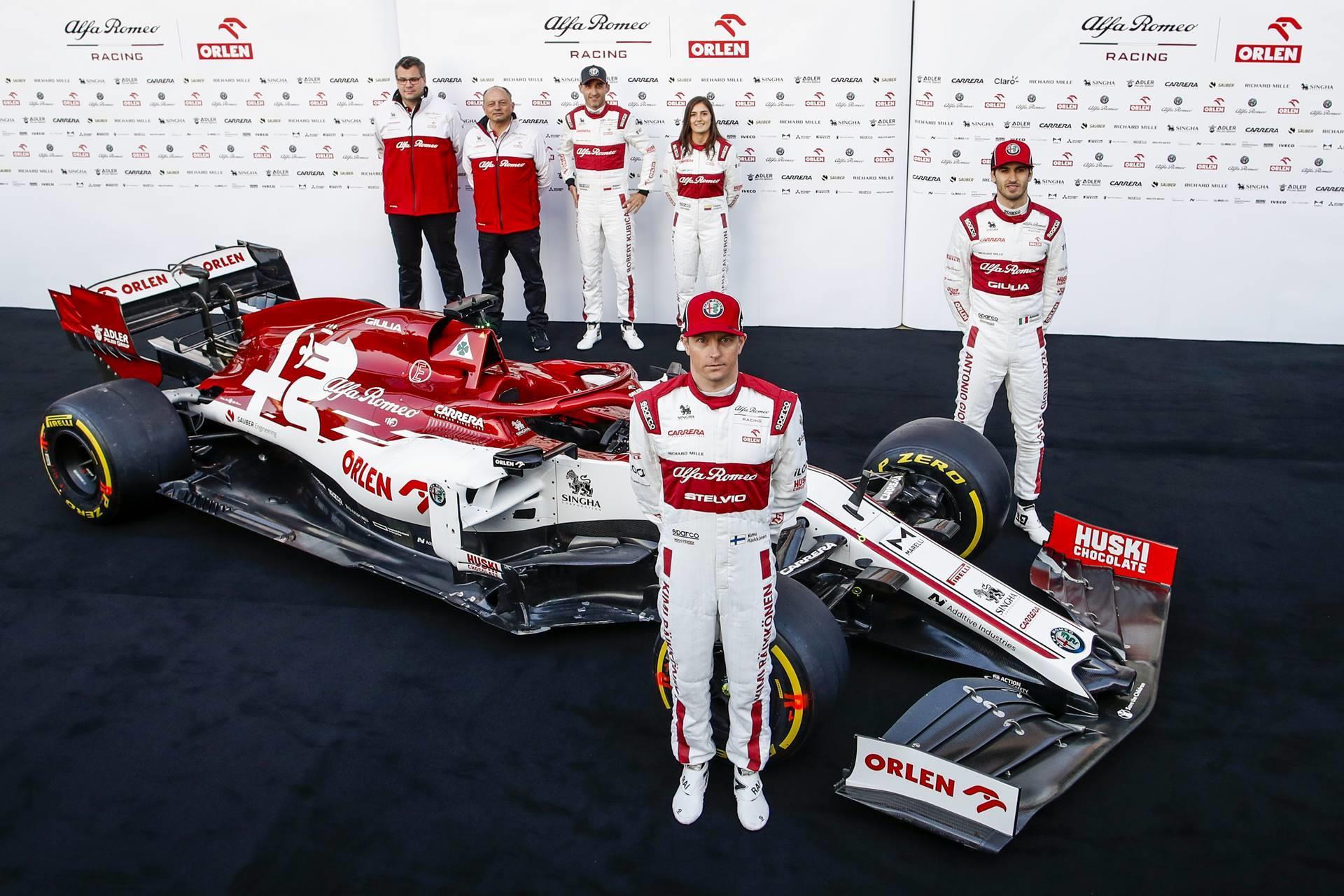 Sauber Motorsport AG, which manages and operates the Alfa Romeo Racing ORLEN team in the Formula One world championship, unveiled its 2020 contender, the C39, before the start of winter testing in Barcelona. The reveal of the car completes the grid, with Alfa Romeo Racing ORLEN being the final team to launch its livery ahead of the new season.

Race drivers Kimi Raikkönen and Antonio Giovinazzi, alongside reserve driver Robert Kubica and development driver Tatiana Calderon, pulled the covers off the C39 during a roll-out presentation in the pit lane at the Circuit de Barcelona-Catalunya.

The 2020 livery marks a step forward over previous years, continuing with the themes and layout of the classic Alfa Romeo racing colors, but at the same time introducing an all-new look in terms of graphic effects. The theme of this new paintwork developed by Centro Stile is the 'Speed-Pixel,' a graphic evocation of speed and time in the year of the brand's 110th anniversary, something that also reflects the car's advanced technology. 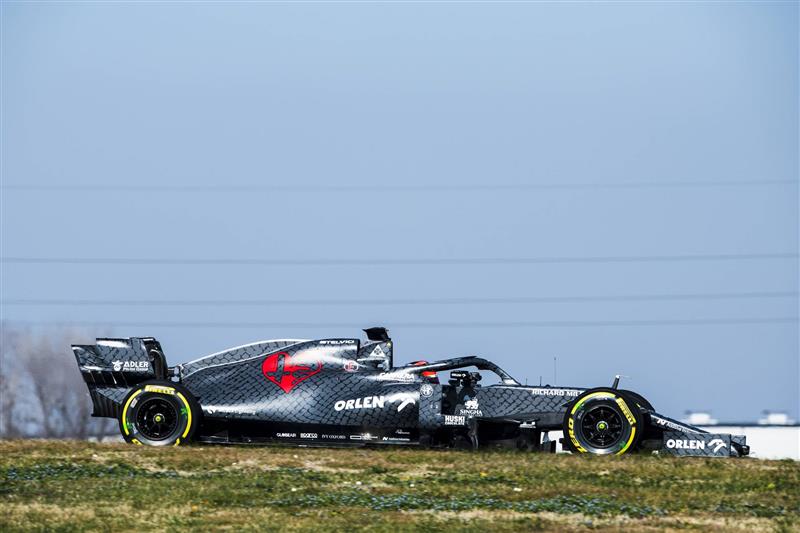 Compared to previous years, there is also a return to a simplified Quadrifoglio design and an enlarged Alfa Romeo script on the engine cover, which is now overlapping the main logo. Taking pride of place as always is Alfa Romeo's iconic logo that combines the cross from the city of Milan's ancient crest and the 'Biscione' of the Visconti family, representing 110 years of glory and victories while looking to the future at the same time.

Designed and developed under the coordination of Technical Director, Jan Monchaux, the C39 bears only a passing resemblance to its predecessor; it is, instead, a completely new concept aimed at helping the team build on the strong strides made in the last two years and continuing its progress towards the front of the grid.

The focus now switches to the crucial two weeks of testing in Barcelona. With just six days of on-track action ahead of the season opener in Melbourne, Australia, every hour of activity in Catalonia will be key to understanding the new car and extracting its potential.

For the time being, though, we can enjoy the looks of the Alfa Romeo Racing ORLEN C39. It really brings truth to the old adage of saving the best for last.

Frédéric Vasseur, Team Principal Alfa Romeo Racing ORLEN and CEO Sauber Motorsport AG: 'The C39 is the result of the hard work and vision of a large group of highly committed individuals and is testament to the quality of everyone in our team. We hope it will help us move the team forward to achieve our objectives. Our target hasn't changed. We want to do a better job tomorrow than we did today. We are a growing team and still have to improve in every single area and every single department of the company. This is an open-ended project. There is no finish line – everyone has to be fully focused and dedicated. We are moving forward. We already took a huge step compared to where we were at the beginning of 2018, but we have to continue on this path.'

Vital Stats
Engine : 1.6 L., 6-cylinder
8-speed Automatic
Jan Monchaux, Technical Director Alfa Romeo Racing ORLEN: 'The C39 is a natural evolution of last year's car, even though it doesn't share a lot with its predecessor. We have been further improving our car, but apart from maybe rims and tyres and some internal components, there is barely a single visible part that is the same. It's the usual process of constant improvement, but it's a brand new beast. We expect to improve on what we achieved last season, to make a step forward and hopefully be able to fight for the position at the top of the midfield.'

Alfa Romeo brand:
Since its founding in Milan, Italy, in 1910, Alfa Romeo has designed and crafted some of the most stylish and exclusive cars in automotive history. That tradition lives on today, as Alfa Romeo continues to take a unique and innovative approach to designing automobiles. 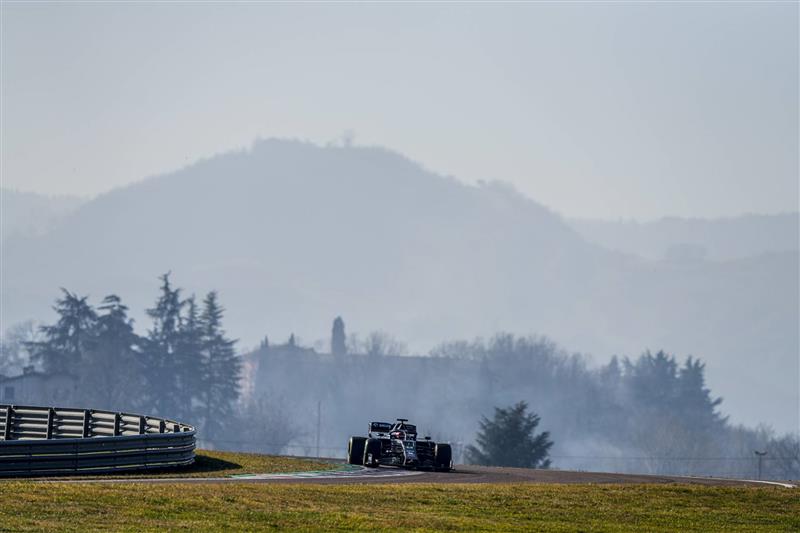 In every Alfa Romeo, technology and passion converge to produce a true work of art – every detail essential, every design the perfect harmony between beauty and purpose, engineering and emotion. To fully revive Alfa Romeo's spirit and maximise its global appeal has been one of FCA's priorities. Following a clear, well-defined strategy, Alfa Romeo is writing a new chapter in its more than a century-long history that represents an extraordinary opportunity to achieve the brand's full potential. Today, Alfa Romeo is a true showcase of the Group's best resources, talent and technological know-how.

First with the Giulia and more recently with the Stelvio, Alfa Romeo has created two models that capture the brand's original, pure spirit – that instantly recognisable character of a true thoroughbred. These models are testament to Alfa Romeo's spirit of La meccanica delle emozioni and quintessential examples of what people have come to expect from this prestigious brand. Alfa Romeo is winning the hearts of a new generation and reclaiming its rightful position as one of the world's most desired, premium brands. It is, once again, one of the leading symbols of Italian engineering and style, an icon of Italy's technological excellence and creative spirit. After more than 30 years of absence from Formula One, the brand announced its return to the sport in 2018 as Title Sponsor of the Sauber F1 Team.

Sauber Group of Companies
The Sauber Group of Companies is composed of three entities – Sauber Motorsport AG, which operates the Formula One team; Sauber Engineering AG, which focuses on prototype development and additive manufacturing; and Sauber Aerodynamik AG, which conducts full- and model-scale testing in the factory's state-of-the-art wind tunnel and creates ground-breaking innovations in the field of aerodynamics. The companies collaborate closely to apply the expertise of more than 500 dedicated individuals at the headquarters in Hinwil, Switzerland, to all internal and external projects. Since its founding in 1970, the passion for racing has been at the heart of Sauber.

For more than 45 years, the innovative Swiss company has been setting standards in the design, development and construction of race cars for various championship series, such as Formula One, DTM and WEC. Following its own Formula One debut in 1993, Sauber Motorsport AG has established one of the few traditional and privately held teams in the sport. After 25 years of competition in Formula One, the company launched a long-term partnership with Title Sponsor Alfa Romeo in 2018 and enters the 2020 championship under the Team name Alfa Romeo Racing ORLEN.Source - Alfa Romeo

Today, the Alfa Romeo Racing ORLEN team came to the test track in Fiorano to see the 2020 Formula 1 car in action for the first time.

The team's 2020 contender, the new C39 driven by Kimi Raikkönen, sported a black and dark grey snakeskin livery as it completed its first successful outing during the shakedown at Fiorano. The C39 snaked around the Fiorano Circuit for 33 laps, with Kimi displaying increasing confidence with every lap completed, a positive first session of on-track work ahead of the 2020 season.

In designing this livery, the Centro Stile Alfa Romeo took its inspiration from one of the brand's dominant icon, the heraldic 'Biscione'. The snakeskin pattern camouflages the cars appearance, disguising it until the official launch on 19 February in Barcelona. 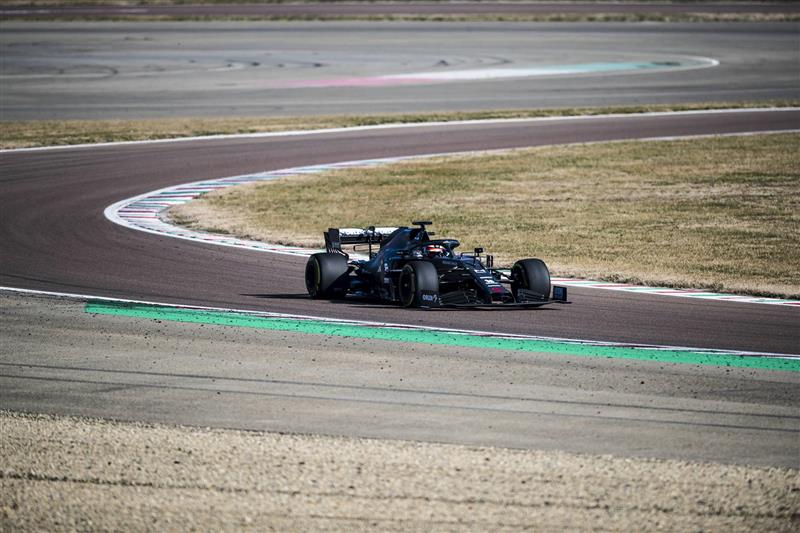 The car was also adorned with a heart shaped Alfa Romeo logo, a homage to Saint Valentine, while the top of the monocoque also displayed a tribute to the Sauber Group employees and their work creating the 2020 car.

On 19 February, the new official 2020 livery will be unveiled in Barcelona.Source - Alfa Romeo 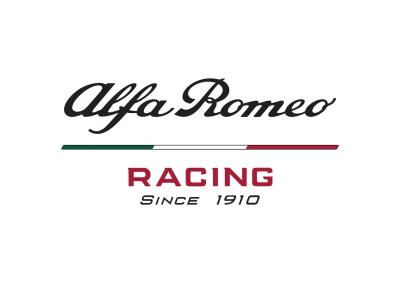 The 2019 Formula One World Championship will see two of the most historical brands in motorsport – Sauber and Alfa Romeo – return to circuits across the globe with 2007 World Champion Kimi Raikkönen and... 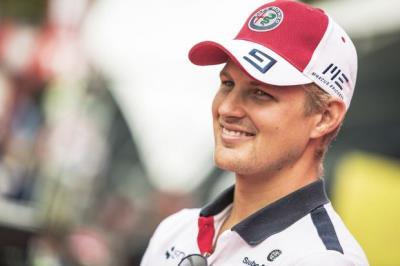 Hinwil, 25th September 2018 – The Alfa Romeo Sauber F1 Team is delighted to announce that Marcus Ericsson will continue to be part of the team taking on the role of Third Driver and Brand Ambassador. Over... 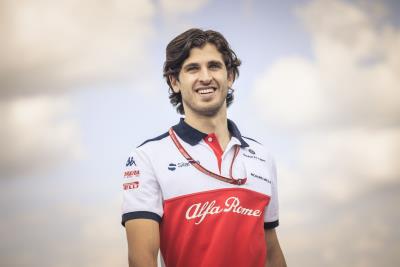 An Italian driver in Formula One with one of the Italian brands that has made car racing history Hinwil, 25th September 2018 – Alfa Romeo and the Alfa Romeo Sauber F1 Team are delighted... 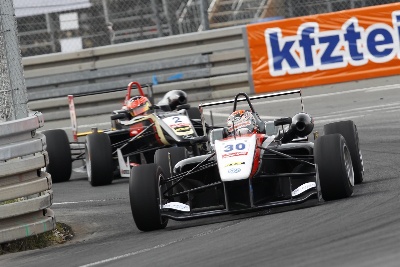 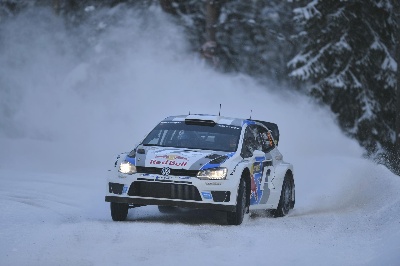 SÉBASTIEN OGIER: 'GOAL IS TO DEFEND THE TITLE'

Ogier on the Rally Sweden, the scene of his first triumph for Volkswagen in 2013 Frenchman would not swap the Polo R WRC for love nor money Among his main rivals Robert Kubica Volkswagen works...
2020 Formula One Season2020 Season Review