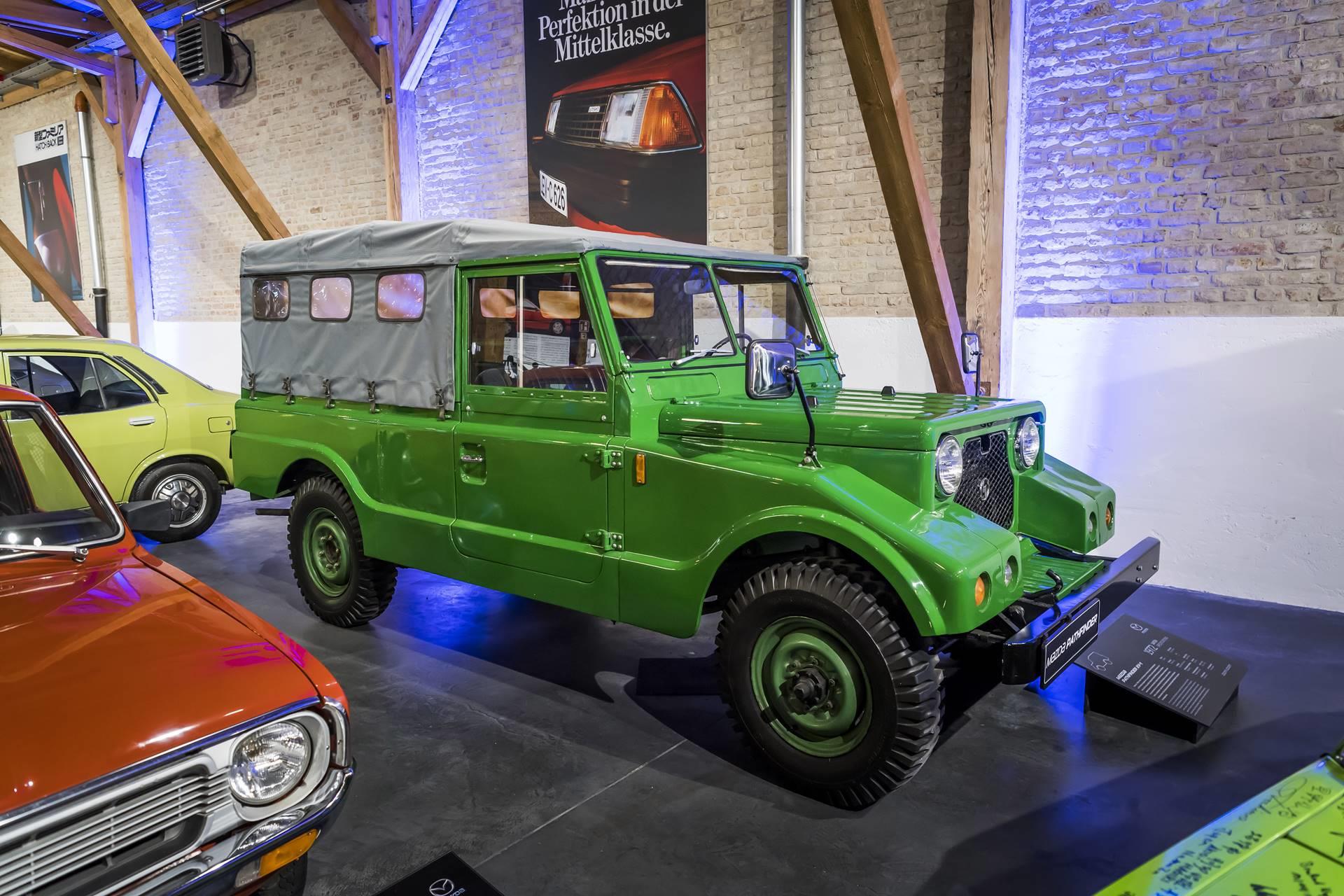 The Mazda Pathfinder was a 4x4 off-road vehicle exclusively assembled and sold in Burma and was popular with the police and military. Power was from a four-cylinder engine delivering 90 PS and was offered with either a canvas roof or an enclosed version with seating for nine individuals. A long and short wheelbase versions were available. The transmission was a three-speed floor-mounted unit. Its off-road credentials included a leaf spring solid front axle in the front, skid plate, two-speed transfer case, and large non-directional tires. The design was rather utilitarian and purposeful, with similarities to the Willys CJ, Jeep, and Land Rover 'GP's.' The hood and front fascia were reminiscent of a Volkswagen Thing, and the side profile may have been inspired by a Toyota FJ. Certainly, the off-road credentials and design aspects of many of these vehicles may have inspired the limited production and limited market Mazda off-road Pathfinder.During this era, Burma was ruled by General Ne Win who essentially closed off the country from the rest of the world. His military background influenced his policies and hindered the economic and social development of the country. With a closed-off country and a military mindset, he needed military vehicles - including Jeeps. At the time, the Japanese Government was interested in the country and investing in its future. To that end, the Japanese government convinced Mazda that the 'Jeep' they had been developing since the 1960s could be used in Burmese.
By Daniel Vaughan | Jun 2020