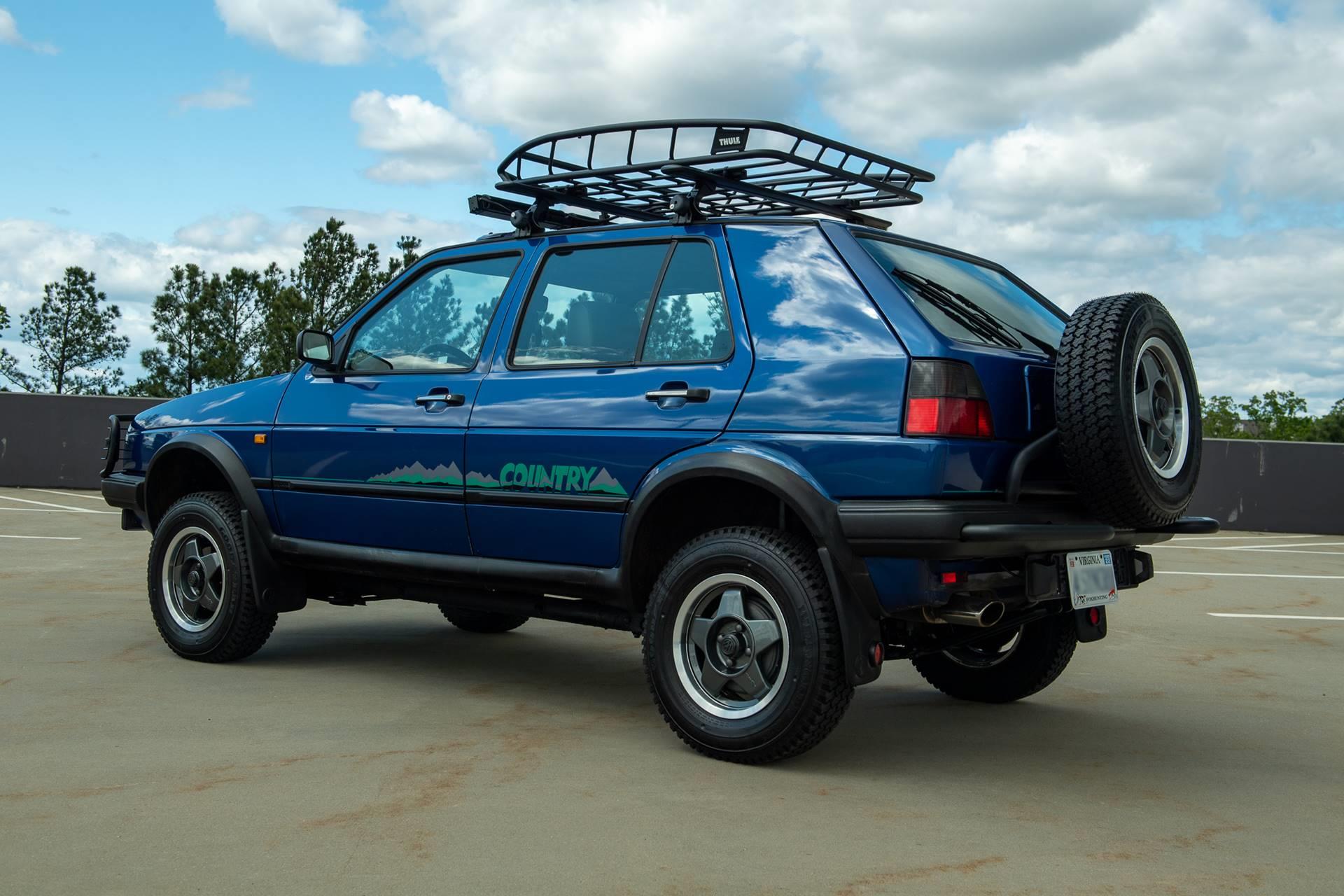 Herndon, VA – In 1989, Volkswagen introduced the 'Montana' concept at the Geneva Motor Show. The off-road Golf Mark 2 variant that had a lifted suspension and all-wheel drive was never meant for production, but the surprising demand seen at dealerships drove Volkswagen to go forward anyway. Thus was born the Golf Country. First built in 1990, the Golf Country was an early foray into the crossover SÚV category for Volkswagen, and even predated the Toyota RAV4—one of the first mass-market CÚVs—by four years.

Even the production itself was unconventional. Pre-assembled all-wheel-drive Golf Syncro vehicles were shipped from Germany to Steyr-Daimler-Puch in Graz, Austria—the same specialty manufacturer that contract built the Steyer Puch Halflinger and the original Mercedes-Benz G-wagen—where the conversion from four-wheel drive Golf Syncro to Golf Country took place.

Úsing a largely tubular lower subframe, Steyr effectively lifted the Golf 4.72 inches, resulting in more than seven inches of ground clearance. In all, 438 unique parts were fitted to each Golf Syncro to earn it the Golf Country designation, including a revised suspension, front and rear bumper bars, a rear-mounted tire carrier, four additional auxiliary front lights, and underbody armor—down to sleeves protecting the four outboard constant-velocity joints. The 1990 model photographed has had a Thule roof rack and PIAA light bar fitted.

While all of this additional weight might overpower the Golf Country's 1.8-liter 97-horsepower engine, it doesn't feel like that from the driver's seat. The gearing, slightly lower than that of the front-wheel-drive Mark 2 Golf, endows the four-cylinder with enough pep to get around without any drama. The Golf Country won't be giving any GTI a run for its money, but it can cut through a field to get to the finish line first. The Country model is utterly unbothered by bumps and ruts in the road, soaking them up with ease. There is pronounced body roll in cornering that may catch modern Volkswagen drivers by surprise—the Country is a Golf that loves to lean in. But overall, the drive experience is nothing if not charming—even 30 years on.

A Golf Country is rare, with just 7,735 vehicles produced in two years from 1990 to 1991. Rarer still is one of the few special editions that were offered, such as the 'Chrome,' which featured chrome trim on the retrofitted tubular steel bumpers and wheels, along with a better-appointed interior. Only 558 Golf Country Chrome editions were produced, and they were sold at a premium over the already expensive utility vehicles. Rarer still was the 'Wolfsburg Edition', which came with the more powerful 16-valve GTI engine underhood. Despite being legal to import one into the Ú.S., there are just a handful of Golf Country models that exist here in any trim.Source - Volkswagen
Concepts by Volkswagen

– 240 Horsepower Performance Study Takes Sentra to the Next Level – DETROIT - As Nissan expands its NISMO line of factory performance models, it is revisiting the small car performance genre and teasing the future with the dramatic Nissan...
© 1998-2021. All rights reserved. The material may not be published, broadcast, rewritten, or redistributed.