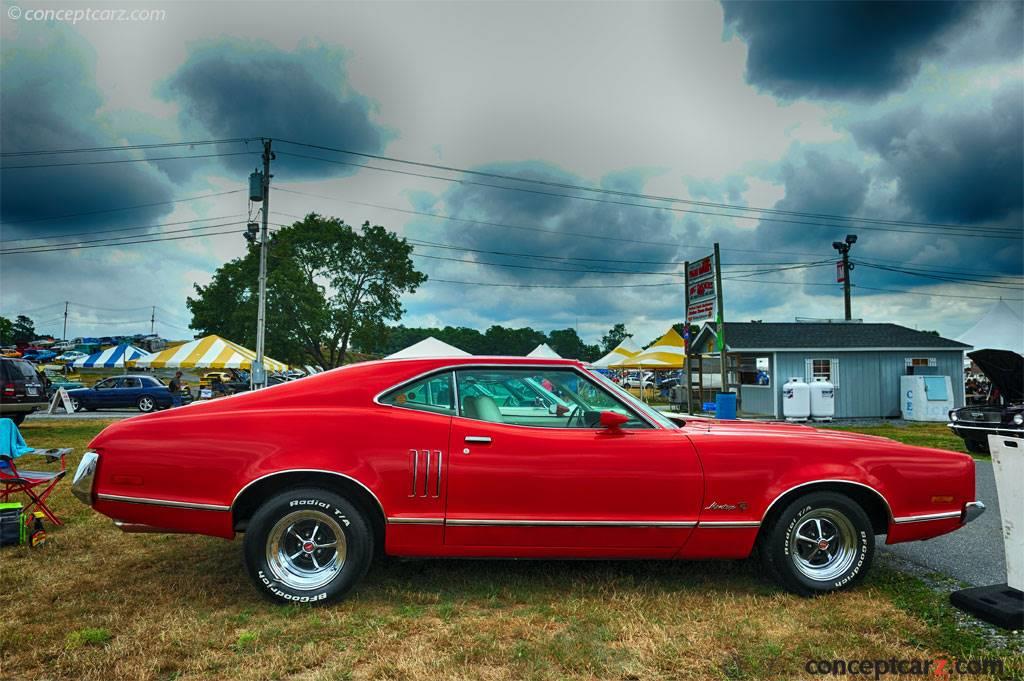 The Mercury Montego was produced from 1968 through 1976, and from 2004 through 2007. It was named after Montego Bay, Jamaica, and was first introduced to the Canadian market for 1967 as part of the Mercury-derived Meteor model line. The 1968 Montego was the Mercury counterpart of the Ford Torino intermediate-size model line. The second-generation arrived in 1970, and the third and longer-lasting generation arrived in 1972 and continued through 1976. The intermediate Ford and Mercury model lines shifted from unibody to body-on-frame construction, and the Torino and Montego line used a split-wheelbase chassis with a shorter 114-inch wheelbase platform for two-door body styles and 118 for the four-doors and station wagons. The front of the Montego had a chrome-outlined grille with a criss-cross pattern. Chrome moldings were used for the wheel wells, and the four large rectangular taillights were integrated into the bumper. The interiors were trimmed with either cloth and vinyl, or all-vinyl. The base engine was an inline six-cylinder unit that displaced 250 cubic-inches and offered 95 (SAE) net horsepower. Body styles included a four-door sedan and two-door hardtop coupe. Pricing was similar at about $2,840. 9,963 of the hardtop coupe were built and 8,658 of the sedan.The Montego MX series was offered as a sedan, hardtop coupe, and station wagon. The 250 CID six was the base engine, and prices ranged from $3,125 for the sedan and rose to $3,440 for the station wagon. Additional standard features included deluxe wheel covers, 'flight-bench' folding armrest seats, a woodgrain applique on the steering wheel, and lower rear quarter panel and upper body moldings.
The Montego GT had full-length, tire-level bodyside moldings, dual racing mirrors, louvers behind the doors, a performance hood, a tachometer, gauges, and a black-finished instrument panel. The only available body style was the hardtop fastback with a base price of $3,350. A total of 5,820 were built in 1972. The standard engine was a 302 cubic-inch, overhead-valve, V8 with 140 (SAE) net horsepower.
A three-speed manual transmission was standard and a SelectShift automatic was optional. A 302 CID, 351 CID, 400 CID, and 429 CID V8 engines were optional, with horsepower ranging from 140 hp to 248 hp. A competition handling package, dual racing mirrors, Traction-Lok differential, wide oval tires, special striping, and dual hood scoop were some of the performance features available.
By Daniel Vaughan | Aug 2020

Produced during the 1960s, the Montego was an intermediate vehicle manufactured by the Ford Motor company from 1960 until 1976. A British version of the Mercury Montego was the Austin Montego. Available only in Canada, the Meteor Montego was the top trim level model of the Ford Meteor. The model name was an inspiration from the exotic Montego Bay, the second city in size and importance....
Continue Reading >>