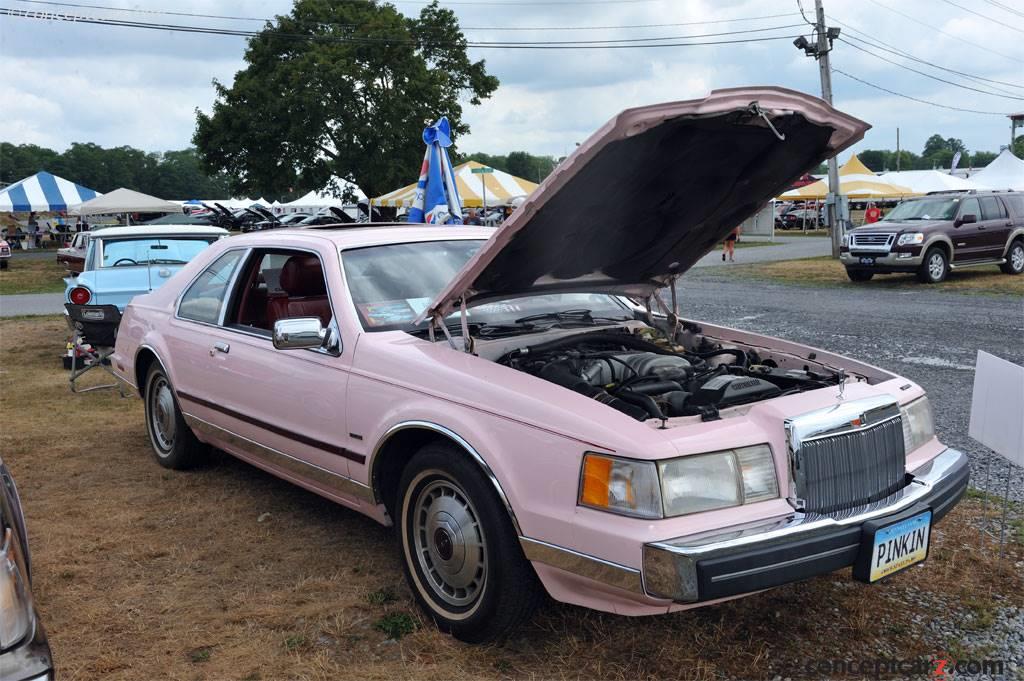 The 1986 Lincoln Mark VII now wore Lincoln badges, ending the naming confusion caused by the Continental sub-marque that had plagued the two companies for nearly two decades. Prior to 1986 it was known as the Continental Mark VII and sold alongside the Continental sedan and the Town Car (albeit the Town Car was simply called a 'Lincon' within the factory catalog). Changes to the 1986 Continental and Mark VII were minimal. The turbo-diesel BMW engine had not sold very well so it was not offered for 1986, a fate it shared with the slow-selling Versace Edition. Since both models came with a long list of standard features and amenities, many of the optional items were seldomly selected, leading to their disappearance for the 1986 model year. Anti-lock braking became standard, and the V8 engine received fast-burn combustion chambers, roller tappets, higher compression, low-tension piston rings, and sequential fuel injection.Trim levels on the 1986 Mark VII included the base 2-door coupe, the LSC, and the Bill Blass Designer Series. Prices began at $22,400 for the base coupe and rose to $23,860 for the designer edition. Production reached 20,056 which was slightly higher than the 18,355 sold the prior year, but not as high as the 33,344 sold in 1984 or the nearly 31,000 sold in 1983.
This was the third year of the aero-styled shape and wedge profile with aerodynamic headlamps and a sloping back window. In the front was a grille consisting of numerous thin vertical bars among seven larger vertical bars, surrounded by brightwork. Flanked on either side were the square headlamps and integral parking/signal lamps, which met wraparound marker/cornering lenses. Above the driver's side headlamps was 'Lincoln' lettering. LSC models had fog lamps located below the bumper rub strips. The LSC was the performance-oriented trim level that added both performance and handling upgrades. It was powered by a 302 CID V8 with multi-port sequential fuel injection delivering 200 horsepower and 285 lbs-ft of torque. The base engine was also a 302 V8 but was rated at 270 horsepower. A four-speed automatic overdrive transmission as standard on all engines and models.
The LSC came with an analog instrument cluster that replaced the former electronic display. They had dual exhausts, a handling suspension, wide bodyside moldings, lower bodyside accent paint, tachometer, leather seat trim with perforated leather or cloth inserts, and P215/65R15 blackwall tires. The anti-lock braking system, introduced on the LSC the prior year, was now standard on all models. Optional equipment the previous year that was now standard included keyless entry, Premium Sound System, power front seat recliners, and power decklid pull-down. Standard equipment included auto-temp air conditioning, P215/70R15 WSW tires on cast-aluminum wheels, rear defroster, side window defoggers, power windows, power door locks, speed control, interval wipers, tinted glass, power steering, tilt wheel, and AM/FM stereo with cassette player. The electronic air suspension system with level control continued as standard.The Bill Blass Designer Edition had leather or Ultra Suede seat trim, two-color bodyside/decklid paint stripes, lower bodyside clearcoat paint, and wire-spoke aluminum wheels. Minimal changes followed for 1987, including the removal of the CB radio from the option list, and vent windows were also discontinued. The Mark VII model line was revised for 1988, with the base trim model being discontinued, leaving the luxury-oriented Bill Blass Edition and the performance-oriented LSC, both with similar pricing. The 150 horsepower nad 200 horsepower versions of the 5.0-liter V8 were replaced by an 'H.O' version with 225 horsepower and shared with the Mustang GT. This generation of the Mark VII would continue until 1992 when the final Mark VII rolled off the assembly line on April 22nd of 1992, after 190,832 examples had been built.
By Daniel Vaughan | Aug 2020

Coupe
This base model 1986 Lincoln Mark VII was produced on April 28, 1986, and is 1 of 6,595 produced that year. Of the 190,832 produced from 1984 to 1992, this is the only one to leave the factory painted Ford Flamingo Pink. Styling on the new contemporary sized Lincoln Mark VII retained traditional Mark hues but on a dramatically different form. The aerodynamic appearance included aero headlamps, a wedge profile, and a sloping back window. Lincoln described the new Mark as 'the most air-flow efficient luxury car built in America, with a drag coefficient of 0.38' This edition was over a foot shorter than the Mark VI and mounted on the same chassis as the Lincoln Continental sedan. Some compared Mark VII's new design to Ford Thunderbird and event o Mercedes 380 SEC. 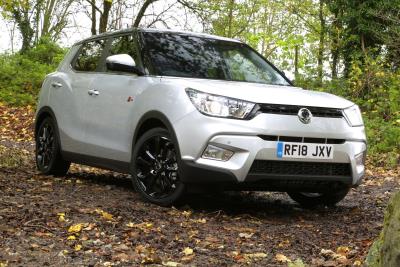 Spring Into Springtime With An 18 Reg Ssangyong

Date February 2018 Six model range of SUVs, four-wheel-drives, a pick-up and an MPV 0 finance offers available on Tivoli, Tivoli XLV and Korando Prices from just £13,495 or £149 per month...