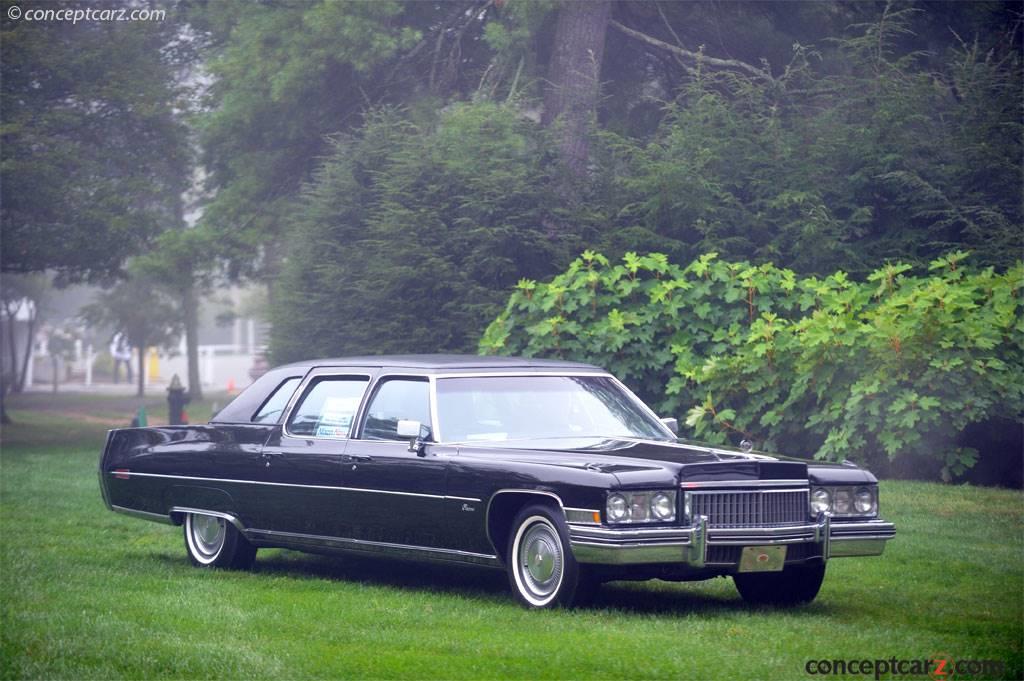 The Cadillac Series 75 was a large and luxurious automobile with body styles typically reserved for commercial applications such as Limousines and Hearses. The 1973 Cadillac Series 75 had a wheelbase that ranged from 151.5- to 157.5-inches and had an overall length of 251 inches. The factory price for the six-passenger sedan began at $11,950 and the limousine began at just over $12,000. These were the most expensive automobiles in the 1973 Cadillac lineup, nearly twice the price Fleetwood Sixty Special Brougham. Power was from an overhead-valve, 500 cubic-inch V8 engine that had five main bearings, hydraulic valve lifters, a Rochester Quadrajet four-barrel carburetor, and delivered 365 horsepower at 4,400 RPM.

The total 4,272 examples of the Series 75 built in 1973 accounted for just over 1-percent of Cadillacs total production. Cadillac had considered removing the Series 75 from its lineup as far back as 1948 due to its low production numbers, but the luxury class market dictated the retention of these exclusive models, especially for commercial purposes.
by Daniel Vaughan | Sep 2020

This car was originally leased by General Motors to the White House Motor Pool for the sum of $1 per month. It was used exclusively as transportation for First lady Patricia Nixon. Following the resignation of President Nixon, it was assigned to the ....[continue reading]