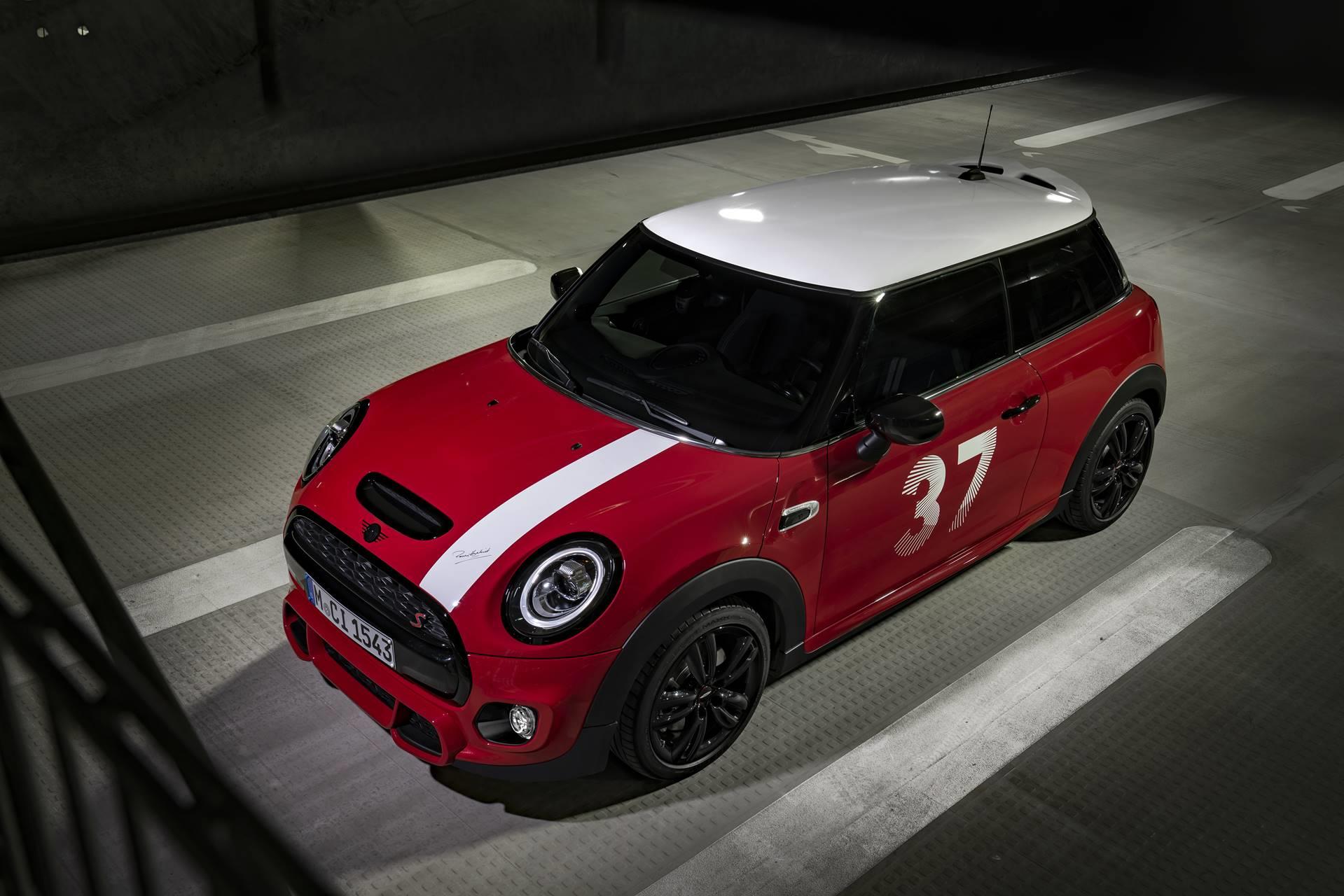 NUMBER 37 IS BACK ON THE STARTING LINE: THE MINI PADDY HOPKIRK EDITION 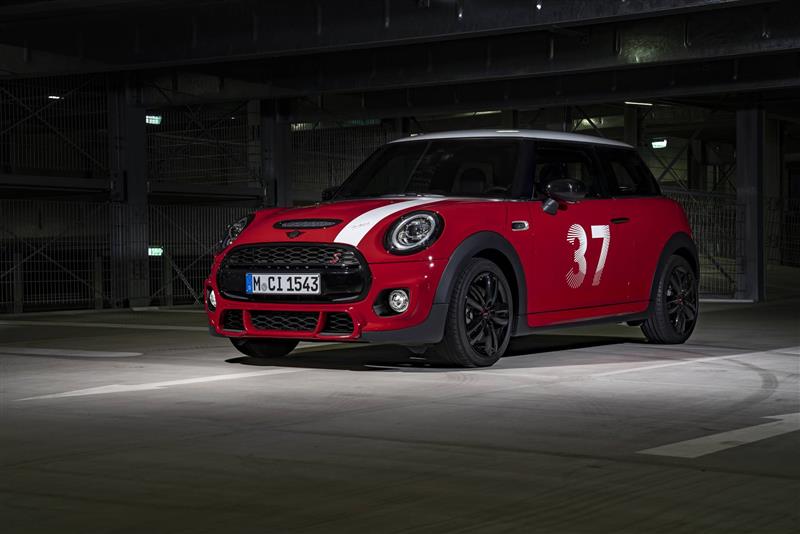 •Exclusive special model in honor of the victorious driver commemorates the first triumph of the classic Mini at the legendary Monte Carlo Rally in 1964
•Latest Special Edition available from November 2020 onwards in the Ú.S. as MINI Cooper S Hardtop 2 Door 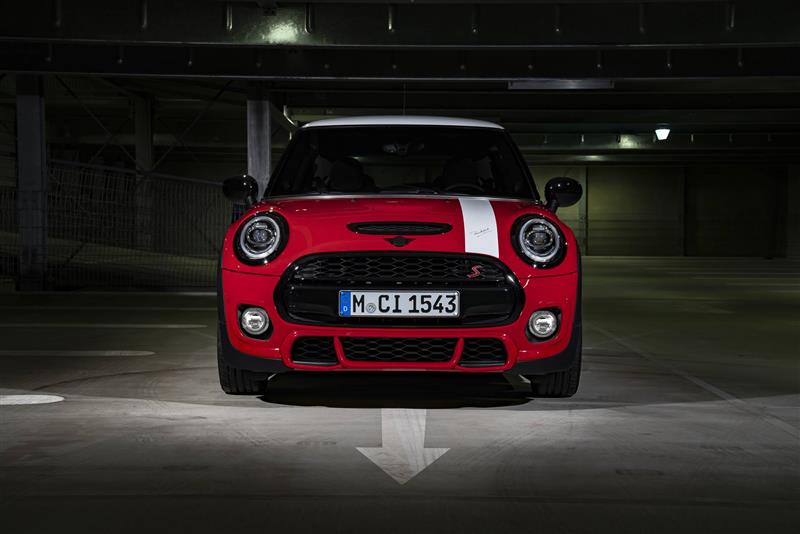 MINI ÚSA announces the availability of the new MINI Paddy Hopkirk Edition in the Ú.S. The MINI Paddy Hopkirk Edition will be available to Ú.S. customers November 2020 and is based on the popular MINI Cooper S Hardtop 2 Door model. Inspired by the historic rally winning model, this special edition Cooper S features the famous starting number 37 livery, body finished in Chili Red and a contrast white roof.

56 years have passed, but memories of the great triumph achieved by the small car with the starting number 37 are still vivid. In 1964, the classic Mini Cooper S clinched the first of three overall victories at the legendary Monte Carlo Rally. At the wheel was the then 30-year-old Northern Irish rally driver Patrick 'Paddy' Hopkirk. In his honor, MINI now presents an edition model with exclusive design and equipment features to mark one of the most spectacular achievements in the international motorsport history. One unmistakable reminder of Hopkirk's historic win in the classic Mini is the car's start number 37, which is featured in stylized form on the driver and passenger doors of the edition model.

Hopkirk's victorious run in the Mini Cooper S was widely celebrated by spectators on site and motor racing fans in the ÚK. Driving the small British car with his English co-pilot Henry Liddon, Hopkirk overcame the odds against competitors with significantly greater engine power. The handicap formula in force at the time meant that differences in weight and output within the starting field were compensated to a certain extent. But the crucial factors in winning the challenging chase over country roads and mountain passes, through ice snow, around tight corners and down steep slopes were the agility and reliability of the Mini Cooper S and the driving skill of Hopkirk.

The surprise win in Monte Carlo made Paddy Hopkirk the ÚK's most famous rally driver overnight. At the same time, the classic Mini advanced from outsider and crowd pleaser to being a true motor racing legend. This status was reaffirmed in the years that followed when the Mini Cooper S dominated the Monte Carlo Rally. Hopkirk's Finnish team mates Timo Makinen and Rauno Aaltonen added two more outright victories to the title collection in 1965 and 1967.

The winning streak at the Monte Carlo Rally continues to inspire MINI fans all over the world to this day. With the MINI Paddy Hopkirk Edition, they now have the opportunity to express their passion for racing in a particularly authentic way. The edition model combines its exterior paintwork in the style of the historic rally winner in a market-specific manner with 17-inch John Cooper Works light-alloy wheels in Track Spoke Black design and numerous other accentuations in dark colors. The frame and horizontal brace of the radiator grille are finished in high-gloss black, as are the inserts for the lower air intakes, the opening in the bonnet, the door handles, the fuel filler flap, the tailgate handle, the MINI logos at the front and rear as well as the surrounds for the headlights and rear lights.

The start number 37 also appears on the side indicator elements known as side scuttles. Other unmistakable features on the exterior are the LED headlights and the rear lights in Únion Jack design, stickers with the inscription 'Paddy Hopkirk Monte Carlo' and a single white bonnet stripe on the driver's side, which like the tailgate of the edition model, bears the signature of the 1964 'Monte' winner. In addition, the famous number and letter combination 33 EJB of the number plate of the 1964 Monte Carlo winning car is shown on the bonnet strip using 3D effect graphics.

Hopkirk's signature also appears on the decorative trim strip on the passenger side, which forms part of the Piano Black high-gloss interior surfaces. Another exclusive design feature is the MINI LED entry sills bearing the name 'Paddy Hopkirk'. The MINI Excitement Package and Comfort Access are also included in the MINI Paddy Hopkirk Edition.

The MINI Paddy Hopkirk Edition will be available at MINI dealers across the Ú.S. in November 2020.Source - MINI 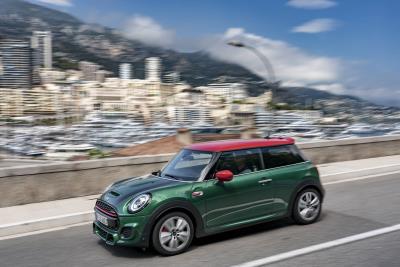 In The Tracks Of A Legend: With The Mini John Cooper Works In Monaco

The MINI John Cooper Works is the epitome of extreme driving fun in the premium segment of small cars. The search for its sporting DNA takes us to the scene of the greatest triumph for the classic Mini and on a journey through time back to the golden... 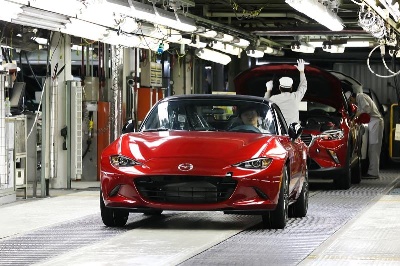 IRVINE, Calif., April 20, 2015 -- The wait is almost over, as North America-bound 2016 Mazda MX-5 Miata production began today, signaling the imminent arrival of the next generation of the worlds most popular two-seat roadster at U.S. dealers.... 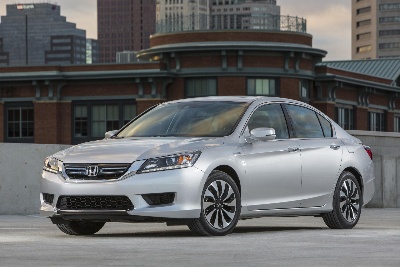 A HALLOWEEN ON-SALE FOR THE ALL-NEW 2014 ACCORD HYBRID

10312013 - TORRANCE, Calif. Our trick A new, super-efficient, two-motor Honda hybrid system Your treat 50 mpg EPA city rating1, the top city fuel economy rating of any 4-door sedan in America Forget the candy corn, the must-have Hallowe...
© 1998-2020. All rights reserved. The material may not be published, broadcast, rewritten, or redistributed.