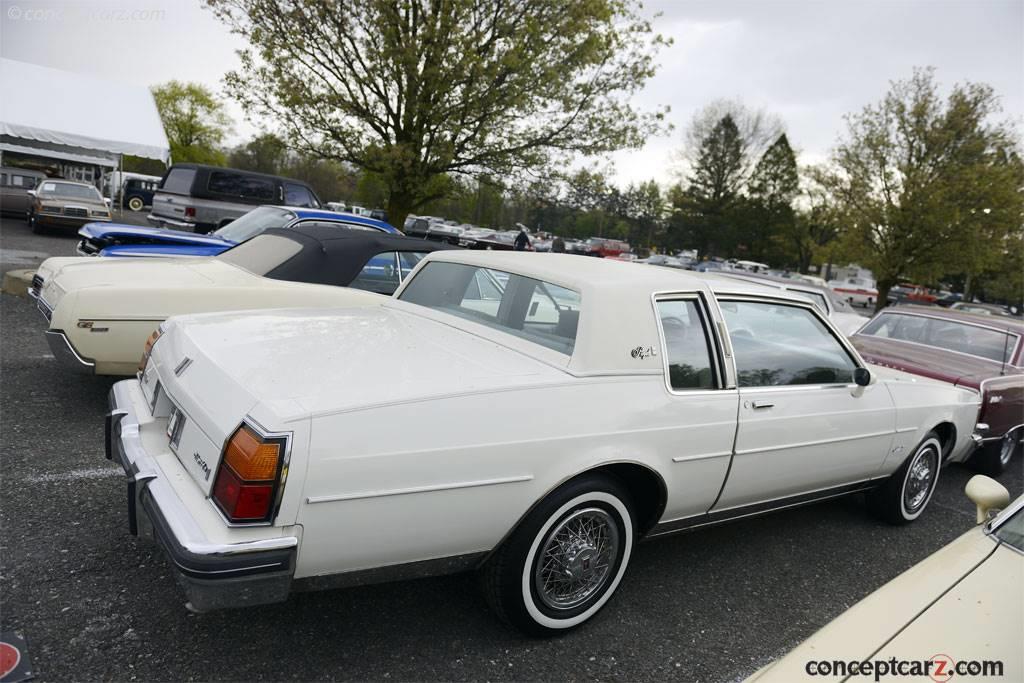 Oldsmobile introduced the eighth generation of styling for the Oldsmobile 88, now called the Delta 88, in 1977 and it would remain in production through 1985. The Delta 88, along with other GM B-body cars, now rested on a 116-inch wheelbase platform, significantly shorter than the previous 124-inch platform, although interior dimensions remained mostly unchanged. The weight was reduced by nearly 900 pounds helping improve performance and fuel economy. The standard engine was a 231 cubic-inch Buick V6 backed by a Turbo-Hydramatic 200 automatic transmission. The base V8 engine was the Oldsmobile 260 CID, and options included either a Chevrolet 350 or Oldsmobile 350. Body styles included two pillared body styles on the Delta 88 and Royale models, along with a four-door Town Sedan and a two-door coupe.

The 1984 Delta 88 had quad rectangular headlamps positioned beside wraparound side marker lenses, with parking and signal lamps incorporated into the bumper. Thin trim traversed the bodyside, and chrome molding highlighted the wheel wells, windshield, and windows. In the back were wraparound taillamps with vertical ribbings, segregated into upper and lower segments. The overall design theme was boxy yet elegant, with slight use of chrome trim to accent design elements.

The entry-level Oldsmobile for 1984 was the Firenza and Firenza Cruiser priced from $7,200 to $8,000. The Firenza was offered solely with four-cylinder power, while the Omega and Omega Brougham could be had with either a four or six-cylinder engine. The diverse Cutlass - including the Cutlass Ciera LS, Cutlass Ciera Brougham, Cutlass Supreme, Cutlass Supreme Brougham, and Cutlass Calais - remained very popular and was priced from the low $9000s to the low $10,000s. Next in Oldsmobile's pricing scheme was the Delta 88 Royale followed by the Ninety-Eight Regency selling for $14,000 - $15,200. The upscale Toronado Brougham was the most expensive model, priced at $16,100 for the two-door coupe with seating for six.

The Oldsmobile Delta 88 Royale coupe listed for $9,940 and the sedan was $10,050. The sedan was more popular of the two with 87,993 examples built compared to 23,387 of the coupe. The base engine was a Buick-built 231 cubic-inch V6 with overhead valves, a cast-iron block and head, hydraulic valve lifters, four main bearings, a two-barrel carburetor, and 110 horsepower at 3,800 rpm and 190 lb-ft of torque. The optional overhead V8 displaced 307 cubic inches, had hydraulic valve lifters, five main bearings, a four-barrel Rochester carburetor, and delivered 140 bhp at 3,600 RPM and 240 lb-ft of torque. A diesel V8 was also available with a 350 cubic-inch displacement and 105 horsepower and 200 lb-ft of torque. The standard transmission was a three-speed Turbo Hydra-Matic. Disc brakes were in the front and drums were at the rear.

The combined production of the Delta 88, including the Delta 88 Royale Brougham, Custom Cruiser, and LS sedan accounted for approximately 25-percent of Oldsmobile's total production.
by Daniel Vaughan | May 2021

This 1984 Oldsmobile Delta 88 Royale Brougham Coupe is powered by a 307 cubic-inch V8 engine backed by an automatic transmission. There are 67,000 original miles on the odometer.....[continue reading]