Suggested vehicles
Specification comparison
Related news
As the 1960s were coming to a close, Ford's factory racing program and 'Total Performance' marketing scheme gave way to new and more economical models designed to cope with tightening emissions, insurance and safety regulations. Ford's compact Falcon had initially been very successful, but its popularity decreased with the arrival of the Falcon-based Mustang. Both models proved that the American public was eager for a compact and economical model, and when it came time to replace the aging Falcon, Ford did so with the Maverick. The Maverick, internally codenamed 'Falcon Dragonfly II,' was initially built as a two-door, five-passenger sedan. Designs began taking shape in late 1967 and launched on April 17, 1969, as a 1970 model. It used the existing Falcon unibody chassis and was powered by Ford's 170 cubic-inch inline 6-cylinder engine paired with a choice of 3-speed column-shifted manual or C4 Cruise-O-Matic automatic transmissions. With economy and practicality being paramount, optional equipment was limited at first. The Ford Maverick was instantly popular, and was the right car at the right time, selling in numbers that recalled the Mustang's immensely successful debut. With strong demand, Ford left the Maverick essentially unchanged for 1970, gradually adding items to the options list and applying updates that kept it current with the fast-changing times, including DOT-mandatory bumpers and other required safety equipment. Eventually, it became available with Ford's larger 200 cubic-inch Six and two-barrel 302 CID V8. In 1971, the Maverick was joined by a Mercury stablemate named the Comet, and both models remained in production through 1977.
The 1973 Ford Maverick
Minor updates were applied to the 1973 Maverick with the biggest change being the replacement of the 170 CID engine with the 200 CID inline-6 as standard. The previously optional chrome grille was now standard, the front bumper became slightly larger in compliance with federal 5 MPH regulations, and the interiors now came with an AM/FM stereo. The two-door sedan body style was priced at $2,240 with the six-cylinder engine and $120 higher with the 302 cubic-inch V8. The four-door sedan had a factory base price of $2,300 ($2,420 with the V8) and the 2-door Grabber was priced at $2,420 with the six and $2,540 with the V8.
The most popular 1973 Maverick body style was the two-door sedan with 148,943 examples built, followed by 110,382 of the four-door, and 32,350 of the Grabber. Ford had introduced the Grabber trim package in mid-1970 and it came with a spoiler, graphics, and trim updates. In 1971, a special 'dual dome' hood increased its sporty persona even further. The 200 cubic-inch inline six-cylinder engine had overhead valves, seven main bearings, a cast-iron block, a single-barrel carburetor, 8.3:1 compression, and delivered 84 (net) horsepower at 3,800 RPM. The optional 302 cubic-inch V8 had five main bearings, a Motorcraft two-barrel carburetor, 8.0:1 compression, overhead valves, and produced 135 (net) horsepower at 4,200 RPM. The Maverick continued to be built atop the 103-inch wheelbase chassis from the Falcon and had an overall length of 179.4-inches. Although the Pinto was smaller with a 94-inch wheelbase, the Maverick was more compact than other Ford vehicles, many having a 121-inch wheelbase. The 1973 Mustang had a 109-inch wheelbase and an overall length of 189.5-inches. Production of the Ford Maverick continued through 1977 in the United States and was also manufactured in Venezuela, Canada, and Mexico, and from 1970 to 1979, in Brazil.
By Daniel Vaughan | Jun 2022

Replacing the Falcon, the Ford Maverick was introduced in 1970 and became the only car to sell as competitively as the Mustang. The name Maverick has been used on several models during the 70s, the Grabber, Stallion, and Sprint. The Maverick name has also appeared on several different SUVs in both Australia and Europe. Even after its potential was met in the U.S., Australia released....
Continue Reading >> 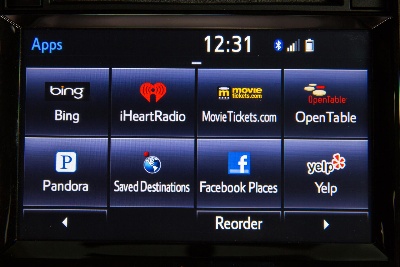