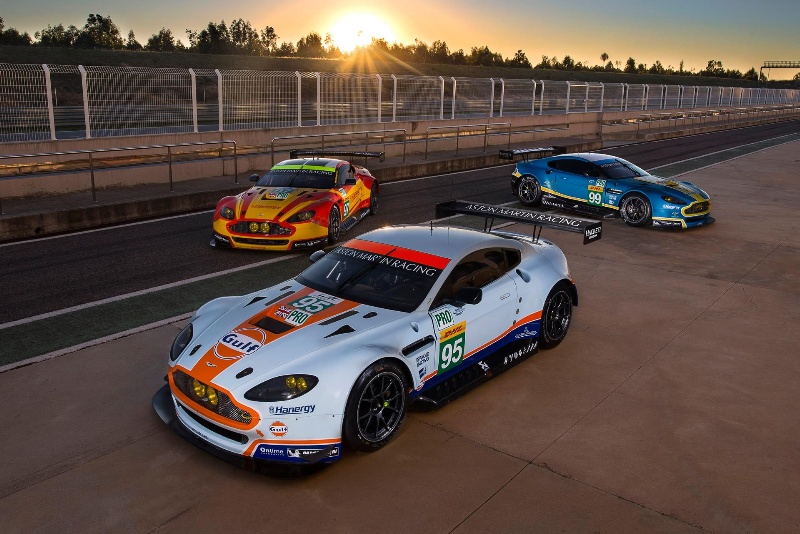 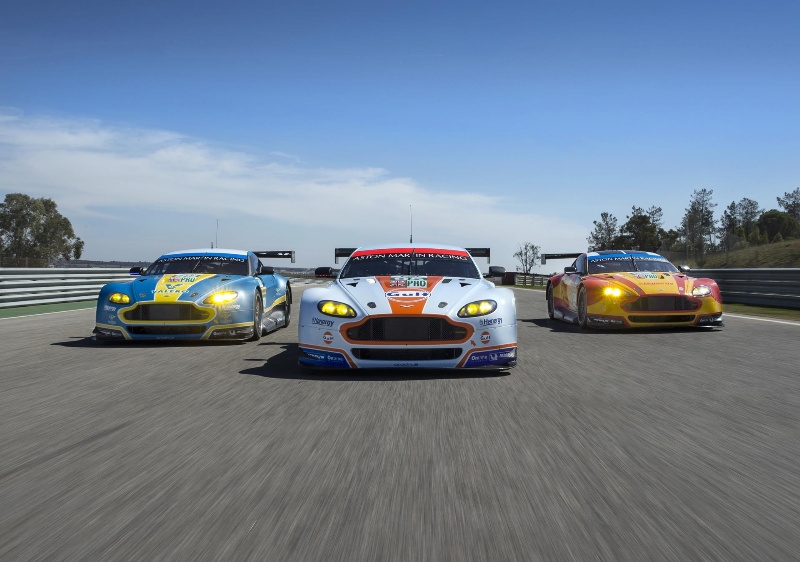 In its eleventh year of competition, Aston Martin Racing returns to the WEC with three Vantage GTEs in the GTE Pro class and two cars in the GTE Am class. Looking to add to its impressive tally of 19 race wins and three championship titles, the team aims to claim the coveted GT manufacturer's title, as well as both GT titles at the 24 Hours of Le Mans. Meanwhile, in its third year competing at the Nürburgring in the world-famous endurance race's top SP9 class for GT3 cars, Aston Martin Racing is doubling its entry, underlining the British sport car brand's commitment to top-level GT racing. 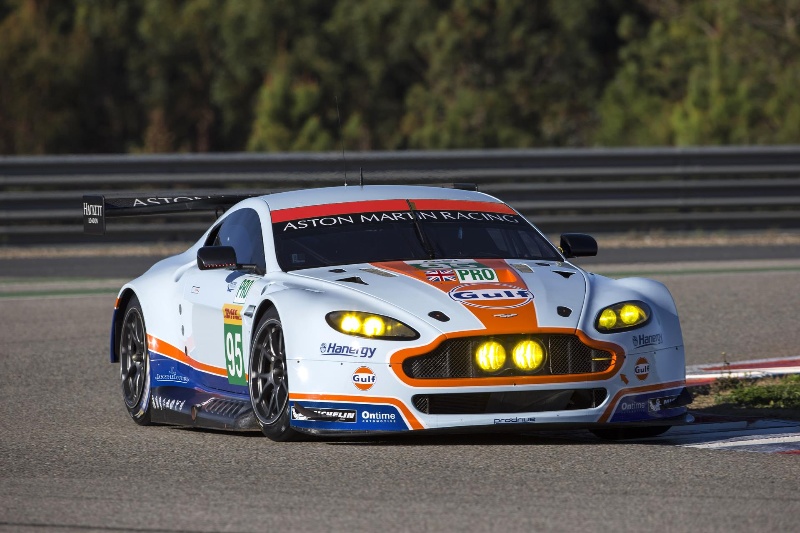 All the cars being campaigned in the WEC, at Le Mans and at the Nürburgring are derived from the sports car maker's road-going Vantage range. Today's Vantage line-up – comprising three distinct models using one of two advanced engines; V8 Vantage, V8 Vantage S and V12 Vantage S – represents a clear and strong link between road car and race car.
CEO, Dr Andy Palmer, said: 'Announcing our largest racing programme to date ten years to the day after Aston Martin Racing's debut win at Sebring 12 Hours clearly shows how the team has progressed, building year-on-year on its success.
'Our multiple wins last year underlines our ability to perform at the highest level and, as we look forward to the 2015 season, we're anticipating another exciting and highly competitive year of exhilarating GT racing in the WEC, as well as at Le Mans and the Nürburgring.' 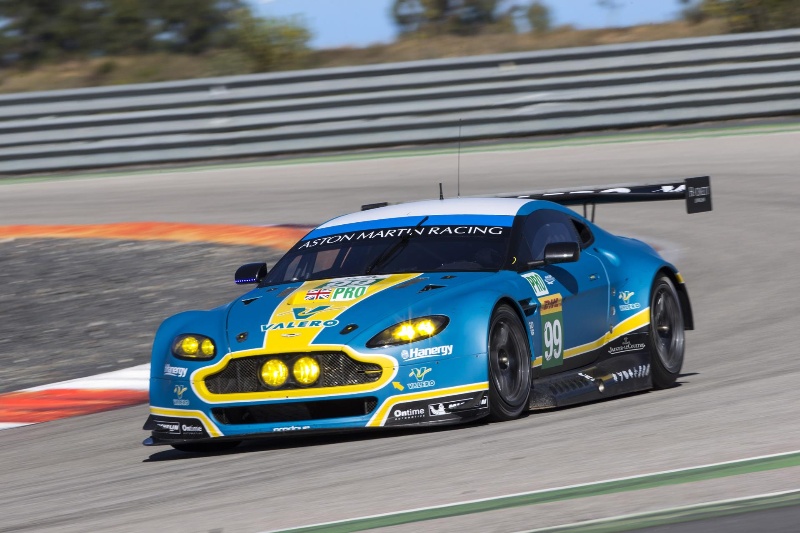 Aston Martin Racing' s WEC campaign will continue to benefit from the support of long time partners Gulf whose famous livery will feature on three of the works cars, while more recent partners Hanergy and Valero will be represented with their own new liveries on the other two GTE challengers. Meanwhile for the Nürburgring, the cars will once again carry the iconic colours of Bilstein and Castrol. Aston Martin Racing's 2015 season starts with The Prologue, the official WEC test session at Circuit Paul Ricard in France on 28 and 29 March. The opening round of the championship, the Six Hours of Silverstone, takes place on 12 April and Nürburgring 24 Hours begins on 16 May. 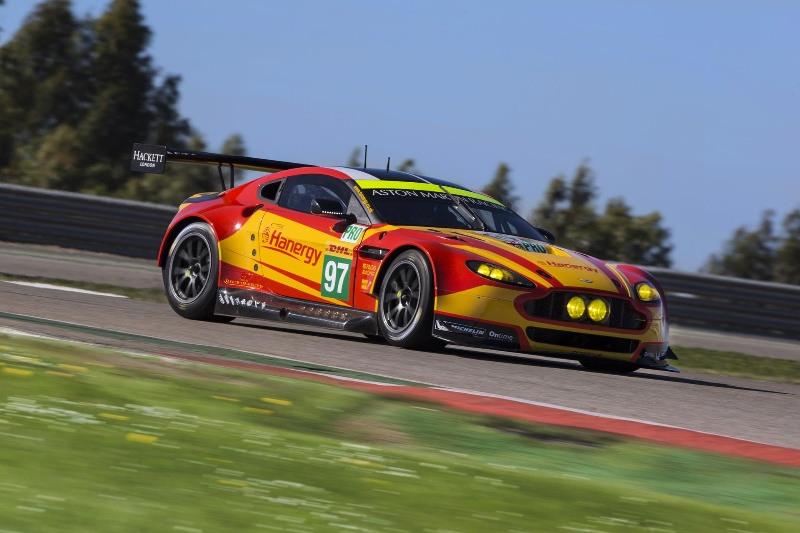 Join in with the team on Facebook, Instagram and Twitter using the hashtag #teamAMR. Driver line-ups: World Endurance Championship and 24 Hours of Le Mans 95: Marco Sørensen, Christoffer Nygaard, Nicki Thiim 96: Francesco Castellacci, Roald Goethe, Stuart Hall 97: Darren Turner, Stefan Mücke, Rob Bell (Six Hours of Spa and Le Mans) 98: Paul Dalla Lana, Pedro Lamy, Mathias Lauda 99: Alex MacDowall, Fernando Rees, Richie Stanaway Nürburgring 24 Hours 007: Darren Turner, Stefan Mücke, Pedro Lamy 008: Richie Stanaway, Jonny Adam, Mathias Lauda Driver quotes: Darren Turner: 'The WEC continues to go from strength to strength and, for any driver, to be involved in an FIA World Championship is always exciting. I'm back with my team-mate Stefan for another year and really looking forward to getting stuck in and taking the fight to our competitors! I think we have a strong chance this year; everyone has worked very hard over the winter and we are all focused on winning the championship.' Rob Bell: 'It's fantastic to be returning to Aston Martin Racing, especially at the 24 Hours of Le Mans. I think that Darren, Stefan and I make a very strong line-up and together we have a great chance of success.' Alex MacDowall: 'It's great to have Richie in the team. He's performed really well in the WEC in the past and he's a great team-mate. I'm looking forward to seeing what we can do together.' Stuart Hall: 'We had a great season in the ELMS but it's definitely good to be back in the WEC. This really is the pinnacle of sports car racing and I love being a part of it.' Mathias Lauda: 'I'm over the moon to be part of Aston Martin Racing. Especially to be racing in the WEC, which I believe is the best championship in the world. This is because it has the most manufacturers, it is very professional and it travels to some of the best circuits in the world and I'm proud to be doing it with the best GT team.' 2015 racing calendar: WEC Six Hours of Silverstone: 12 April 2015 WEC Six Hours of Spa-Francorchamps: 2 May 2015 Nürburgring 24 Hours: 16 May 2015 24 Hours of Le Mans: 13 June 2015 WEC Six Hours of Nürburgring: 30 August 2015 WEC Six Hours of Austin: 19 September 2015 WEC Six Hours of Fuji: 11 October 2015 WEC Six Hours of Shanghai: 1 November 2015 WEC Six Hours of Bahrain: 21 November 2015