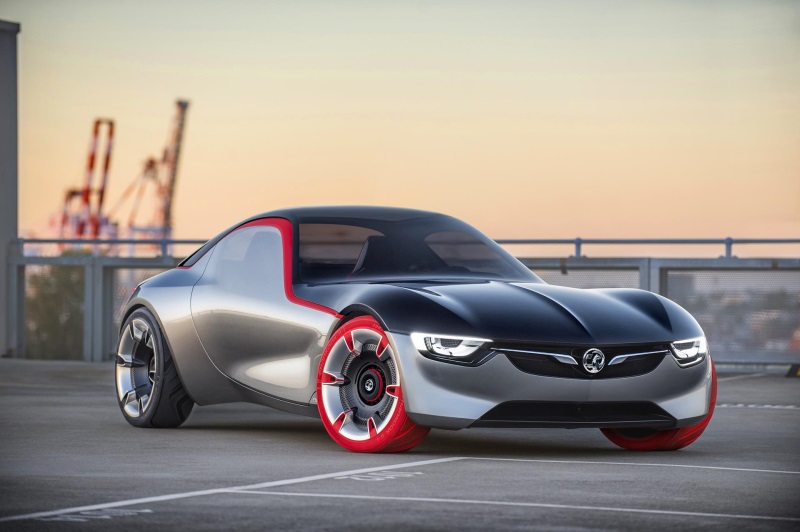 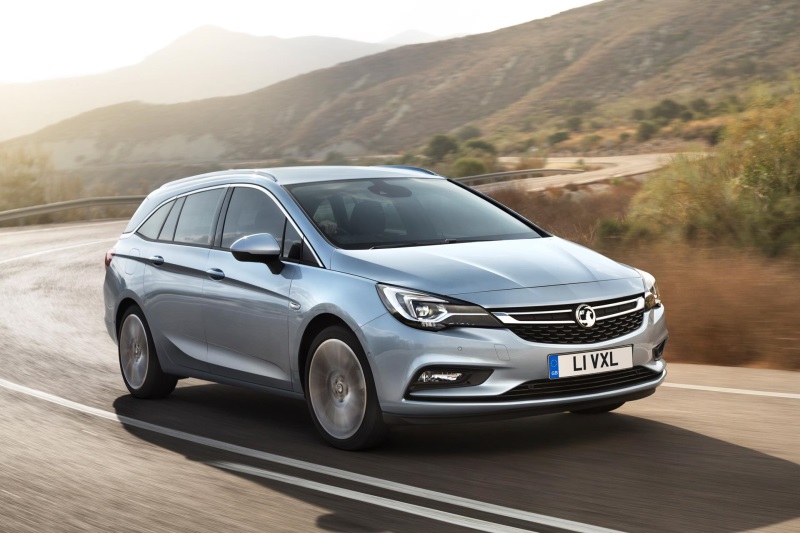 As usual the show, which opens its doors to the public from 3rd to 13th March, begins with two press days. Opel Group CEO, Dr Karl-Thomas Neumann and his team are inviting all journalists to the Vauxhall/Opel press conference on 1st March at 11:00 CET on stand 2231 in hall number 2 of the Palexpo. For media that cannot attend in person, the press conference can be viewed via the following livestream: http://www.opel-tv-footage.com/o/o_livestream.jsp 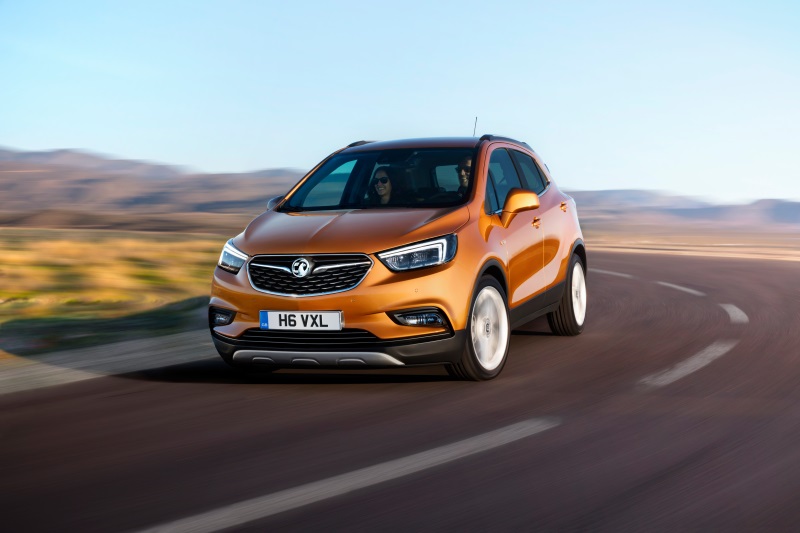 GT Concept
Purebred, pared down, yet unashamedly avant-garde, the GT Concept is even shorn of door handles and door mirrors, its breathtaking form clothing a classic front mid-engined, rear-wheel drive chassis that will appeal to driving enthusiasts.
While the GT Concept is forward-thinking, encapsulating Brit designer Mark Adams' philosophy of 'Sculptural Artistry meets Technical Precision', its name mirrors that of the 1964 GT Concept, the first styling model to be produced by the nascent Vauxhall Design & Engineering Centre in Luton which opened the same year. But importantly, it pays homage to two significant motor show cars: the 1966 Vauxhall XVR and the 1965 Opel Experimental GT, the first true concept vehicles to appear from the design houses of a European manufacturer. The 2016 GT Concept is also a logical step on from the innovative and beautiful Monza concept from 2013. 'We created the GT Concept to capture the bold, emotional spirit of both the Vauxhall and Opel brands,' said Mark Adams, Vice President, Design Europe. 'It is dramatic, sculptural and full of innovations, which is our great tradition that we intend to continue. This coupe impressively demonstrates the continuous development of our design philosophy.' A key innovation of the GT Concept is its large doors with integrated side windows that show a seamless transition from glass to painted surfaces. Both driver and front passenger gain access to the spacious interior after pressing a touchpad for the electric doors that is integrated in the red signature line of the roof. The doors cleverly open into the front arches, using a space-saving and patented mounting that allows a large opening angle for tight parking spaces in urban areas. Two cameras mounted behind the wheel arches offer enhanced visibility, especially in city driving. They transmit their images to two monitors on the left- and right-hand side of the cabin, rendering external mirrors obsolete. The windscreen flows into a glass panorama roof, affording occupants a similar experience to that of a targa-topped car. Mokka X Vauxhall's new Mokka X, which reaches UK showrooms late this year, debuts at the 2016 Geneva Motor Show with a fresh interior and exterior design, a new powertrain and featuring OnStar and Apple CarPlay. With over half a million sold in Europe and nearly 100,000 in the UK, Mokka has seen huge success since its launch in 2012. The Mokka's compact size (4.28m long), sporty looks and elevated seating position having wowed customers looking for an affordable SUV. Incorporating cues from Vauxhall's new design philosophy, the new Mokka X will be the first model to introduce the 'X' segment identifier for future Vauxhall SUV and crossover vehicles. The Mokka X's bold new look is thanks to work carried out by a design team led by Brit Mark Adams. Its new front treatment is aligned with Vauxhall's new design philosophy including a wing-shaped horizontal front grille and the dominant, sharp double-wing signature of the LED daytime running lights. At the rear is another double wing signature highlighted in the tail lamps, with LED technology an option. Vibrant new colours such as 'Amber Orange' and 'Lava Red' will also be available. On the inside, the Mokka X has a completely new dashboard inspired by the new Astra. After introducing the much-lauded 1.6-litre 'Whisper Diesel' engine last year, the Mokka range is now extended further to include a new generation 1.4-litre Direct Injection Turbo (152PS) petrol unit which first appeared in the Astra. With a six-speed automatic transmission, adaptive all-wheel drive and start/stop, this Mokka achieves 42.8mpg* and CO2 emissions of 154g/km*. In addition to the AWD system, Vauxhall engineers have once again made innovative technology available to a broad group of customers by introducing LED Adaptive Forward Lighting headlamps. The new AFL LED system adapts the headlights' lighting patterns automatically to the driving situation so that the best possible light performance is given without dazzling other road users. ASTRA RANGE Following its world premiere at last year's Frankfurt Motor Show, the new Sports Tourer will be on display at Geneva Motor Show in the same month it goes on sale in the UK, priced from £16,585 on-the-road. Like its five-door hatch sibling, the Sports Tourer is based on an all-new lightweight vehicle architecture with a new design, powertrains and technology. The Sports Tourer is built at Vauxhall's Ellesmere Port manufacturing plant in Cheshire. The Sports Tourer further extends the dynamic lines of the five-door. It has the same exterior dimensions as the outgoing model yet offers much more space for passengers and luggage. The Sports Tourer's total cargo capacity is now 1,630 litres, thanks to more efficient packaging. Range highlights include the 1.0-litre three-cylinder Turbo Start/Stop ecoFLEX model priced from £17,285 on-the-road. The diesel offering includes the 1.6-litre 'Whisper Diesel' (110PS) Start/Stop ecoFLEX model (prices start at £18,785 on-the-road) that achieves 83.1mpg and CO2 emissions of 89g/km. Technology includes OnStar, Vauxhall's ground-breaking connectivity system, and IntelliLink infotainment system which allows users to get Apple CarPlay and Android Auto. And for the first time on a Vauxhall, the tailgate can be opened using a small kicking motion under the rear bumper, in combination with 'Keyless Entry and Start'. A further kicking motion under the bumper will close the tailgate. Also on display will be five-door hatch range, which is in UK showrooms now and an all-new turbocharged diesel engine. In combination with start/stop and six-speed manual transmission, the 1.6-litre BiTurbo CDTi in the Astra hatchback body style achieves 67.3mpg combined and 112g/km. Performance is not compromised with a top speed of 137mph and 0-60mph acceleration in 8.4 seconds. *preliminary data