HOLD ON TO YOUR CUP! THESE CUSTOMER FINDINGS DROVE THE REFRESHED CUPHOLDER DESIGN FOR THE NEW FORD FUSION 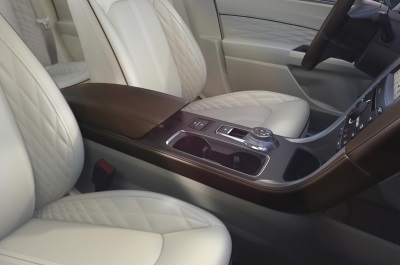 ◾Cupholders – a seemingly small convenience with a big impact – have been moved forward, rotated and redesigned for the new 2017 Ford Fusion ◾Ford research, including a new Nielsen survey, took the automaker around the globe in search of what customers want and need from their cupholders ◾Insights about beverage containers, customers and cupholder design show people use cupholders not only for bottles and cups of varying shapes and sizes, but also mobile devices and loose change; insights helped Ford refine cupholders in the new Fusion DEARBORN, Mich., Apr 29, 2016 – At Ford, every detail matters, and customer experiences matter most. That's why, in designing the new 2017 Ford Fusion, the automaker set out in search of what makes cupholders – a seemingly small convenience – so important to customers. In the end, customer feedback drove substantial changes to the refreshed Fusion console design, including a new take on the common cupholder that customers will surely appreciate. 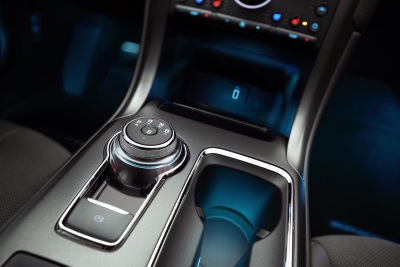 The replacement of the traditional shifter with a rotary gear shift dial freed space for two newly designed cupholders – both with available ambient lighting. The new cupholders are now one in front of the other, with the front cupholder 6 inches forward from their location on the 2016 Fusion. It's a small move with big effects, allowing Ford to extend the armrest by nearly 3 inches and to expand the armrest bin by an extra half-gallon, comparable to your average 2-liter soda bottle or four 16.9-ounce water bottles. For even more storage, a pocket added to the front console is a perfect spot for a wallet and various other items. 'Being dissatisfied with your cupholders may be a minor annoyance, but it's a daily one, which over time detracts from the overall car experience,' said Jolanta Coffey, Ford instrument panel and console manager. 'On the other hand, when you like your cupholders, they can make your vehicle feel like home. For Fusion, we set out to develop a beautiful interior, paying attention to the details that make people fall in love and stay in love with their car.' Research reveals the following cupholder facts: 1. Bottles win big Trending News
Photo credit: Ford
posted on conceptcarz.com 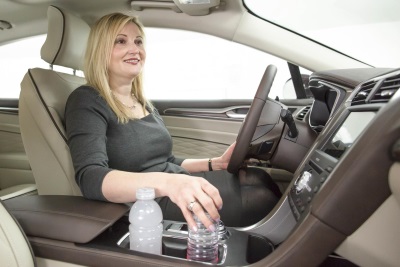