It's the only minivan on the market with all-wheel drive. That distinction, along with recent technological and safety enhancements, is earning Toyota Sienna accolades from automotive industry leaders. Edmunds.com and Parents Magazine have named Toyota's long-cherished minivan one of the 10 best family cars of the year, and the winner in the Best Minivan category. The 'Best Family Cars of 2016' feature appears in the July 2016 issue of the magazine, as well as on Parents.com. Rankings were based on factors including quality of ride; safety; comfort and capacity; fuel efficiency; kid-friendly features; price and value; reliability; interior and exterior workmanship; visibility, controls and instrumentation; and attributes such as appearance, ergonomics and special design features that set the cars apart. 'The endlessly roomy Sienna stands above its competitors for two reasons: It's the only one with available all-wheel drive, and the especially user-friendly controls help you stay focused on the road,' Parents Magazine writes. With the Sienna, Toyota wants to make parenting easier. The van, for example, is equipped with four LATCH locations for securing child seats. In addition, the Sienna's Driver Easy Speak option reduces the need to shout commands from the helm. Using the microphone from the Sienna's voice-command multi-media system, the system conveys a driver's voice through the audio system's rear speakers.

For families who appreciate fun during road trips, a Dual-View Entertainment Center—featuring two displays within a 16.4-inch widescreen image—combines Blu-Ray capability, an HDMI input and an SD card reader that can play 10 different audio and video formats from two separate sources. The screen can be easily seen from the third row of the van, and can be operated from any seat via remote control. The option also includes a pair of wireless headphones. With the third-row seat stowed and the second-row seat removed, the Sienna provides up to 150 cubic feet of available space. Numerous storage bins, spaces and cupholders are located throughout the cabin. Sliding the second-row seats all the way to the rear creates a walk-in aisle, making it easier to enter and exit, install a child seat or place a child in a seat. Toyota made several technological enhancements to the 2016 Sienna, including upgrades to the Entune multimedia head units that integrate Siri® Eyes Free mode, and a new Connected Navigation Scout® GPS App Link for Entune® Audio Plus, which uses a smartphone to provide navigation functionality through the head unit. The standard Toyota Star Safety System™ equips the 2016 Toyota Sienna with Anti-lock Brakes, Electronic Brake-Force Distribution, Brake Assist, enhanced Vehicle Stability Control, Traction Control, and Smart Stop Technology. For certain grades, a Blind Spot Monitor (relying on sub-millimeter wave radar) alerts a driver to a vehicle in a blind spot with side-mirror indicators. In addition, the Rear Cross Traffic Alert function assists with backing out of a driveway or parking space. Trending News
Photo credit: Toyota
posted on conceptcarz.com 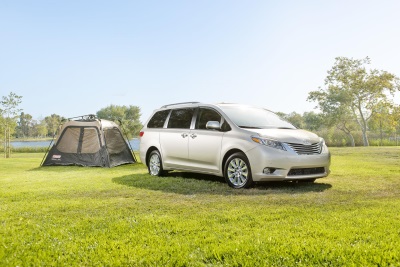 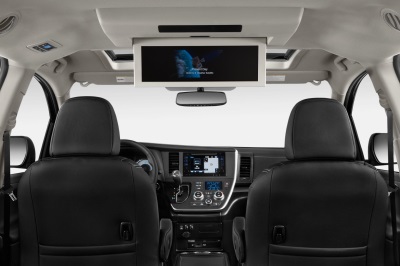 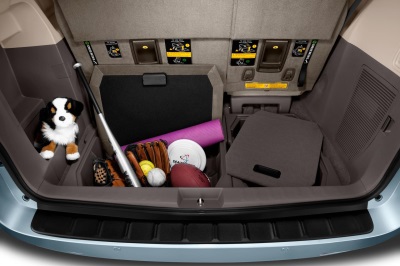