◾From Her Majesty The Queen's 1800s Ascot Landau, coachbuilt by Hooper, to the 2016 Touring Supeleggera Disco Volante Spider, Concours of Elegance celebrates 200 years of coachbuilding ◾Some of the most amazing models from history's most legendary coachbuilders, including Pininfarina, Zagato and Saoutchik are on display at Concours of Elegance ◾Sixty of the world's rarest cars will be parked in Windsor Castle's glorious Quadrangle from 2-4 September, as more than 1000 other exotic cars feature in the largest Concours of Elegance yet ◾Tickets to the Concours of Elegance 2016 are available now from www.concoursofelegance.co.uk The Concours of Elegance 2016 – held at Windsor Castle between 2-4 September – will be showcasing more than 200 years of coachbuilt luxury. From Her Majesty The Queen's 1800s Ascot Landau by Hooper and 1842 'Ivory Mounted' Phaeton by Barker to the 2016 Touring Superleggera Disco Volante Spider, visitors can admire the hand-crafted luxury of some of history's most legendary coachbuilders.

The Royal Carriages of Hooper and Barker are just two of five cars lent by the Royal Household to contend the Concours of Elegance this year, with the coachbuilt 1977 Rolls-Royce Phantom VI 'High Top' State Limousine and 2002 Bentley State Saloon by Mulliner also on display. From the very earliest Royal Carriages, including the 1842 Phaeton by Barker, the Concours moves into some of Barker's later work, as it became famous for its elegant Rolls-Royce bodies. From 1908, the Concours will be displaying the Rolls-Royce Silver Ghost Roi des Belges Tourer by Barker, as well as the 1914 Rolls-Royce Silver Ghost Barker Alpine Eagle.
Marking a noticeable shift in design from Barker's Rolls-Royces, the Concours is displaying the streamlined, chrome-finished designs of Saoutchik, a Paris-based coachbuilder. The incredible 1937 Hispano-Suiza H6C Dubonnet Xenia, featuring sliding doors and a streamlined art deco body, sits alongside the 1948 Talbot-Lago T26 Saoutchik Grand Sport Cabriolet – two unique models from the height of coachbuilt luxury.
One of the most famous coachbuilders remains Pininfarina, and Concours of Elegance will be displaying a number of Pininfarina-designed Ferraris, but perhaps less famous is the 1956 Mercedes-Benz 300SC Pininfarina Coupé. Based on the 300SC two-door, Pininfarina crafted a more contemporary pillarless coupé body for the Mercedes, just a year after the firm built a coupé version of the 300B four-door – seen at Concours of Elegance 2014. Trending News
Photo credit: Concours of Elegance
posted on conceptcarz.com 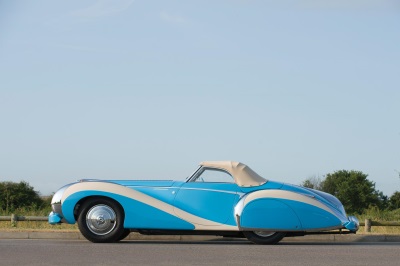 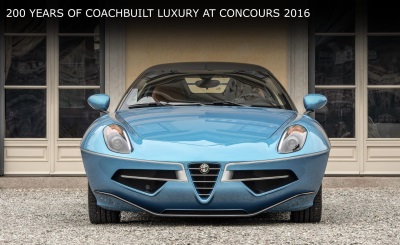 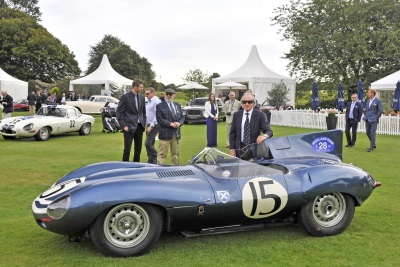