Liberty Walk EU, the Japanese-founded exotic car tuning company will be presenting a specially-modified Lamborghini Aventador and a Ferrari 458 which have never been seen in public in the UK before. Visitors to the NEC will be able to get up close to these two personalised supercars in 2017-specification body kit on stand 19160 in Hall 19. The famed Lamborghini Aventador is one of the world's most popular hypercars, regularly seen on city streets globally. Since its unveiling at the Frankfurt Motor Show in 2009, the Ferrari 458 has won multiple accolades by the world's top media for being one of the most engaging and responsive supercars around. Liberty Walk EU is the exclusive European dealer for Liberty Walk and LB Performance products, along with their suspension partners AirRex and wheel partners 3SDM. The brand has attracted the attention of motoring enthusiasts from around the world.
The two unique Liberty Walk EU supercars will be joined at the Performance Car Show by a bespoke Nissan GTR and Mini updated with the latest kit specification. The cars will be on a display presented by The Performance Company, the United Kingdom's largest performance parts wholesaler and exclusive importer for the very best tuning products in the UK in Hall 19 Stand 19150. Both stands will be exhibiting a full range of Liberty Walk clothing and merchandise throughout all four days at the NEC in January.
James Pearman, Director of The Performance Company and Liberty Walk EU said: 'We are looking forward to showcasing the Ferrari 458 and the Lamborghini Aventador to Liberty Walk fans in the UK for the very first time at the Performance Car Show. These cars represent not only true performance on the race track and streets globally, but the creative prowess Liberty Walk EU and The Performance Company embark upon to create a well-recognised car styling brand worldwide.' Trending News
Photo credit: Performance Car Show
posted on conceptcarz.com 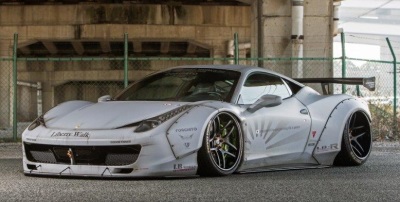 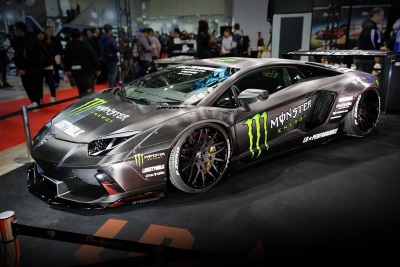 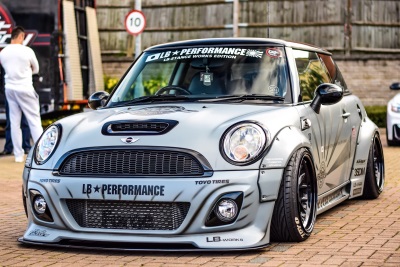