◾World premiere for ŠKODA OCTAVIA vRS 245 and ŠKODA OCTAVIA SCOUT ◾Debut for ŠKODA KODIAQ SCOUT and ŠKODA KODIAQ SPORTLINE ◾Upgraded ŠKODA models RAPID, RAPID SPACEBACK and ŠKODA CITIGO on show for the first time ◾Premiere for ŠKODA FABIA with new three-cylinder 1.0-TSI engine ◾ŠKODA presence at the exhibition on a stand area of 2 039 m2 in Hall 2 Mladá Boleslav / Geneva, 6 March 2017 – ŠKODA's presence at the Geneva International Motor Show (7 - 19 March 2017) will include numerous world and exhibition premieres. Two variants of the bestselling ŠKODA OCTAVIA model range will take centre stage at the stand in Hall 2: the ŠKODA OCTAVIA vRS 245 with a power output of 245 PS and the revised ŠKODA OCTAVIA SCOUT. The ŠKODA KODIAQ SCOUT and the ŠKODA KODIAQ SPORTLINE will also be unveiled at the Palexpo in Geneva. Furthermore, the revised ŠKODA RAPID and the ŠKODA RAPID SPACEBACK will celebrate their debuts as well as the modified ŠKODA CITIGO. Last but not least, the ŠKODA FABIA will be presented with its new 1.0 TSI engine.

The ŠKODA OCTAVIA RS 245 – with its powerful engine and modern chassis technology including electronically regulated VAQ limited-slip differential – promises the ultimate driving experience. The compact athlete, with an increased power output of 245 PS, is available as a hatchback and an Estate. The performance data is impressive: from a standing start, it takes only 6.6 seconds to reach 62 mph, the top speed is limited to 155 mph and maximum torque of 370 Nm is achieved between 1,600 and 4,300 rpm. Compared to the 'standard' models in the series, the sports chassis lowers the body by 15 mm; its rear track is 30 mm wider than that of its predecessor. The standard, burnished gloss-black alloy wheels are 19 inches in diameter. The ESC stability system with Sport mode and the electronically regulated VAQ limited-slip differential emphasise the car's dynamic character, as do the progressive steering and the optional adaptive Dynamic Chassis Control (DCC).
The ŠKODA OCTAVIA SCOUT comes with distinctive characteristics: a robust design in an off-road look, a wide variety of uses, powerful, yet efficient engines and all-wheel drive as standard. Its discrete, robust appearance is characterised by special features such as moulding on the bumpers, wheel arches and door sills, silver-coloured underbody protection at the front and rear, 17-inch alloy wheels, as well as a wider rear track. The standard equipment also includes the Rough-Road package, LED daytime running lights and the C-shaped LED tail lights.
ŠKODA's large SUV is a further highlight on the exhibition stand in Hall 2. The spotlight will be on two variants in particular. The ŠKODA KODIAQ SCOUT and the ŠKODA KODIAQ SPORTLINE will be celebrating their world premiere. The Czech car manufacturer is continuing its campaign in the SUV segment with the new ŠKODA KODIAQ SCOUT model variant. The ŠKODA KODIAQ SCOUT comes equipped with all-wheel drive as standard and emphasises its off-road capabilities both visually and through its technological features. For fans of a sporty appearance, the Czech car manufacturer has designed the ŠKODA KODIAQ SPORTLINE as an elegant and dynamic SUV variant. The exterior and interior are both characterised by specially designed features. There is a choice of four engine versions available for the ŠKODA KODIAQ SPORTLINE: two TSI petrol engines and two TDI diesel engines ranging from 150 PS to 190 PS. Trending News
Photo credit: SKODA
posted on conceptcarz.com 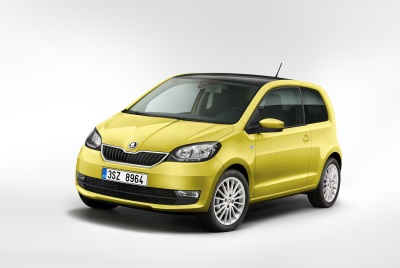 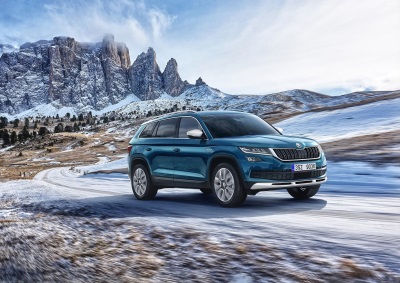 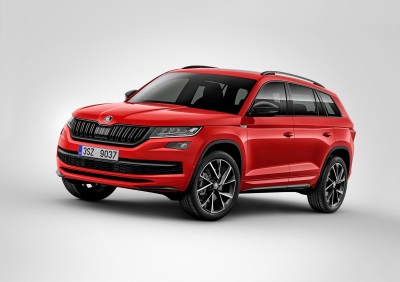 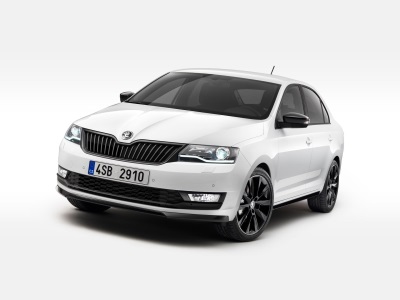 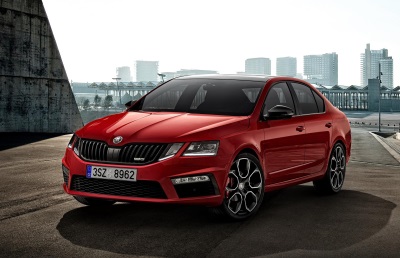 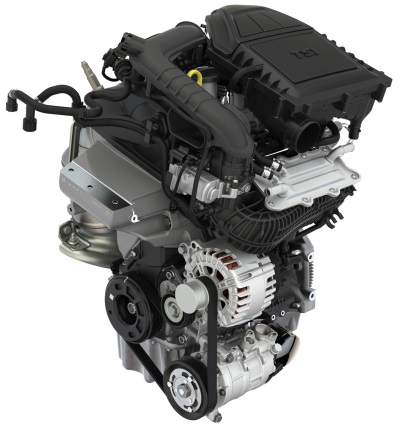