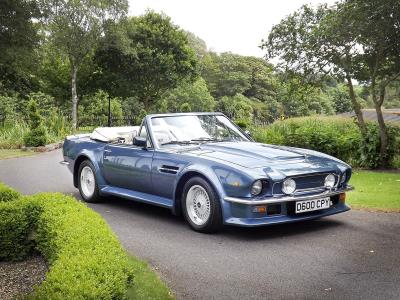 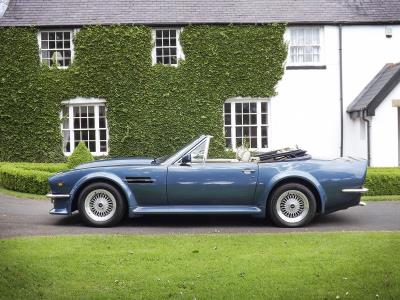 'Rarity is always important when it comes to high-value classic cars,' says Simon Langsdale, classic car specialist at Silverstone Auctions. 'When you have a classic Aston Martin convertible which is one of only 166 made, it's a special thing. Then when you add in the X-Pack upgrades, taking the rarity to one of only 78 ever built, you have a truly unmissable opportunity.' The X-Pack was hand-built in right-hand drive in October 1986 and was used by Aston Martin as a show car at the 1986 Earls Court Motor Show, as shown by the plaque on the centre console. The car was first registered in 1987 and was kept by the factory before being sold on to the first of its three owners. The last owner purchased the car in 1990 from Reg Vardy of Houghton Le Spring, adding to his private collection. The Aston Martin V8 Vantage Volante X-Pack comes with a 432bhp 5.4 litre V8, a top speed of 160mph and a sub 6 second 0-60 time. The Vantage model features many aggressive body upgrades over the standard V8, including a new bonnet, flared wheel arches, boot spoiler and extended front spoiler. The result is a muscular, characterful car that could justifiably claim to be one of the world's fastest convertibles. The car was enrolled in a special service in partnership with Car-Tech Prestige of Hartlepool in which they monitor valuable cars in storage, carrying out routine maintenance and refreshing the car when necessary. Trending News
Photo credit: Silverstone Auctions
posted on conceptcarz.com 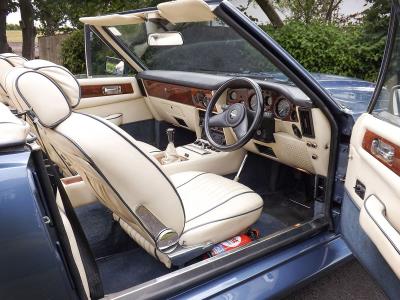