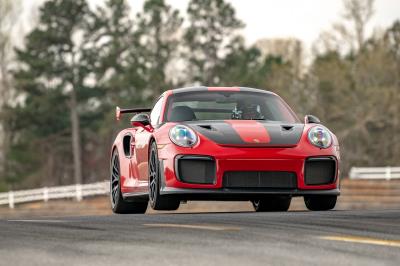 With a lap time of 1:24,88 minutes, the Porsche 911 GT2 RS is the quickest production car ever to lap the iconic track Atlanta. Underscoring its enormous performance potential, the Porsche 911 GT2 RS has set a new production car lap record at Michelin Raceway Road Atlanta, completing the 2.54 mile road course in just 1:24.88 minutes. 'We are thrilled to set the production car lap record at this iconic track located just 60 miles from our U.S. headquarters in Atlanta - a track that holds so many great memories for Porsche, such as the overall victory with the 911 RSR at Petit Le Mans in 2015' said Klaus Zellmer, President and CEO of Porsche Cars North America. 24 Hours of Daytona and Le Mans class winner David Donohue shared the wheel with Randy Pobst to validate and confirm the car's capability at the iconic track, with Pobst ultimately setting the fastest lap. Pobst previously set the production car lap record with the 911 GT2 RS at Weather Tech Raceway Laguna Seca and Willow Springs International Raceway last year. Further showcasing the exceptional performance capability of the motorsport-derived 911 GT lineup, the Porsche 911 GT3 RS recorded an impressive lap time of 1:26.24 minutes at the same track and thus became the second car to break the previous record. Both cars took to the track on road-legal and Porsche-approved Michelin Pilot Sport Cup 2 R N0 tires. Racelogic recorded and validated the lap time, vehicle telemetry, and video utilizing the VBOX Video HD2 system. 'It was an incredible experience. The traction coming out of a corner, the tireless brakes, the grip generated by the downforce and the tires, and of course the tremendous power made it possible. The 911 GT2 RS is not just very capable, but also very approachable,' said Donohue. 'Even for a professional driver, huge power can be intimidating. But when I drive the GT2 RS, the massive torque feels completely under my control, so useable, because the car is extremely well-balanced. It is very confidence inspiring, a pleasure.' added Pobst.
Photo credit: Porsche
posted on conceptcarz.com 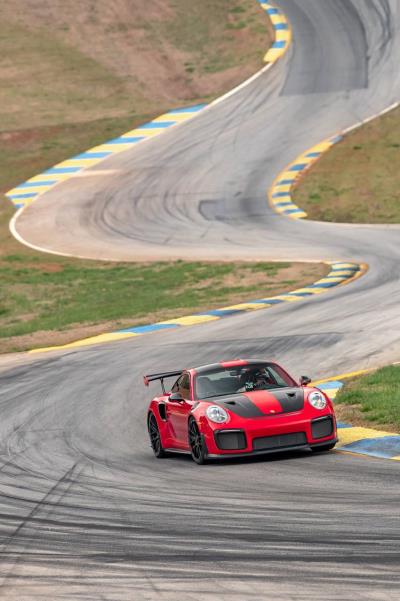 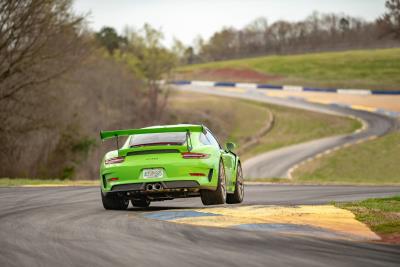