DS Techeetah Heads To Monaco To Extend Its Championship Lead 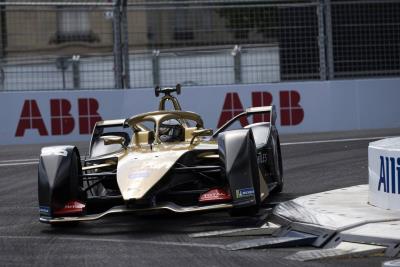 The ninth round of the ABB FIA Formula E 2018/2019 Season sets sail in Monaco on 11 May 2019. DS TECHEETAH enter the round as championship leaders for the Teams, with drivers André Lotterer and Jean-Éric Vergne in second and sixth place respectively in the Drivers' championship. The famous Monaco circuit plays host to the all-electric street racing series for the third time in championship history. The two DS E-TENSE FE19 Gen2 cars will battle it out with the 20 other Gen2 cars on an adapted street circuit in the municipality across 12 turns and 1,765 km. Mark Preston, DS TECHEETAH Team Principal: 'We head to Monaco seven points ahead of our nearest rival so it's still a very close championship order. Both of our drivers are in a good position for the drivers' title and André also is current leader of the voestalpine European races. 'We're once again in a fortunate position to be leading the Teams' championship and be in the mix for the Drivers' one, and it's all down to our incredible team. In all my years in motorsport, I've never seen a group of people this passionate and dedicated. We may be a small team, but we're a very efficient one.' 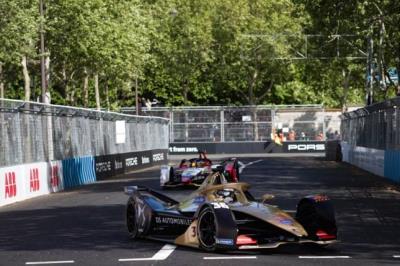 Xavier Mestelan Pinon, DS Performance Director: 'We're in the middle of a very intense part of the season right now. We're working at full speed on the development of the season six and seven powertrain whilst competing at the forefront of season five. We're currently leading the Teams' championship and we want to fight in Monaco to keep this intact. At that stage in the season, the battle is very close, and all the points matter. We are here to win the titles.' André Lotterer #36: 'I'm super excited to drive the DS E-TENSE FE19 around the Monaco track for the first time this week. I've lived in Monaco since 2012 but I've never raced here so that will be a first. It will be amazing to wake up at home, have a coffee on the balcony and then walk down to the track, it's not many times in your career you get to do that. 'I'm incredibly motivated to have a good result in Monaco. I've had two second places now so it's time to turn that into a first place. As a driver, winning is all that you think about. You live and breathe it so being close yet so far really triggers you to wanting it even more and I will give it all I got. It's all about every single little point as the championship is a numbers game in the end of the day and we can't take any gambles.' Jean-Éric Vergne, #25: 'With five races to go, it's getting really exciting now. With eight different winners in eight races, anything is possible. Monaco is a track I enjoy driving and it helps that I've driven here before. Just like the Grand Prix circuit, the Formula E circuit is super tricky to overtake on so it will be as important as ever to qualify well. All my focus will be on putting it all together to ensure I grid at the top.' ABOUT DS TECHEETAH Trending News
Photo credit: DS Automobiles
posted on conceptcarz.com
Loading...
Loading...
Loading...
Loading...
Loading...