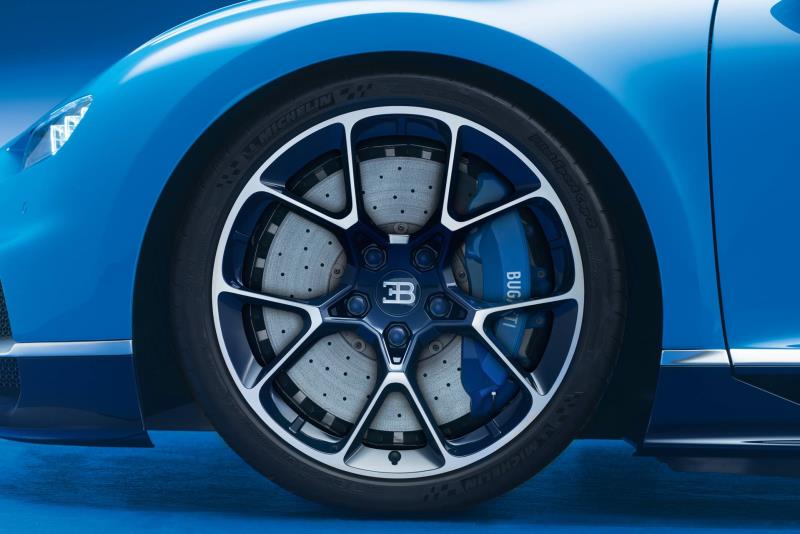 Aluminium Wheels As A Bugatti Invention – Combining Design And Technology

October 8, 2019 by Bugatti
Ettore Bugatti developed wheels made of aluminium for the first time over 95 years ago Almost every sporty vehicle has them – wheels made of aluminium. However, only very few people know that around 95 years ago French vehicle producer Ettore Bugatti used them for the very first time on a Type 35. Independently from each other, inventor Charles Martin Hall and chemist Paul Héroult were the first to develop an electrolysis process to produce aluminium in 1886. Racing car designer Harry A. Miller had the idea of producing aluminium wheels in 1920. He had the concept patented, but didn't produce any wheels. Only company founder Ettore Bugatti succeeded shortly afterwards in casting aluminium wheels, spokes and brake drums at the company's own foundry in Molsheim using moulds he had designed himself. The ingenious inventor and tinkerer developed the aluminium wheel further and also registered several new ideas for wheels amongst his over 500 patents. In May 1924, he registered a patent for 'Improvements relating to vehicle wheels with cooling discs' and in 1933 the patent for an 'Elastic wheel with radially and axially sprung rim with respect to the wheel centre'.

Bugatti Type 35 racing car uses aluminium wheels for the first time Rather than using wheels with thin spokes, from 1924 onwards Bugatti used wheels made of cast aluminium featuring eight flat and wide spokes, a removable wheel rim and an integrated brake drum for the legendary Type 35 racing car. The simple design almost resembles a sculpture – a prime example of Ettore Bugatti's aesthetic aspirations. However, the result was disappointing when the new wheels were first used at the Grand Prix in Lyon on 3 August 1924: several racing cars failed to finish as a result of technical issues. However, the reasons were not the wheels, but the supplied tyres. Incorrect vulcanisation caused the tread to separate from several tyres. 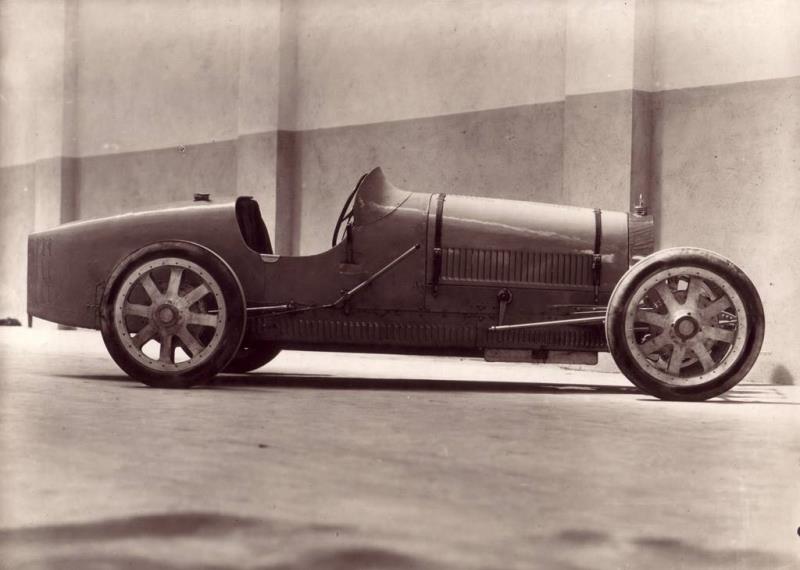 However, Bugatti kept faith with his innovation. In addition to the design, he also had technical reasons to develop these new wheels 95 years ago. Wheel arches are responsible for around a quarter of a vehicle's aerodynamic drag. The more sophisticated the wheel design, the better the air flow and the lower the turbulences. These properties are combined with improved heat dissipation. In sporty vehicles where the brakes are subject to high loads, the heat generated by the brakes must dissipate quickly and to a sufficient extent. More open surfaces mean improved cooling and thus better braking efficiency. The open design featuring flat spokes helps to quickly direct the hot air generated by the brakes away without any build-up of heat.
Aluminium wheels offer many benefits
Bugatti wheels with cast-on generously ribbed brake drum offer additional benefits. The ring mounted on the outside edge of the wheel, initially with 32 then later with 24 bolts, prevented the tyre from jumping off even during fast cornering – drivers could now achieve faster cornering speeds. Thanks to central mounting, the wheels could be changed quickly in the pit lane. 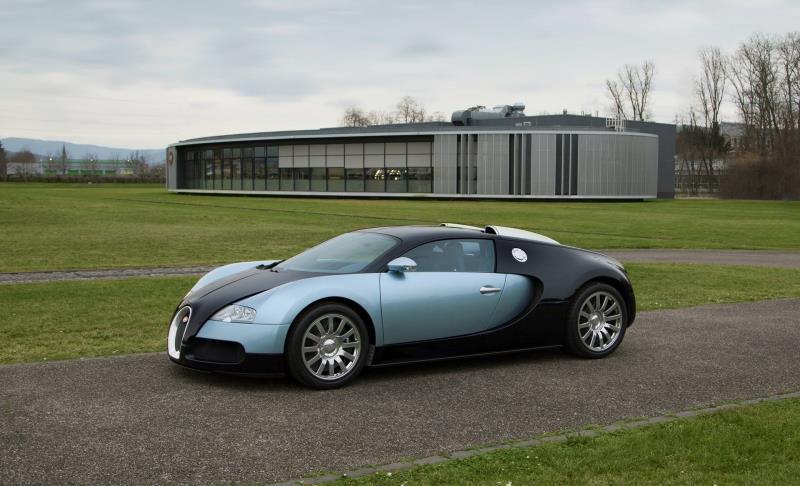 These features were paired with low weight and thus lower unsprung masses compared with steel wheels. The lower the unsprung masses, the lower the moment of inertia and the better the handling. Consequently, the Type 35 was easier and more precise to steer, it braked better and the suspension was more comfortable than comparable racing cars of the time. During these early races, which often lasted several hours or even days, drivers were thus able to drive for longer, reach higher speeds and be more concentrated at the wheel. A reason why Bugatti drivers dominated the world's race tracks between 1925 and 1930. Even today, the Type 35 does not ask too much of its drivers. Bugatti produced seven different types of aluminium wheels over the next few years. For the Type 35, Type 39 and Type 51 racing cars, the French company produced three different versions: a 20-inch variant featuring small brakes, a 19-inch design with large brakes and 19-inch drop centre rims featuring large brakes. The cast wheels with eight wide aluminium spokes became Bugatti's signature feature in addition to the horseshoe-shaped radiator grille. The design was also used for Bugatti's first hyper sports car of modern times, the Veyron as the Veyron Fbg par Hermès special model. Development of lighter wheels continues Even if most cars rely on aluminium wheels today, development continues at Bugatti. The current hyper sports cars Chiron1 and Divo2 use very lightweight and sturdy wheels made of a specially forged aluminium alloy. This is because wheels and tyres are subject to extreme loads and g-forces at speeds beyond 400 km/h. Just like almost 95 years ago, unsprung masses are crucial to the handling. For this purpose, both sides of the wheel and cavities are finely milled as part of a unique process to produce wheels with minimum weight for maximum stability and rigidity – naturally also in line with an aesthetic design. The wheels are subsequently powder-coated and burnished. Depending on customer requests, the wheel set can be painted in different colours. Instead of eight spokes, engineers currently use a five-spoke Y layout that ideally transfers forces to the five wheel bolts and guarantees sufficient stability and safety. The lightweight wheels therefore withstand even the most extreme pressures and forces. After all, the tyres rotate over fifty times per second at top speed. The treads are subject to forces here corresponding to around 4,000 times the acceleration due to gravity (g = 9.81 m/s2). The weight of the valve thus increases from 18.3 grams to around 55 kilograms when the vehicle is travelling at full throttle. The high speed test is carried out on test beds for racing and aircraft tyres as well as on a NASA test bed that was developed specifically for Space Shuttle tyres. As part of these complex test bed tests, wheels and tyres are subjected to very high forces and repeatedly checked with X-ray and MRT procedures. With an eye on the future, Bugatti continues to research and develop new materials and sophisticated designs to make wheels and thus the entire vehicle lighter, more agile and aerodynamic. Just like around 95 years ago when Ettore Bugatti created an icon with the new eight-spoke wheel. 1CHIRON:Fuel consumption, l/100km: urban 35.2 / extra urban 15.2 / combined 22.5; CO2 emissions (combined), g/km: 516; efficiency class: G* 2DIVO:This model is not subject to Directive 1999/94/EC, as type approval has not yet been granted.