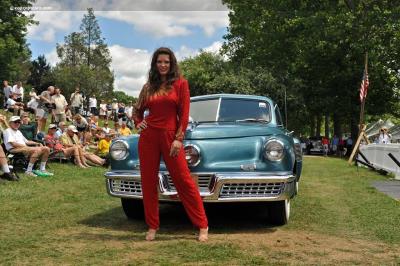 A pristine model from the pioneering, but short-lived, Tucker Corporation comes in a rare factory color scheme and offers a well-documented ownership history Santa Monica, Calif. (November 25, 2019) – Gooding & Company, the auction house acclaimed for selling some of the world's most noteworthy and valuable American collector cars, proudly presents one of the most significant post-war American cars ever to come to market, the 1948 Tucker 48, number 1034. Collectors and enthusiasts will not want to miss this highly original example at Gooding & Company's annual Scottsdale Auctions on January 17 and 18, 2020. 'Preston Tucker's foray into the automotive industry represents the most courageous attempt to disrupt the status quo of the Big Three, and this Tucker 48 is one of the finest examples that remain in existence,' states David Gooding, President and Founder of Gooding & Company. 'The company's contemporary construction and advanced features are widely acknowledged as an important part of automobile history.' 1948 Tucker 48 (Estimate: $1,750,000 – $2,250,000) 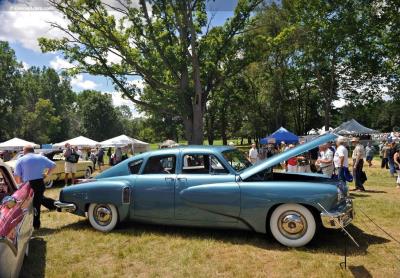 Shortly after World War II, entrepreneur Preston Tucker was keen on introducing a fresh, innovative design to the car world that would be billed as the 'Car of Tomorrow.' The company quickly gained notoriety with features such as a low, aerodynamic profile, rear engine, large interior with doors extending into the roof for easier entry and exit, and most notably, the unique steering center headlight known as the 'cyclops eye.' The Tucker 48 gained instant fame as a true icon among American cars when it was unveiled in Chicago in 1947. Its forward-thinking designs have secured a place in automotive history, with the company introducing many firsts in safety including the pop-out, shatterproof windshield panels, a front crash compartment below a padded dash, and a locking parking brake handle to prevent theft.
The Tucker presented here, chassis 1034, was one of the few more desirable examples that was actually assembled by the Tucker factory and not completed after production halted. Of the 51 examples built, 1034 is one of only 12 finished in the attractive Waltz Blue Metallic. Tucker code #200 'Waltz' Blue is the only one of the six paint colors offered by the factory to be given a name, which is believed by automobile historians to be the color of Mrs. Tucker's favorite dress. This Tucker 48 has been driven just 6,200 miles since new and comes with a well-documented provenance that includes the esteemed Cofer Collection. It is among the finest surviving Tuckers, retains its original interior upholstery, and has never required a comprehensive restoration. This 1948 Tucker 48 will be sure to attract admiration and enthusiasm when it crosses the auction block in January.
The Scottsdale Auctions Trending News
Photo credit: conceptcarz.com
posted on conceptcarz.com 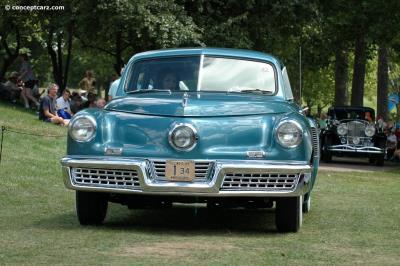 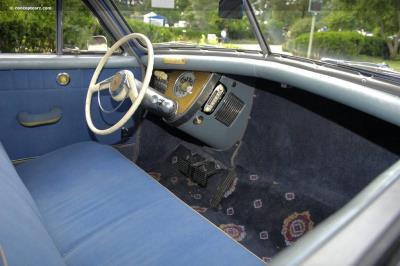