18 January, 2020 – Santiago de Chile, Chile In scorching heat at today's Antofagasta Minerals Santiago E-Prix, new DS TECHEETAH driver, Antonio Felix Da Costa secured his first podium and second place for the team. Moving through the pack from P10 on the grid with some stellar race moves saw the Portuguese driver lead the race until the very final lap when he had to slow down to cool the temperature in the car to be able to finish the race. Team-mate Jean-Éric Vergne started P11 on the grid and had another unfortunate race having had to retire his car due to damage on his front wing whilst in a podium position.

'We nearly had it all today, which would have been amazing to give DS on their 50th E-Prix but we're very pleased with a second place. If it's one thing we know from the previous years is that it's more beneficial to be safe and secure the points of a second place than going for the win on a gamble. Antonio has had a fantastic start with the team, and it was great to see our pace today. Seeing both of the guys up there fighting for the podium and wins before Jean-Éric's retirement is what we race for.' 'DS Automobiles 50th E-Prix in Formula E made us vibrate and our drivers have shown that we are here to win. Even if there is a big disappointment for Jean-Éric, the 2nd place secured by Antonio after a magnificent progression and the speed of our cars was absolutely exceptional today and it was very satisfying. Nevertheless, we could have done better and it's essential that we work to achieve our main objective - to maintain both our titles!' 'It's great to have a first podium and to fight for a win with my new team already when we are only three races in. We've still got some work to do because that should have been our win today but we're still a new team and we've still got some things to get on top of. We made a mistake with the energy today and I thought we were good to go, so I overtook for the lead of the race but had to slow down pretty quickly after to manage the temperature. In the end, it's better to finish second and get the points than then not finishing the race at all.' 'Today I'm disappointed to not have won the race as I was in a position to do so. In the first three laps it's always a bit of a bunch up of the cars and I damaged my front wing, and towards the end of the race it eventually broke when I was running in 3rd so I had to retire the car. We had great pace and good energy, so I had a good shot at winning today. Nevertheless, I'm very proud of my team because we were really quick today and I think that's a positive to take with us. Only three races and four points but I have an amazing team around me, and the motivation is very high. The spirit of the race today is the spirit we're going to have for the season, full attack.'
Photo credit: DS Automobiles
posted on conceptcarz.com 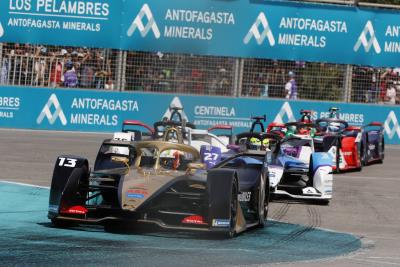 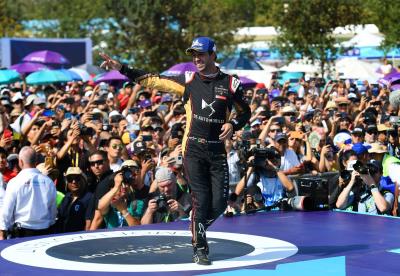 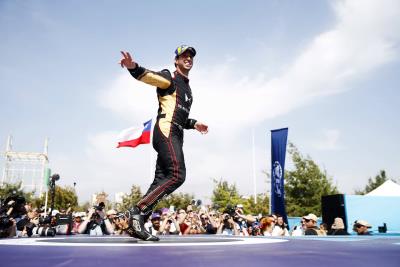