From a sixth-seeded position, Hagan drove his Mopar Dodge Charger SRT Hellcat to the winner's circle for the first time this year, giving him his third Wally in six nationals events dating back to October 2019 when he won both the AAA Texas NHRA FallNationals in Dallas and the Dodge NHRA Nationals presented by Pennzoil in Las Vegas. DSR teammate Jack Beckman's wins in the 2019 season finale and 2020 season opening races at Pomona, California, along with Johnson's win at the Arizona Nationals, means that a DSR Dodge Charger SRT Hellcat has earned a national title at each of the last six events. Hagan was consistent with both his reaction times and runs to quickly dispose of Daniel Wilkerson, Beckman and Tim Wilkerson. That set up an all-Mopar final showdown against No. 1 qualifier Johnson, who was also making his second consecutive final round appearance. Johnson made it to his 54th final round by knocking off teammate Ron Capps, Blake Alexander and J.R. Todd. The two DSR teammates had previously met twice in final elimination round match-ups, with Hagan emerging as the winner in both.
Hagan's powerhouse had the early advantage and enough of a lead over Johnson to earn a decisive win, the 34th of his career, even when his engine let go right at the finish to set off a few of its own fireworks. On the strength of his victory and two top qualifier awards to start the season, Hagan and his Mopar Dodge Charger SRT Hellcat move up into third place in the Funny Car championship points standings.
Meanwhile, following a No. 3 qualifying effort, Beckman was able to keep his lead in the Funny Car points standings by driving his Infinite Hero Foundation Dodge Charger SRT Hellcat away from Mike McIntire in the first round, straight into a quarterfinal showdown with DSR teammate Hagan. While the loss to the eventual winner was disappointing, Beckman is two markers ahead of runner-up Johnson and 40 points from Hagan, with each driver boasting a win this season. Trending News
Photo credit: Dodge
posted on conceptcarz.com 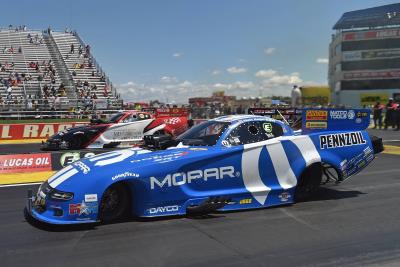 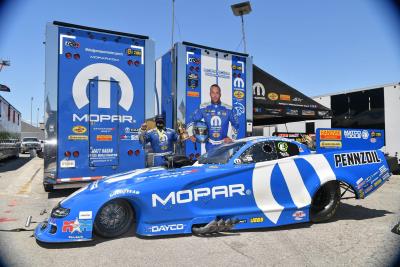 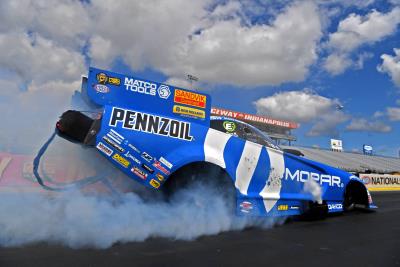 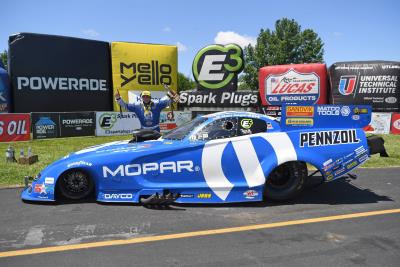 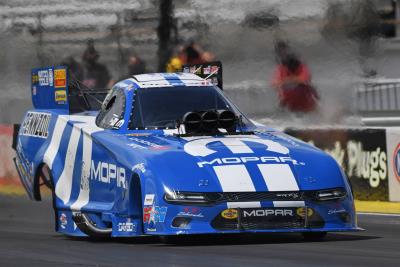 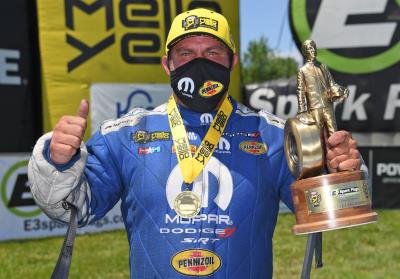