Iconic vehicles and Chevy experts to make appearances daily DETROIT – Chevrolet is reimagining summer car cruising through a week-long virtual festival – Cruisin' the USA in your Chevrolet – that celebrates more than a century of the brand's automotive history. Hosted on Chevy's social media channels from August 10-16, the event is designed to take viewers back in time to experience the brand's rich heritage of innovation, design and passion. Join us Monday, August 10 as we kick off a week-long virtual celebration. Follow us for daily heritage videos, photos and activities, and share your fan photos using #ChevyLove. pic.twitter.com/I15sSEzTDu — Chevrolet (@chevrolet) August 5, 2020 'Classic car events have served as a place for us to honor Chevrolet's deep automotive history and its influence on our present and future with car enthusiasts from around the world,' said Steve Majoros, vice president of marketing, Chevrolet. 'Cruisin' the USA in your Chevrolet is a way for us to keep that spirit alive.'

Each day of the festival will incorporate a different theme and immerse the audience in historic footage, guest appearances, trivia and more. Chevy experts will also provide in-depth looks at some of the brand's most iconic vehicles housed at the General Motors Heritage Center and even share their own custom Chevy builds. The week will kick off with a journey back to 1911, when Chevy was founded by Louis Chevrolet and Billy Durant. Viewers will have access to rare archival photos and videos from the last 109 years showcasing Chevy's memorable feats. Highlights of the past and present will include technological evolutions of Chevy's electric vehicles, as well as its trucks and performance vehicles. Children can also join in on the fun by downloading specially-designed coloring pages, puzzles and activities from the Chevy Design School and exploring cool Chevy themes to outfit their Animal Crossing world. Trending News
Photo credit: Chevrolet
posted on conceptcarz.com 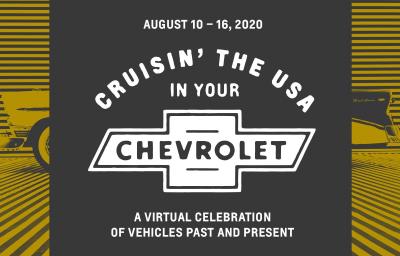 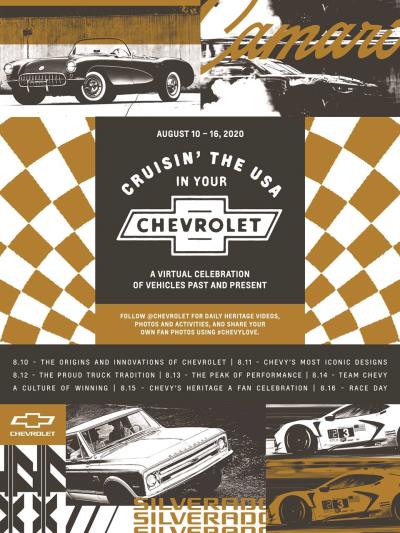 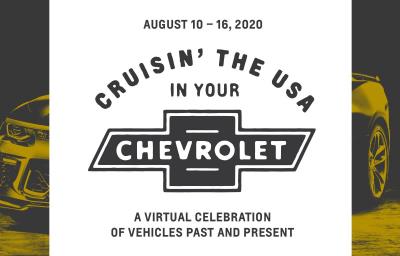