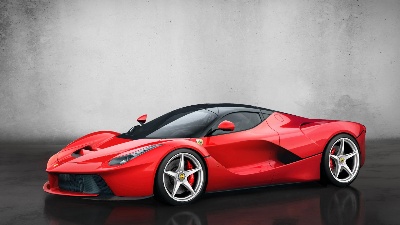 Madrid, 24 February 2014 – Ferrari has taken the prize in the Best Sports Car category during the Best Cars 2014 awards celebrated in Madrid. The award ceremony at the Santiago Bernabeu Stadium was organized by the prestigious Spanish motoring magazines, Autopista, Automóvil, Coche Actual and Autovía. Ferrari's 'LaFerrari', the limited-edition special of which only 499 units will be produced, was voted Best Sports Car, winning its first award in Spain. Since its launch, 'LaFerrari' has earned worldwide critical acclaim from clients and media alike, in part because it is the most powerful Ferrari ever produced and also because it´s the first hybrid vehicle from the brand. The prize for the 'LaFerrari' follows last year's awards, with the F12Berlinetta taking Best Coupé and the 458 Spider Best Cabrio.
posted on conceptcarz.com
Loading...