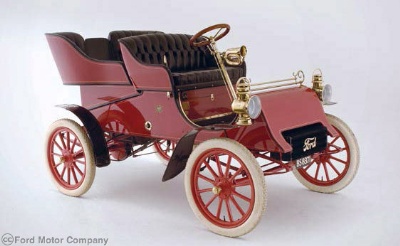 •Oldest surviving Ford production car, a 1903 Model A, recently purchased at auction by Bill Ford; car unveiled as part of an employee event to kick off the 150th anniversary celebration of Henry Ford's birth in 2013 •Community picnic, special program at Maker Faire are key events leading up to the 150th birthday of Henry Ford on July 30, 2013 •New dedicated website, www.henryford150.com, launches to host an interactive timeline of Ford's life, a calendar of activities and information, and efforts to preserve Ford's legacy DEARBORN, Mich., Dec. 11, 2012 – A key part of Ford Motor Company's heritage returns home as a Model A built in 1903 is again with the Ford family, kicking off the yearlong celebration of the 150th anniversary of the birth of company founder Henry Ford. Considered the oldest surviving Ford vehicle, the 1903 Model A was unveiled today to Ford Motor Company employees by Executive Chairman Bill Ford, who purchased the vehicle at an auction in October. 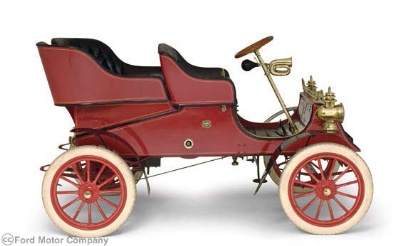 'The timing was perfect to bring this key part of Ford heritage back to the family as we celebrate the 150th anniversary of my great-grandfather's birth and his vision to improve people's lives by making cars affordable for the average family,' said Bill Ford. 'His vision to build cars that are reasonably priced, reliable and efficient still resonates and defines our vision today as well.' MotorCities National Heritage Area and the Henry Ford Heritage Association teamed up with more than 30 Henry Ford-related collaborators to coordinate the yearlong celebration of events. These activities, highlighting Ford's legacy, contributions and influence, include tours, educational programming, dramatic re-enactments, lectures, integration and special events at auto shows and more. A dedicated website, www.henryford150.com, also is launching today that includes an interactive timeline of Ford's life, tours, a calendar of 2013 events and information about efforts to preserve Henry Ford's heritage. Henry Ford's 150th legacy will be celebrated in 2013 through a variety of events. Some of these include: Trending News
Photo credit: Ford
posted on conceptcarz.com
Loading...
Loading...
Loading...
Loading...
Loading...
Loading...
Loading...