High bid of $375,000 at 2012 RM Auctions at Amelia Island, Fla. (did not sell)
Sold for $588,000 at 2019 RM Sothebys : Monterey.
Ferrari introduced the 330 GTC at the 1966 Geneva Motor Show. The new supercar brought with it several design cues borrowed from other premium Ferraris, including the tail of the 275 GTS and the front end of the 400 Superamerica. It had Pininfarina styling and trademark Ferrari power from a front-mounted V-12 engine. In late 1968, the original GTC's engine displacement was enlarged to 4,390cc, resulting in the 365 GTC. It had luxurious quality, improved acceleration, and excellent styling. Just 168 examples of this Gran Turismo Coupe were produced between late 1968 and 1970.This Ferrari is clothed with body number C0710 and is believed to have been only the fourth example porduced of the 365 GTC. It was built to European specifications and then dispatched to an owner in Switzerland before surfacing in the United States in September of 1976, when it was purchased by Michael F. Stevenson, an Englishman working at FAF Motorcars in Atlanta, Georgia. Dr. Ron Freireich, a cardiologist living in Atlanta, purchased the car in May of 1978. It remained with Dr. Freireich for 18 years, at which time it passed through a dealer to Dick Hansen of Southern California. The new owner commissioned a major engine rebuild in late 1996, which was performed by the Bobileff Motor Car Company of San Diego. Two years later, the car was purchased by Illinois-based collector John Santucci. In May of 2005, it was purchased by Bill Levine of Long Beach, California. Mr. Levine commissioned over $25,000 worth of work for the car, including the installation of period Campagnolo alloy wheels, a rebuild of the brakes, a complete interior restoration featuring a correct Becker Europa radio and a myriad of re-chroming. After Mr. Levine's ownership, it was acquired in 2008 by Leo Lee of Los Angeles, who retained possession until 2011.
Powering the car is a 4390cc single overhead cam twelve-cylinder engine fitted with three Weber twin-choke downdraft carburetors. The 320 horsepower is sent to the rear wheels via a five-speed manual rear transaxle. There is four-wheel independent suspension and four-wheel disc brakes.
In 2012, the car was offered for sale at the RM Auction in Amelia Island, Florida. The car was estimated to sell for $385,000 - $450,000. Bidding reached $375,000 but was not enough to satisfy the vehicles reserve. It left the auction unsold.
By Daniel Vaughan | Apr 2012

Recent Sales of the Ferrari 365 GTC

Ferrari 365 GTCs That Failed To Sell At Auction

1968 Ferrari 365 GTC's that have appeared at auction but did not sell. 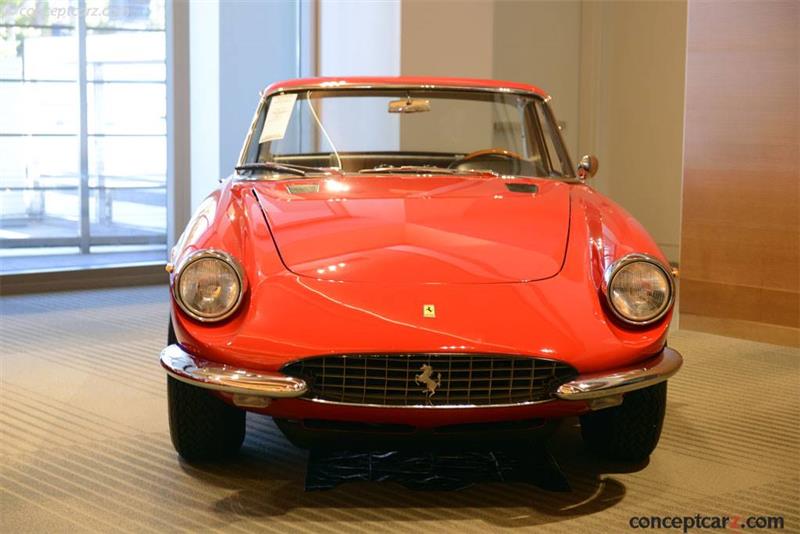