Sold for $605,000 at 2015 RM Sotheby's : Amelia Island.
The automobile industry was still in its infancy when Rolls Royce introduced their Silver Ghost in 1906. With its arrival, it set a new level of refinement, agility, comfort, and luxury. At the time, it was considered the most advanced automobile that money could afford. Nestled comfortably under the bonnet was an advanced six-cylinder engine that features seven main bearings, a pressurized oiling system, and strong and rigid aluminum alloy crankcase. It had removable cylinder blocks with fixed heads, which eliminated leaks and cooling problems. Casting them in triplets helped shorted and lighten the engine. The reliability was enhanced even further with twin ignition, via magneto and distributor and coil. The crankcase and the timing drive and ignition were driven by gears, not chains. Other features included manifolds and a new twin-jet carburetor developed by Royce. It was given a low compression of just 3.4:1 which allowed the engine to develop incredible torque while turning at just 1,250 RPM. The engine was reliable but it was also silent without a puff of smoke. It was smooth and powerful. The Silver Ghost was capable of accelerating from a standing start to top speed without shifting. Running in top gear only gave a smoother ride, particularly when the owners were generally the rear passengers. The refinement of the engine was matched by its luxurious coachwork and its purchase price. This particular example was delivered new in January 1913. At that time it wore a torpedo body by Thrupp & Maberly. It was rebodied in 1988 into its present touring style, a Roi des Belges or 'Tulip Phaeton. The body was created by Wilkinson, a well-known modern British coachbuilder.
During the 1920s, the car was in the care of His Grace the Duke of Sutherland. Recently it was owned by Silver Ghost enthusiast, Millard Newman.
The car is currently finished in a duo-tone cream yellow with butterscotch wings and outlining. It rides on blackwall tires and black wire wheels. It has proper spring gaiters, and plenty of brass accessories and body fittings.

Sold for $605,000 at 2015 RM Sotheby's : Amelia Island.
Henry Royce met Charles Rolls in 1904 shortly after Rolls built his first motor car. Rolls owned a motorcar dealership and began purchasing cars from Royce. They offered four models ranging from two to six cylinders. When Mr. Royce developed an improved six-cylinder engine, the company decided to eliminate the previous models and sell only the new model.The 40/50 debuted in 1907 and featured Henry Royce's 7428cc side valve inline six cylinder engine. The name 40/50 refereed to its taxable horsepower rating. The rating was a formula that varied by nation and in Britain consisted mainly of the bore and number of cylinders. The engine block featured alloy material while the crankshaft had seven main bearings. Toher features included pressurized oiling, fixed heads and a twin ignition system via magneto or distributor. The Silver Ghost name originated with an early model that was painted silver and referred to the quietness of the engine.This Silver Ghost was used in World War I by the British Admiralty. It has had several bodies during its life, a not uncommon practice for cars of the era. In 1988, it acquired the current 'Roi des Belges' or 'tulip phaeton' body by Wilkinson, a style made popular in the early 1900's by Barker. The body style was suggested by the mistress of King Leopold II of Belgium. 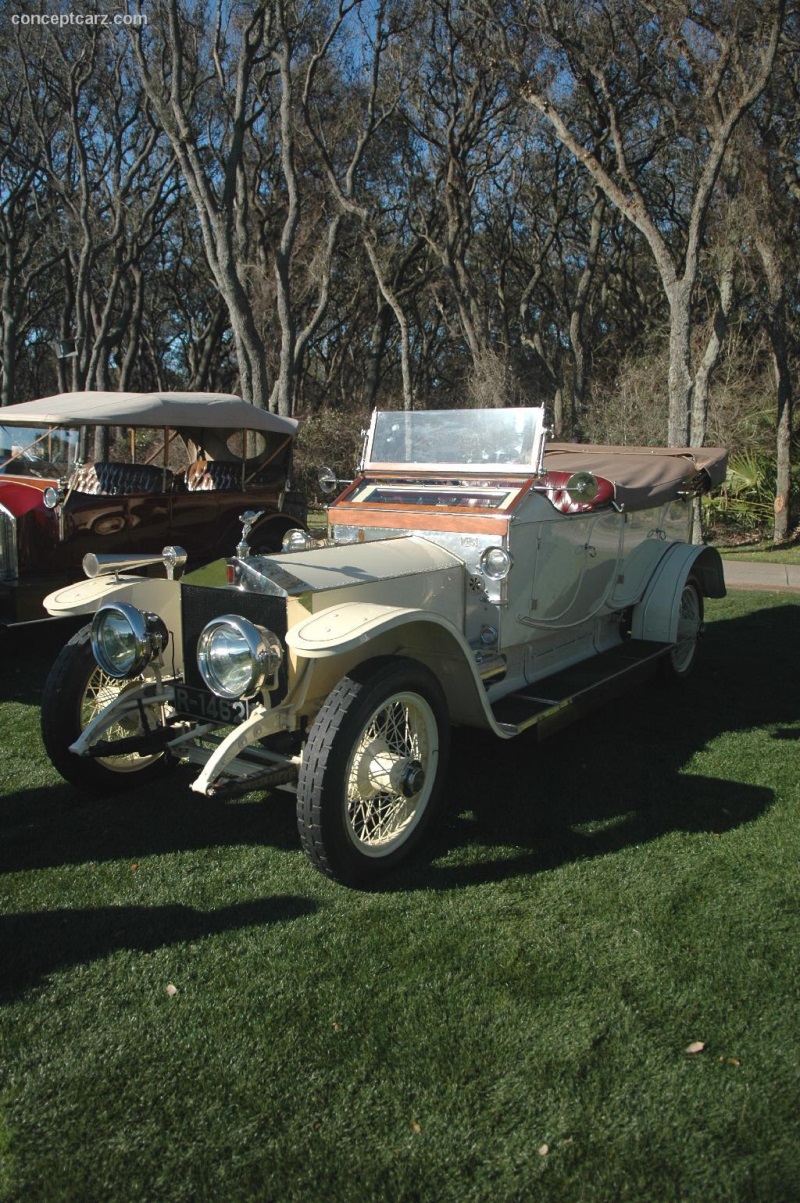 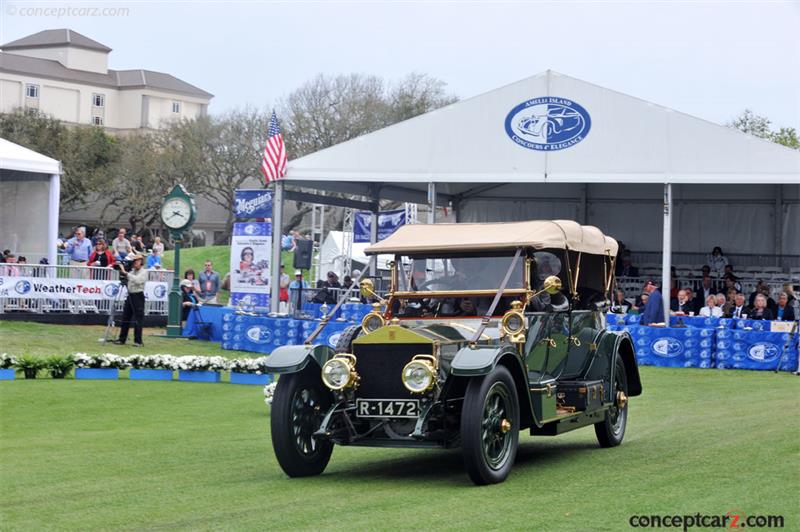 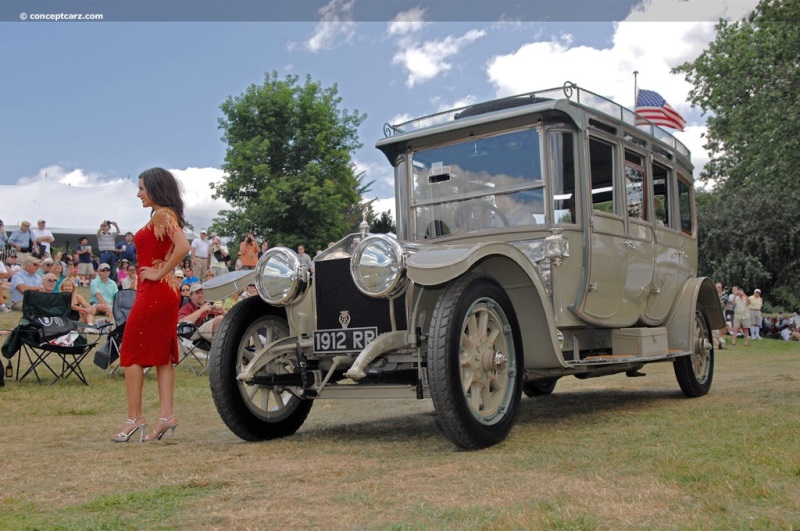 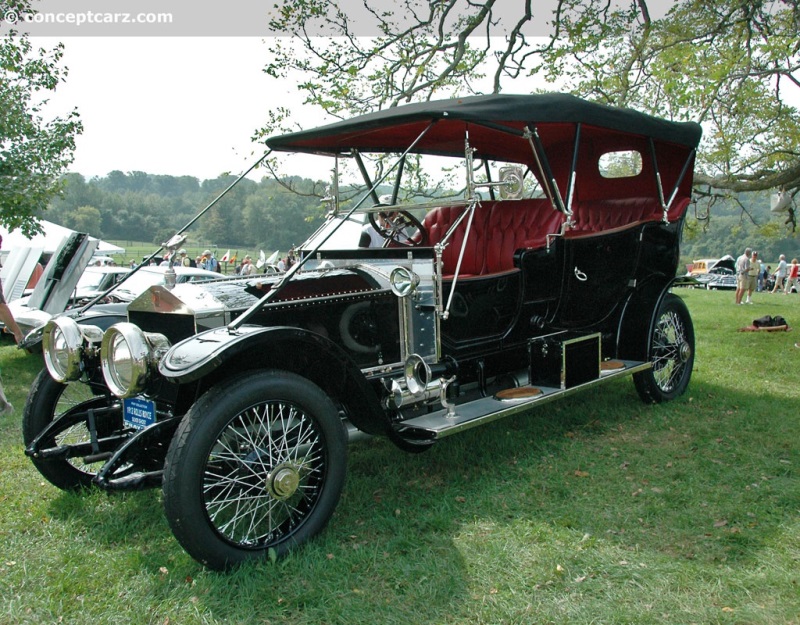 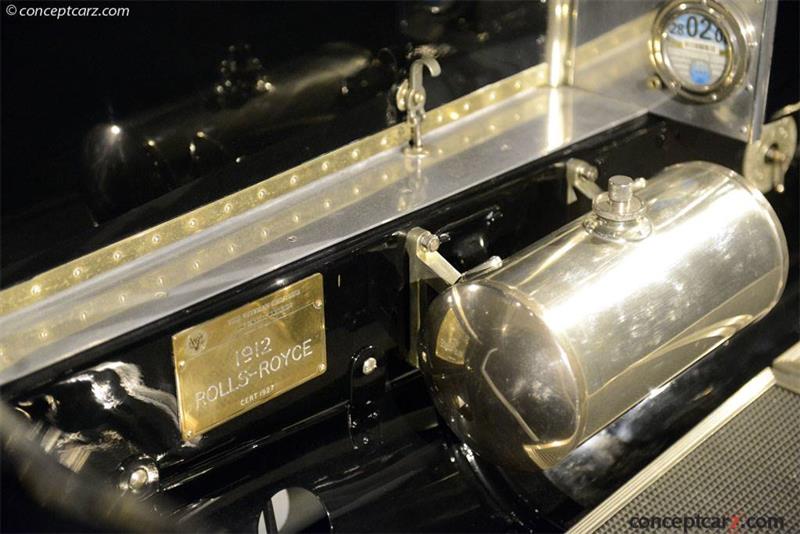 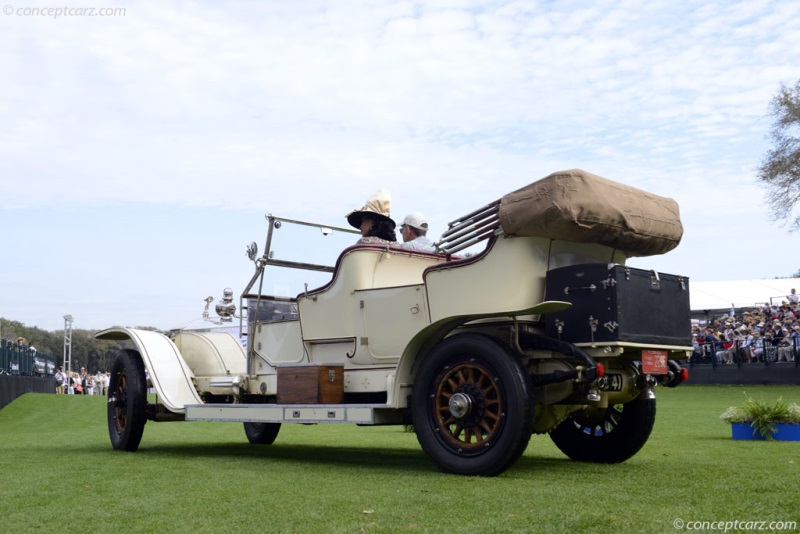 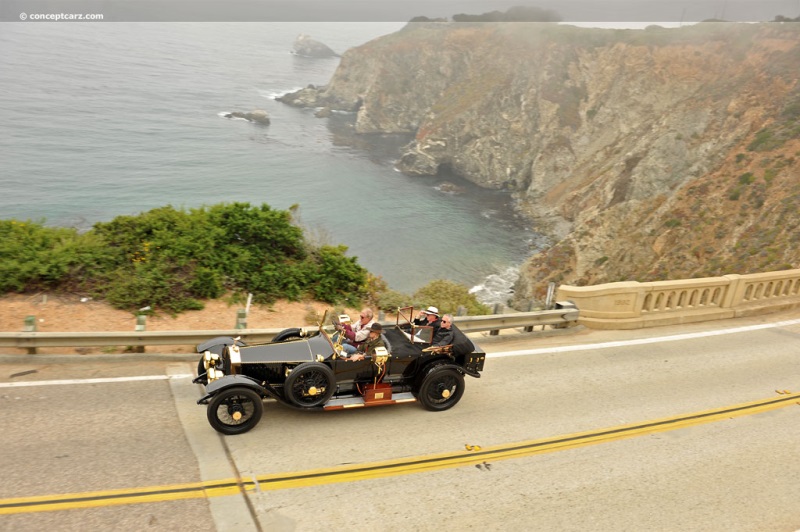 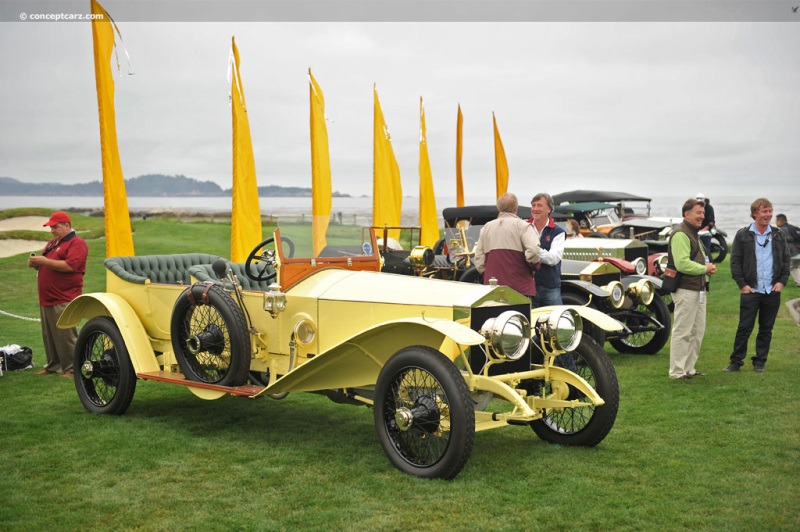 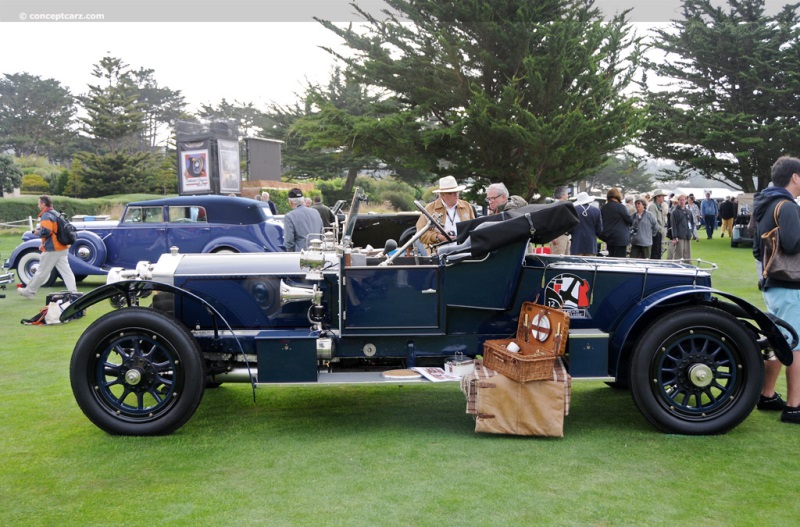 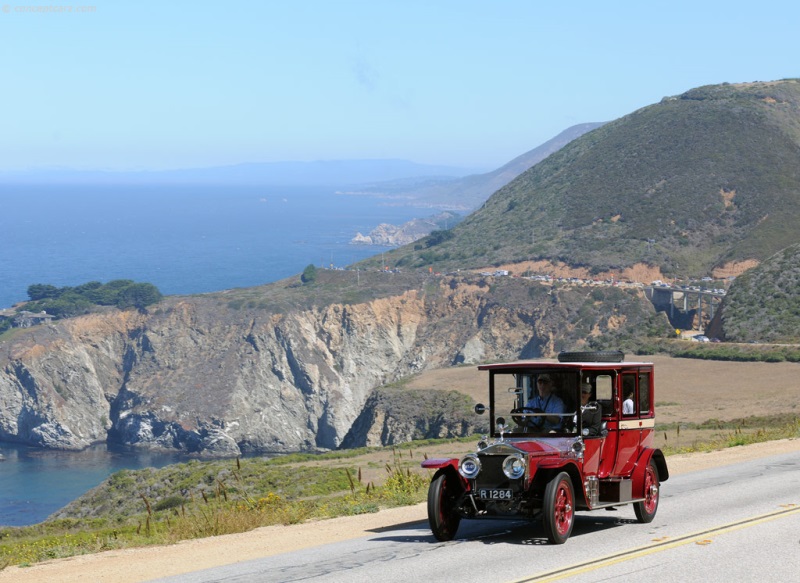 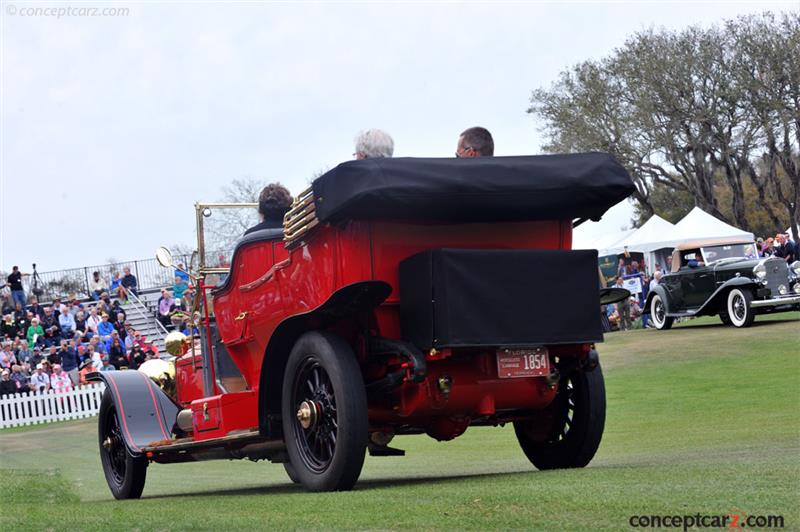 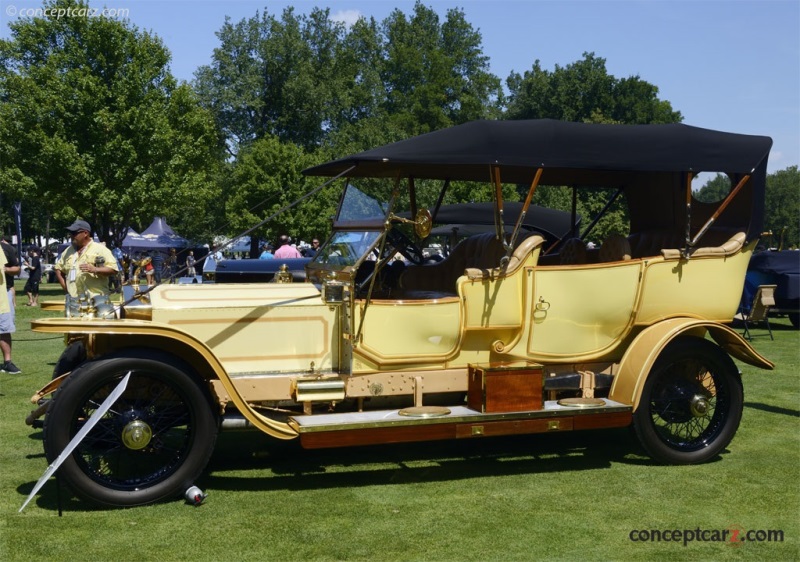 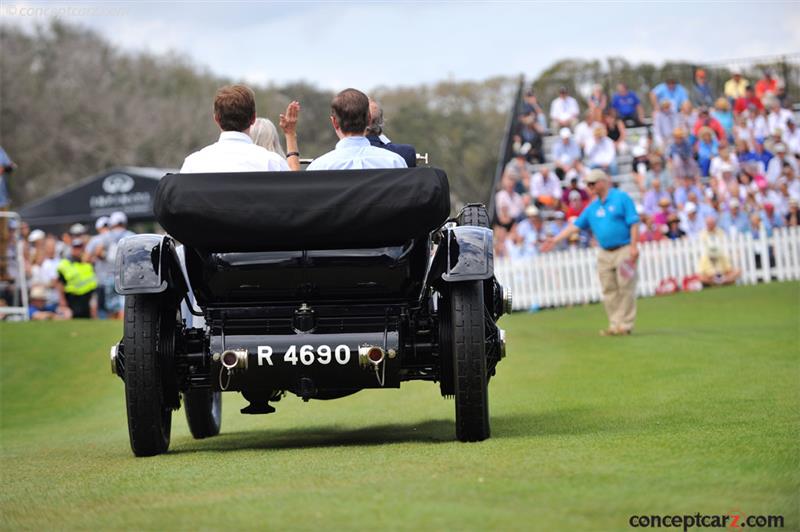 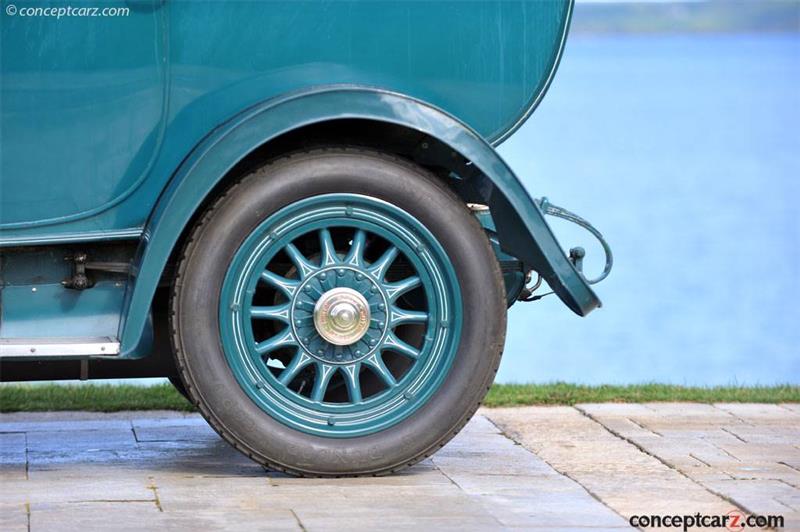 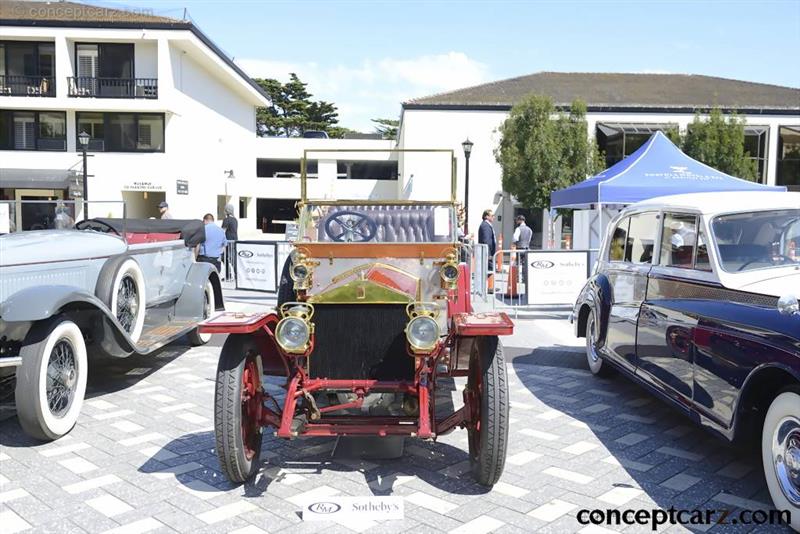