By the mid-1980s Jaguar had returned to the sportscar scene and was quite successful. However, their best models, cars like the XJR-5, really could not compete at places like Le Mans. This would lead Jaguar to make the decision to back Walkinshaw. Jaguar would be a works team, but it would be Tom Walkinshaw that would tweak and refine the team into a contender. Walkinshaw believed in the engine. The large, 6.0-liter, water-cooled V-12 offered more than 650hp. Walkinshaw just needed a car that could make the most of it. Enter the XJR-8. This design would be a leap forward for Jaguar and would result in a dominant performance in the 1987 World Championship scoring eight victories in ten events. Sadly, Porsche continued its run at Le Mans scoring its fifth-straight overall victory. Walkinshaw and Jaguar were close. It was time to close the deal. The new car design would be the XJR-9, and it would be the winner Jaguar needed. Three cars lined up crossing the line at Le Mans giving Jaguar yet another victory in the 24 hour race would prove Porsche's dominance was not a sure thing. But while the victory at Le Mans would certainly be the highlight of Jaguar's sportscar season it would be just one of a number of victories for the brand-new XJR-9.
Jaguar knew it needed to have a presence in the United States. Therefore, the decision would be made to run the new XJR-9 in IMSA configuration for the GTP class for 1988. The car would be immediately successful scoring victory in the 24 Hours of Daytona in its very first try.
This particular chassis, 388, would come to be in late 1987 and would do a series of long distance tests in the beginning. At Daytona, 388 would start from the front row of the grid with Jan Lammers, Danny Sullivan and Davy Jones as its drivers. Unfortunately, the race would not go very well for the number 61 Jaguar. It would go swimmingly for its sister-car however.Strong results and unfortunate slip-ups would be 388's fate throughout its early career. At Daytona the following year the XJR-9 would start a strong 7th on the grid. In time, the car would become embroiled in a terrific three-car battle. Heading into the late stages of the race 388 would be in the lead and looking quite good. Unfortunately, just when victory was in sight, rising engine temperatures forced a pitstop and this gave the victory to Porsche. Jaguar 388 would finish a bittersweet 2nd. Over the course of the 1989 season 388 would perform strongly finishing with no less than six 2nd place finishes. Sadly, victory remained just out of reach. By 1989 the XJR-9 was more than a couple of years of age and in need of replacement. Unfortunately for Jaguar, neither the XJR-10 or XJR-11 seemed to be that next step in performance the team looked for. Often XJR-9s would be entered in races right along side its supposed successors and often would fare just as well, or, even better. Jaguar had a new design waiting, the XJR-12. Besides some bodywork changes, the XJR-12 would see the return of the venerable V12 engine. Chassis 388 would be updated to XJR-12 configuration, but there wasn't a whole lot different, the lines were mostly the same.And this meant the performance was also the same. At the 1990 24 Hours of Daytona both of the Jaguars would be slightly off the pace qualifying a respectable 9th and 10th. But a 24 hour race was not won by speed alone and 388 would prove this. By the nighttime hours, both Castrol Jaguars were running at the head of the field, but not without some concern.
The two Jags were well clear of their competition in 3rd place. However, in the waning moments Jan Lammers would be forced to pit the leading Jag, chassis 388. Once again, overheating would be the issue. The crew would set to work flushing the radiators. Time was being lost, but there was no chance at victory without the effort.
In the end, the effort would be worth it as 388 would cross the line to take the overall victory. Chassis 388 was a race winner. And, to prove the performance was no fluke, the car would put forth an impressive 3rd place performance in the 12 Hours of Sebring only a little more than a month later. Following the 3rd place at Sebring, 388's racing career would come to an end. The car would end up as part of the TWR museum until 2003. Following restoration in 2006, the car would be purchased by its current owner. The all-around driver, Jochen Mass, would actually be behind the wheel of 388 at the 2015 24 Hours of Daytona and even Davy Jones, one of the drivers that guided 388 to victory at Daytona in 1990, would return to the wheel of the car covering some shakedown laps. Colorful, one of just two Castrol V12s and a winning example of Jaguar's 'Big Cats' from the late 1980s, chassis 388 is certainly a piece of sportscar history and an opportunity that doesn't come along all that often. Offered via RM Auctions in the 2015 Amelia Island event, chassis 388 would be one of the highlights drawing estimates ranging from $3,000,000 to $5,000,000.By Jeremy McMullen

Recent Sales of the Jaguar XJR-9LM

Jaguar XJR-9LMs That Failed To Sell At Auction

1988 Jaguar XJR-9LM's that have appeared at auction but did not sell. 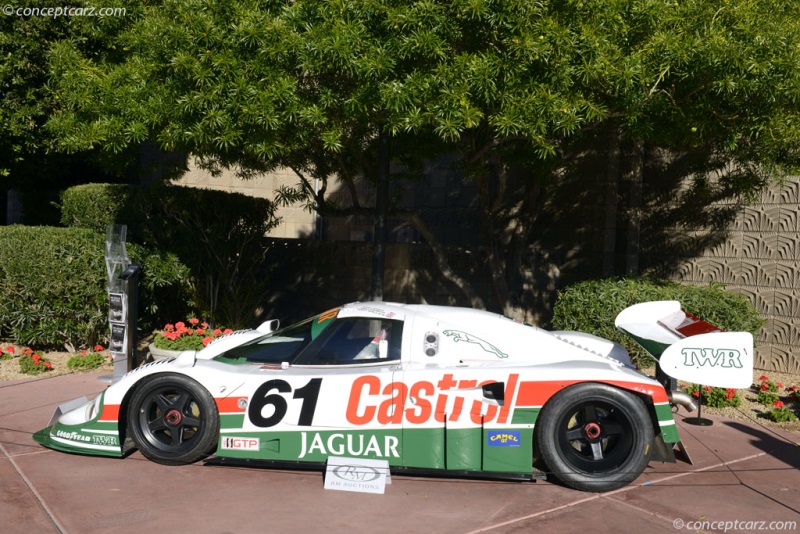