Sold for $698,500 at 2013 Bonhams - Boca Raton Concours d'Elegance.
Sold for $950,000 at 2013 Mecum Auctions - Monterey.
High bid of $1,100,000 at 2014 Mecum - Kissimmee. (did not sell)
High bid of $800,000 at 2016 Mecum : Monterey. (did not sell)
High bid of $900,000 at 2018 Mecum : Monterey. (did not sell)
Sold for $935,000 at 2019 Mecum : Kissimmee.
The Duesenberg Motor Company was founded in Des Moines, Iowa, in 1913. They relocated to a larger facility in New Jersey in 1917 where the Duesenberg brothers (Fred and August) built a special 16-cylinder engine that powered a Land Speed Record car to a 158 MPH top speed run at Daytona Beach. A year later, they designed and built a 180 cubic-inch inline-8 cylinder engine inspired by a Bugatti engine. The Duesenberg engine used a single overhead camshaft design with three valves per cylinder. It was used in 1921 to power the only American car ever to win the French Grand Prix. Over a four-year period ending in 1927, Duesenberg race cars would win the Indianapolis 500 three times. By this point in history, the company had been purchased by E.L. Cord.E.L. Cord's purpose for the Duesenberg brand and engineering acumen acquisition was to build 'The World's Finest Motor Car.' The goal was accomplished with the introduction of the Model J at the 1928 New York Auto Show. This Duesenberg Model J Torpedo Phaeton wears coachwork by Fran Roxas in the style of Walker LaGrande. It is chassis number 2276 and is powered by engine number J-255. It was delivered new to William Sandow as a long chassis Model J wearing Judkins Limousine coachwork. By 1935, the car was used by E.L. Cord's wife before it was acquired in 1937 by John W. de Noira for use in his Pacific Auto Rental in Hollywood. It would remain with the company for the next 48 years and star in many movies, perhaps making it the most filmed Duesenberg ever.
When Pacific Auto Rental was liquidated in 1985, this Duesenberg was sold to Fred and Dave Weber of St. Louis. The Webers had the body removed and replaced it with new coachwork. Fran Roxas of Chicago was tasked with building an exact replica of the Walker LaGrande Torpedo Phaeton.
The Webers later sold this Duesenberg and the Judkins body separately. The Judkins body current rests on car 2128.The car was sold on several occasions, passing from Don Williams' Blackhawk Collection in 2007 to a North East collection where it received detail work including having the top replaced completely in black cloth and the fit of the rear windows improved. In 2008, the car was shown at the Greenwich Concours d'Elegance where it was voted 'Most Outstanding Open Car.'
By Daniel Vaughan | Oct 2018

Sold for $698,500 at 2013 Bonhams - Boca Raton Concours d'Elegance.
Sold for $950,000 at 2013 Mecum Auctions - Monterey.
High bid of $1,100,000 at 2014 Mecum - Kissimmee. (did not sell)
High bid of $800,000 at 2016 Mecum : Monterey. (did not sell)
High bid of $900,000 at 2018 Mecum : Monterey. (did not sell)
Sold for $935,000 at 2019 Mecum : Kissimmee.
Originally this Duesenberg was manufactured as a Model J Judkins Limousine. It was sold to William Sandow, the Manager of Ed 'The Strangler' Lewis, who was known as the greatest wrestler of all time. He would later sell the car to E.L. Cord who gave it to his wife for use as her daily transportation. It would change hands several times and eventually be sold to de Nora of Pacific Auto Rental in Hollywood, California. It was often rented out for various films, including 'Some Like it Hot' with Marilyn Monroe. The cars movie career would end in 1985 when it was sold to the Imperial Palace Collection. The car would undergo a complete restoration and pass through several prominent collectors, acquiring numerous prestigious awards. The current owners acquired this car several months ago.
LeGrande Torpedo Phaeton by Walker
Convertible Berline by LeBaron
Chassis#: 2483
Chassis#: 2380 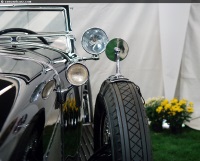 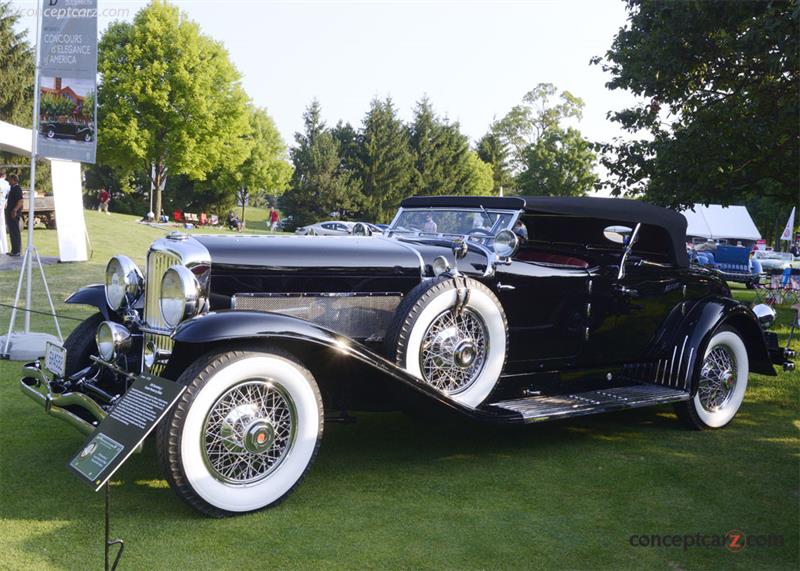 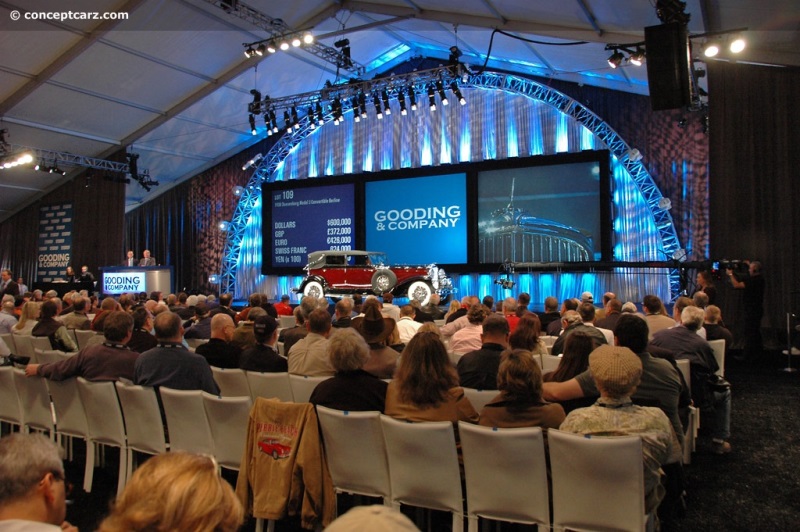 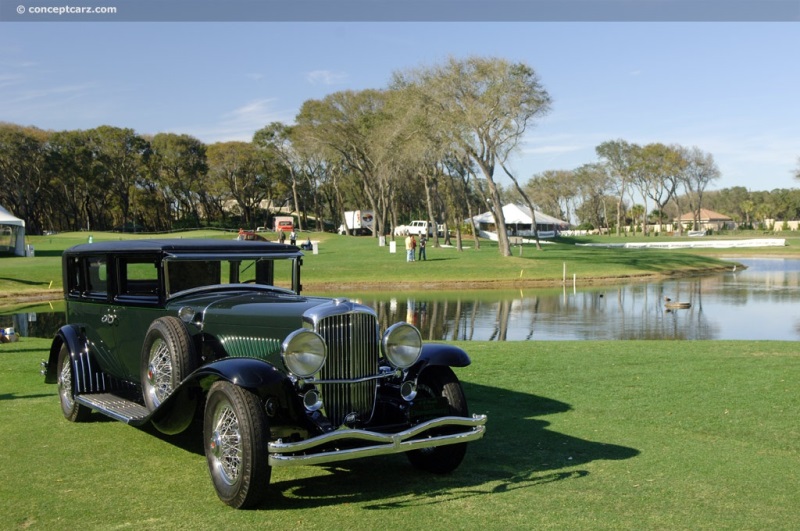 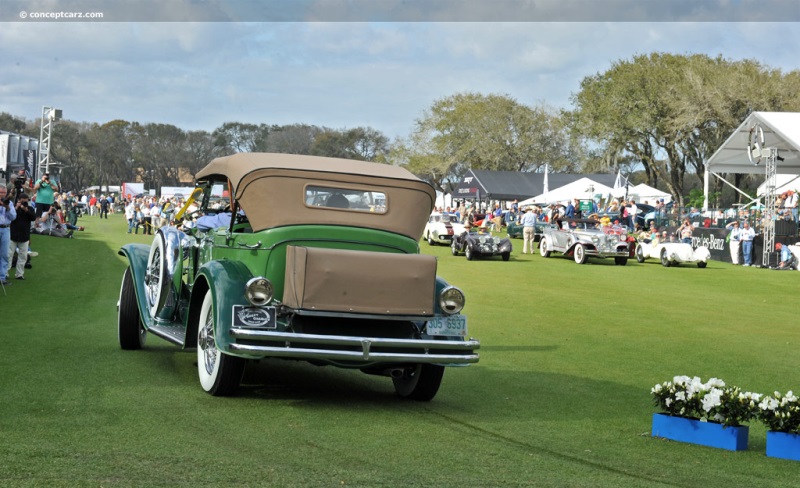 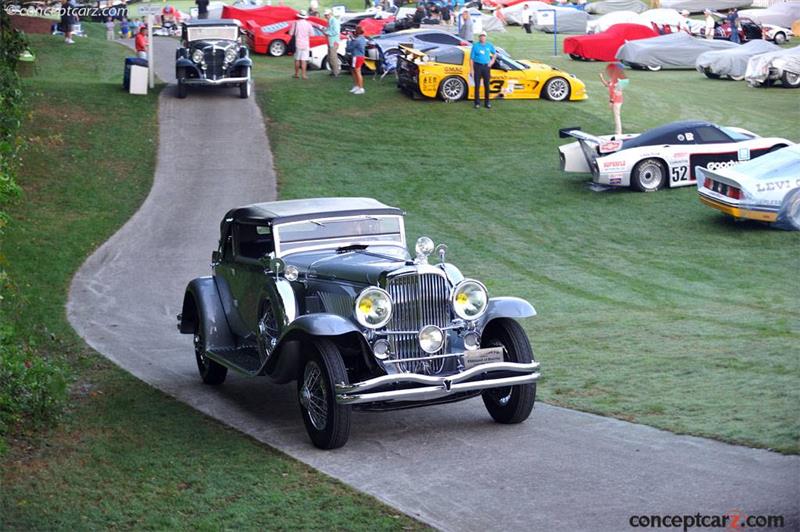 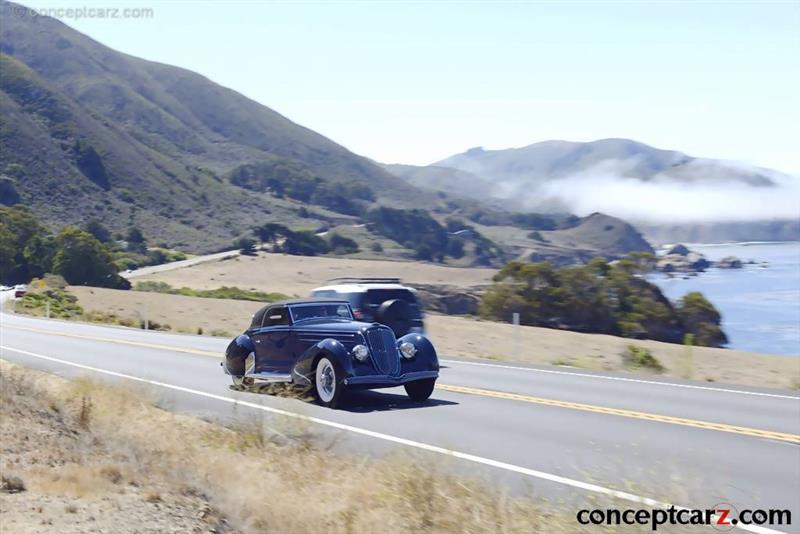 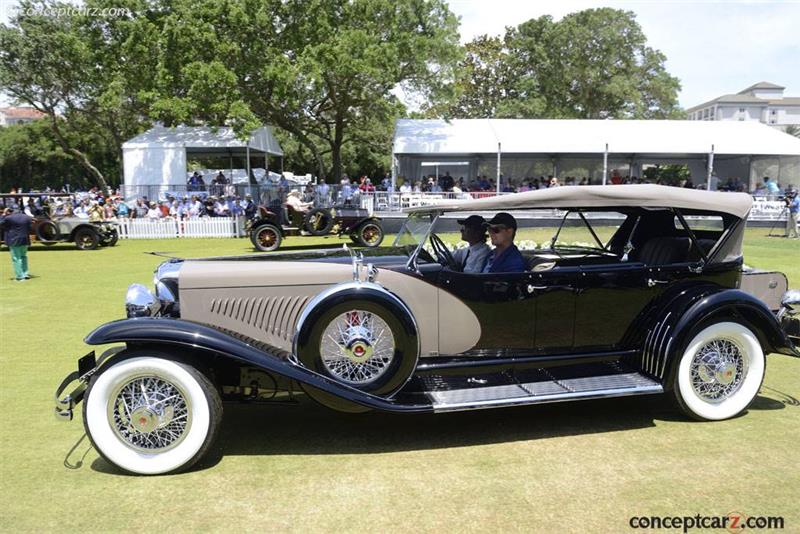 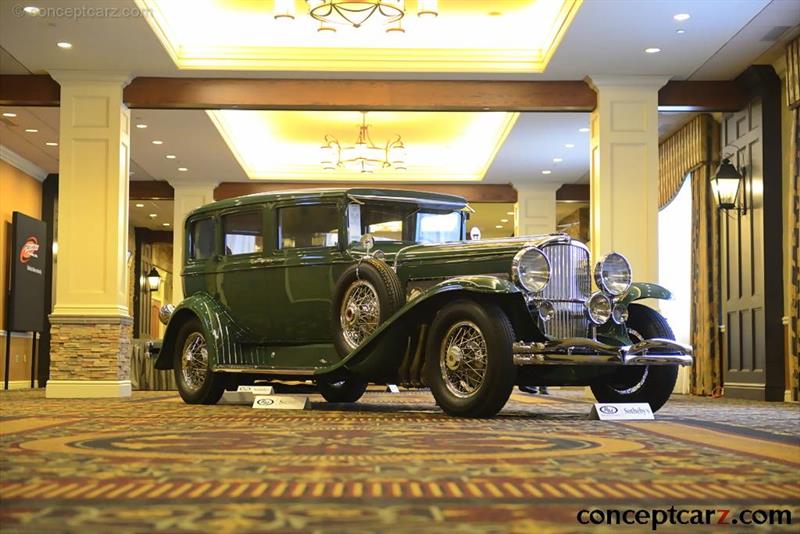 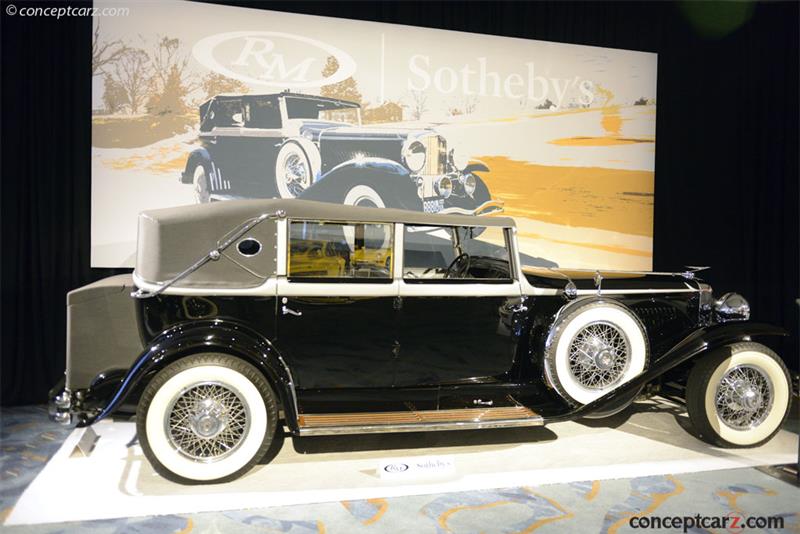 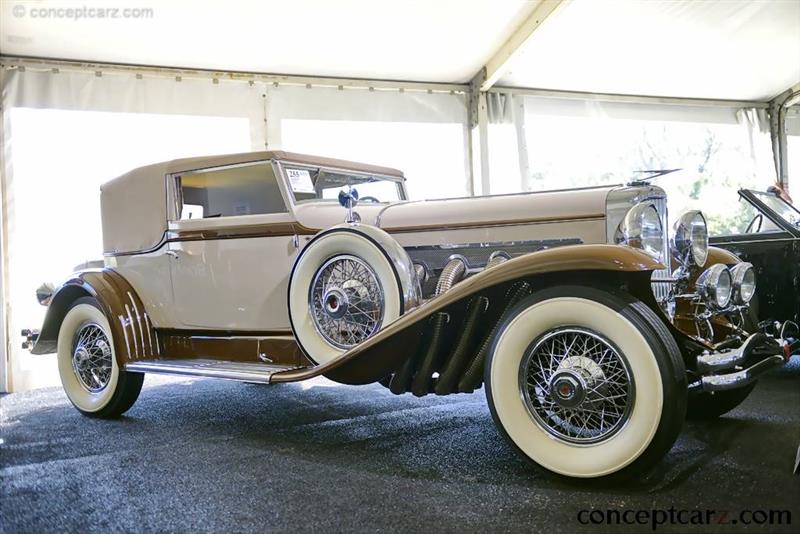 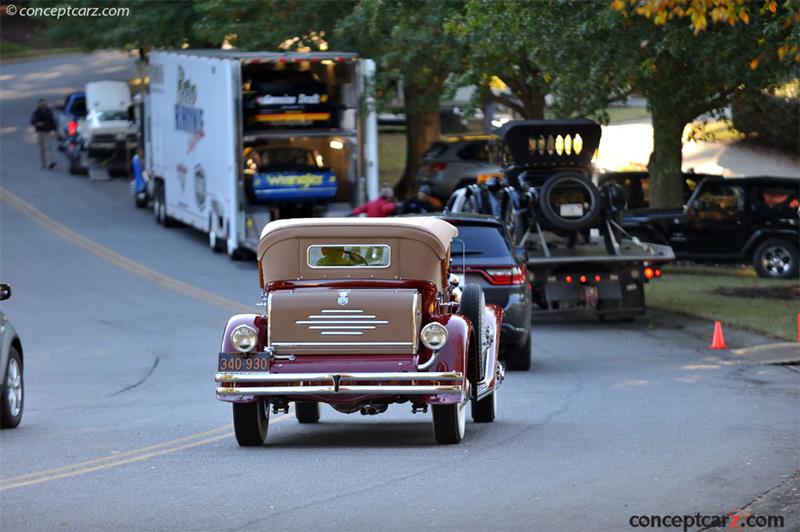 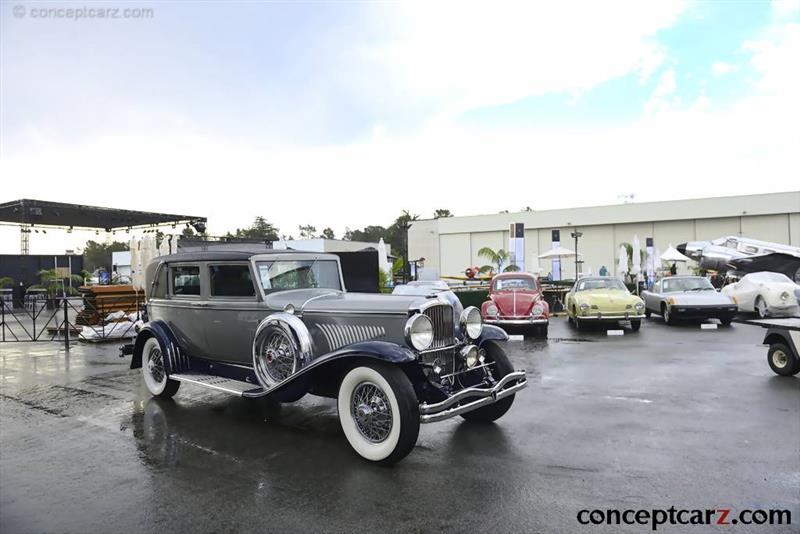