Frederick and August Duesenberg founded their automobile company in 1913, producing winning, hand-built race cars. E.L. Cord, owner of Auburn Automobile, acquired the brothers' company in 1926. The powerful Duesenberg Model J was created when Cord challenged Fred Duesenberg to create the biggest, fastest, and most luxurious car in the world - one that could rival the likes of Mercedes-Benz or Isotta Fraschini.The J is powered by a 420 cubic-inch, DOHC, straight-eight engine based on the Duesenberg brothers' successful racing engines of the 1920s. Designed by Fred, they were produced by another of Cord's companies, Lycoming. Without a supercharger, the engine produced 265 horsepower with a top speed of over 100 mph.This example was originally purchased by J.P. Wright as a Murphy-bodied convertible coupe, and re-bodied for him by the J.B. Judkins Company in Merrimac, Massachusetts. It is one of 27 Duesenberg Model Js bodied by Judkins, and one of only two fixed-body coupes. The other has likely not survived, making this striking car especially unique. It has many custom features, including a roll-out cabinet to hold Waterford crystal goblets and decanters.
It has been expertly restored, and has won many awards including the Gordon Buehrig Award at the 1990 Meadow Brook Concours d'Elegance.

In 1878, in the town of Lippe, Germany, the Duesenberg family welcomed an addition, a son, christened Frederic. He was joined a year later by a baby brother, named August. Seven years later, inspired by the glowing reports from the new world, the family immigrated to America. By the time the boys reached their 19th and 20th birthdays, they had distinguished themselves building and racing bicycles. Their first venture, in Des Moines, collapsed into bankruptcy, but the future was still awash in opportunities.

Building one-of-a-kind custom cars, such as #J-137, this Judkins coupe, was one of those opportunities. This car was initially purchased by Joseph P. Wright, of the Diamond Fiber Company, on June 1, 1929. Two of these coupes were built; they are highlighted by a small greenhouse and this is the only known example to have survived. It sports many custom features such as a roll-out cabinet, containing Waterford goblets and decanters.

The car was restored by Joe Foiladori of Indianapolis, the work completed in 1989. The car has received numerous first awards, including the Gordon Buehrig Award at the 1990 Meadow Brook Concours. 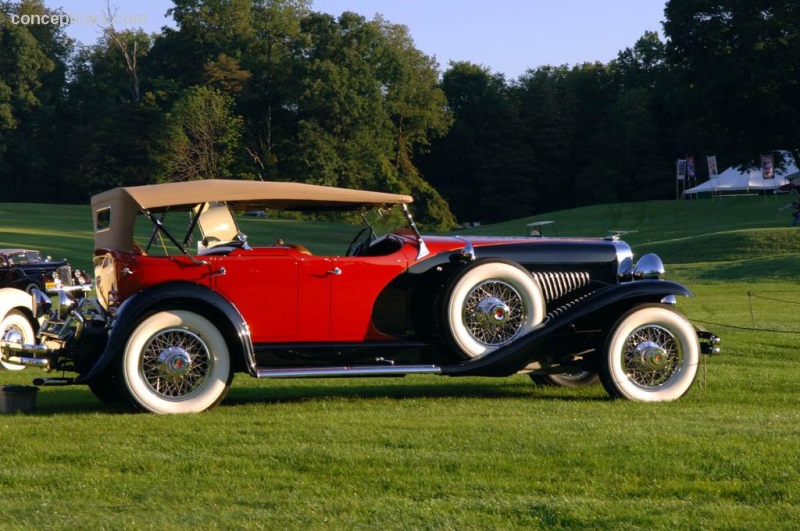 This 1932 Duesenberg J Judkins Fixed-Top Coupe was offered for sale at the 2007 Blackhawk Collection Exhibit held at the Pebble Beach Concours. It carried a price tag of $1,500,000 and was quick to find a buyer.

It is the only one in the world! This beautiful car was originally purchased by Joseph P. Wright (president of continental Diamond Fiber Company) on June 1, 1929. Very few coupes were built on a Duesenberg chassis and this is the only one known to survive. Mr. Joe Folladori of Indianapolis purchased this car in March of 1986 and completed a complete nut & bolt restoration, which was finished in 1989. The quality of the workmanship and the striking color scheme captures attention wherever it is shown. This car has received many first place awards including the Gordon Buehrig award at the 1990 Meadow Brook Concours d'Elegance for the best Duesenberg of the show. This car has many custom features including a roll-out cabinet that holds Waterford crystal goblets and decanters.Source - Blackhawk Collection
No auction information available for this vehicle at this time.

1932 Duesenberg Model J's that have appeared at auction but did not sell.