Bernd Rosemeyer drove Auto Union's mid-engined 'Silver Arrow' to victories at the German, Swiss, and Italian Grand Prix races which earned him the European driver's championship that year. In 1937, he drove an Auto Union to four of the five victories against the Mercedes-Benz W125. In recognition of his accomplishments, Auto Union commissioned a special automobile be built for Rosemeyer. It was a streamlined coupe with coachwork constructed by Erdmann & Rossi to a design by their employee Johannes Beeskow. The body, resting on a shortened 130-inch 853 chassis, had tapered pontoon-style front fenders and short rear fenders. Rosemeyer called the car 'Manuela.' Rosemeyer was unable to enjoy the car for very long, as his career was cut short during a land speed records attempt in a special streamlined Auto Union. 'Manuela' did not survive World War II.
This particular example was constructed by the German firm of Horch-Classic on an original 853 chassis. The chassis was shortened to 130 inches and correct bodywork was recreated to very near the original Beeskow design. The exterior was finished in dark blue paint, with a hand-applied pale coach line. Inside, there are individually adjustable armchair-style front seats with black leather upholstery. The carpets are piped in ivory leather and there is a set of period-correct fitted luggage. There is an original Gülde fabric sunroof and a dashboard that features oversized gold-toned gauges.
The engine is a 4,494cc single-overhead-cam inline 8-cylinder engine breathing through a single carburetor. The engine is backed by a five-speed manual transmission and there are hydraulic drum brakes at all four corners.
By Daniel Vaughan | Nov 2019

Recent Sales of the Horch 853

Horch 853s That Failed To Sell At Auction 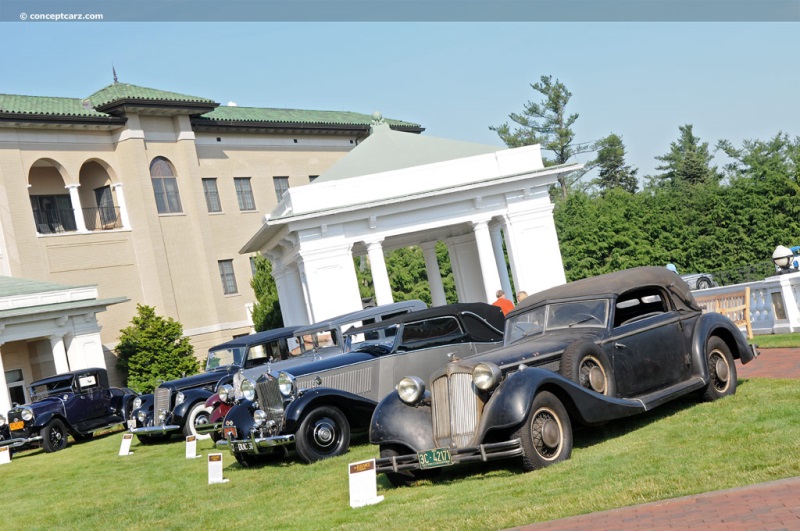 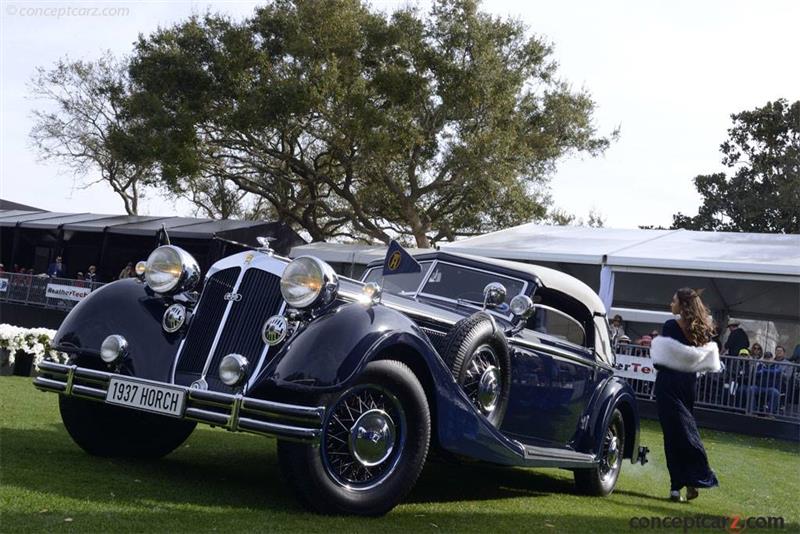 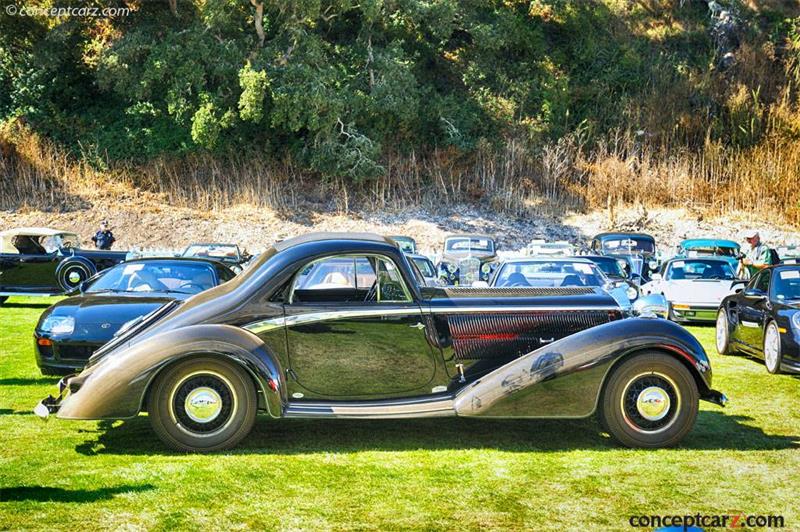