Sold for $412,500 at 2007 RM Auctions - The Al Wiseman Collection.
Sold for $451,000 at 2010 Gooding and Company - Scottsdale Auction.
Sold for $155,943 (£119,100) at 2017 Bonhams : The Beaulieu Sale.
This magnificent Rolls Royce Phantom II with coachwork by Wilkinson is a very special car. It is powered by an engine meant for aircraft and has more horsepower than most modern supercars. In the post-War era, there were a surplus of aircraft engines and several enthusiastic privateers used them to capture land-speed records and to win trophies at the track. This vehicle has a 27-liter engine that is fed massive amounts of fuel through two fuel pumps and three Carter carburetors. It can consume 100 gallons of fuel in an hour. Of course, the weight of the engine and the length of the vehicle needed to house these engines did not make them very suitable racecars. They were difficult to handle and braking was generally poor.This Drop Head Coupe is very long, has seating for two, and sweeping fenders.
This Drop Head Coupe left Crewe as a standard Phaeton II. In the late 1970s, Rolls-Royce collector Nicholas Harley of London, decided to perform a restoration that spanned a period of approximately seven years. During that time, the frame was lengthened, reinforced and fitted with this Gurney Nutting-inspired body constructed by Wilkinson's of Derby. The body features a long hood and short rear deck. Under the bonnet is a 27-litre Mark I Merlin V-12 engine fed by two fuel pumps feeding to three enormous Carter carburetors. The V-12 engine produces 1,100 horsepower at 3,000 RPM.
Some time in the 1990s, the car made its way stateside and, in 2000, it was sold to a Florida collector. The current owner acquired the car in 2007, who embarked upon a comprehensive mechanical overhaul. During the work, the transmission assembly was converted to a Jaguar unit with high-strength gears. Also, the engine received new gaskets and freshly rebuilt carburetors. The car is finished in dark green paint with matching solid disc wheels and a black beltline. There are Marchal auxiliary lamps, four-wheel servo-assisted drum brakes, and a four-speed manual gearbox. In 2010, this Chrysler Imperial was offered for sale at the Gooding & Company Auction held in Scottsdale, Arizona. The lot was estimated to sell for $400,000 - $500,000. As bidding came to a close, the lot had been sold for the sum of $451,000, inclusive of buyer's reserve. 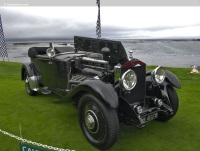 1931 Rolls-Royce Phantom II's that have appeared at auction but did not sell. 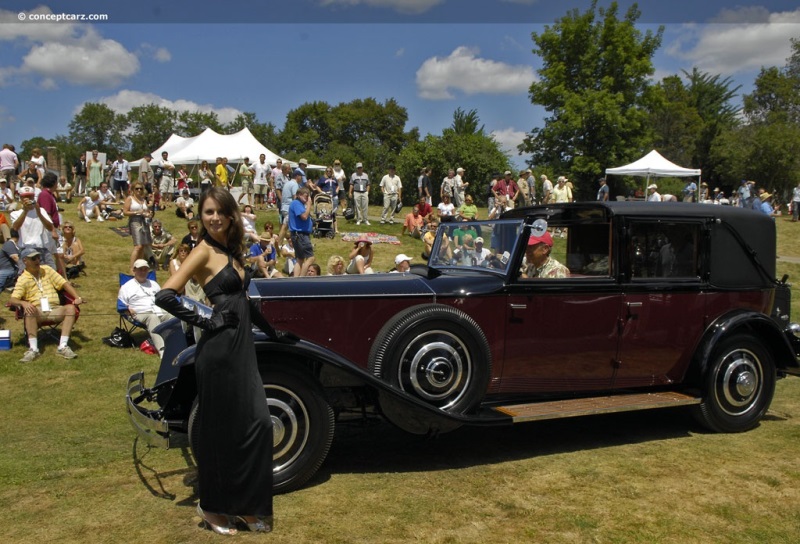 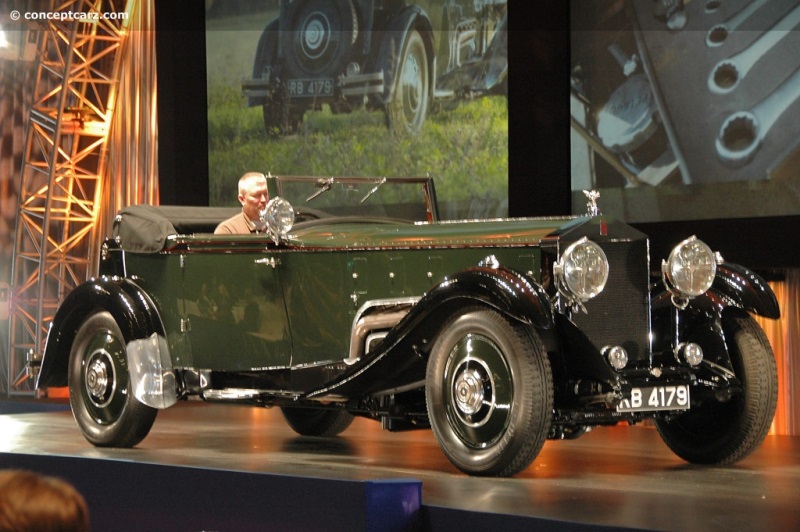 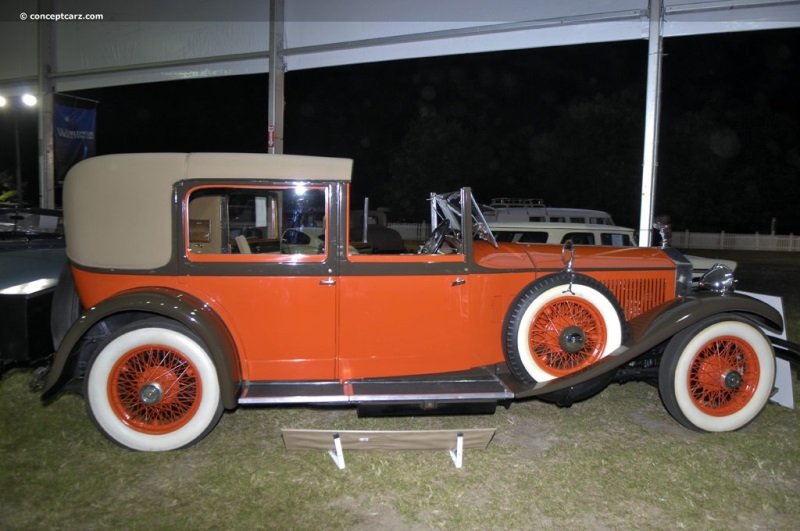 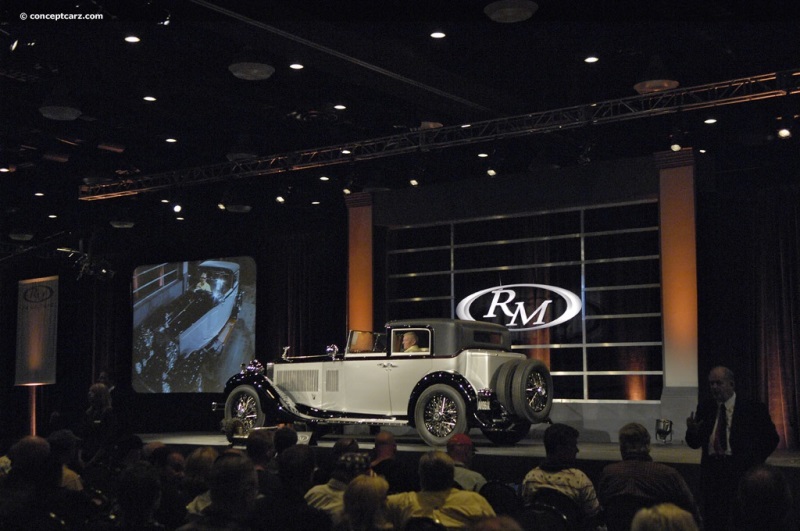 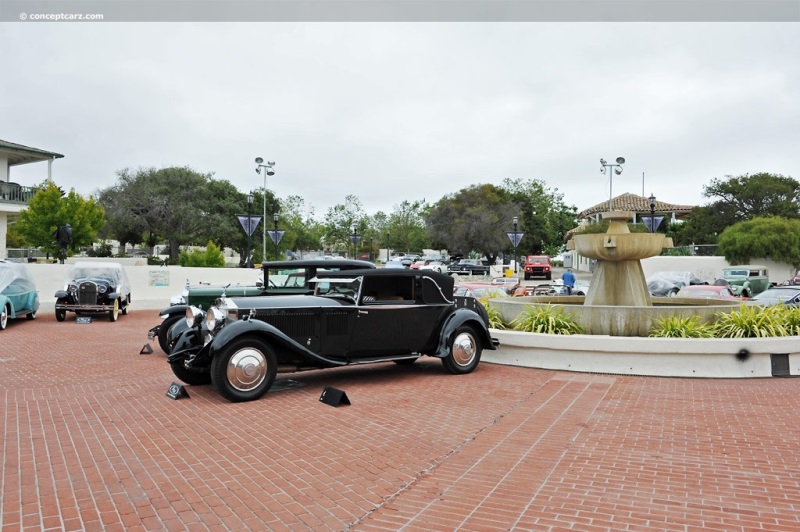 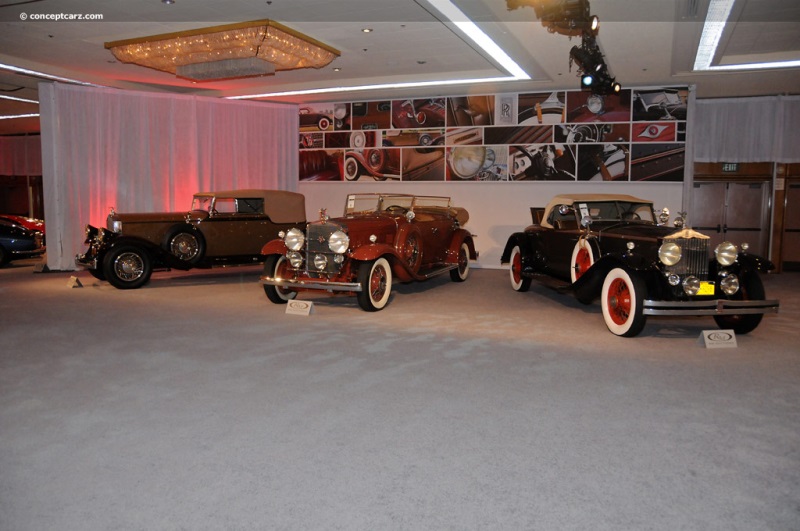 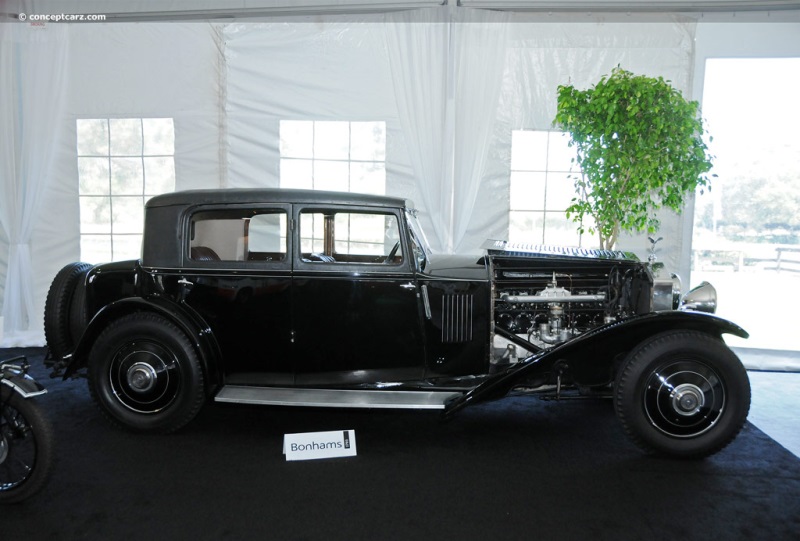 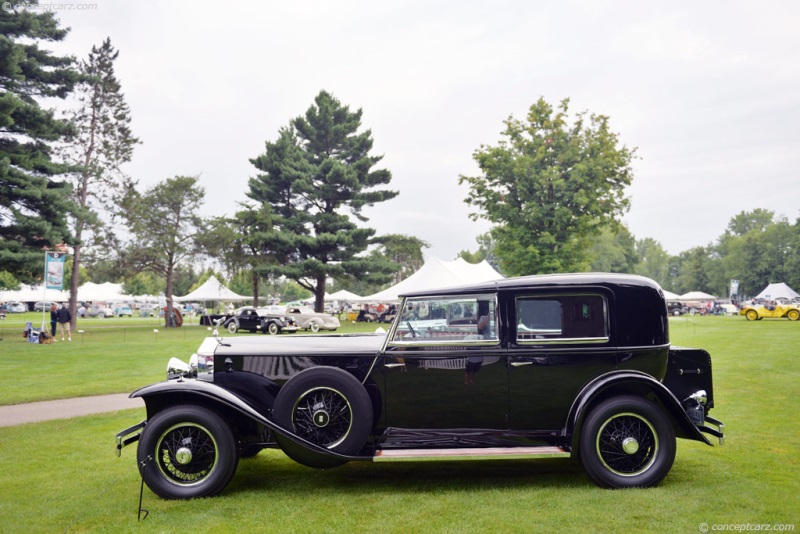 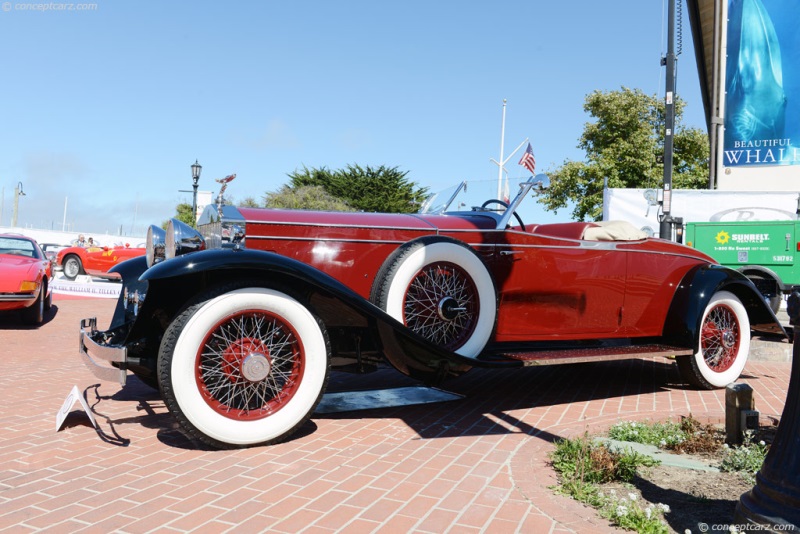 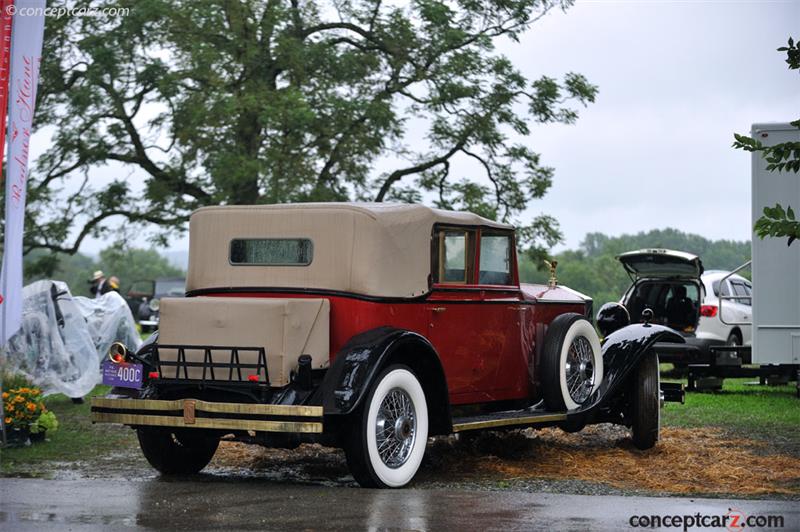 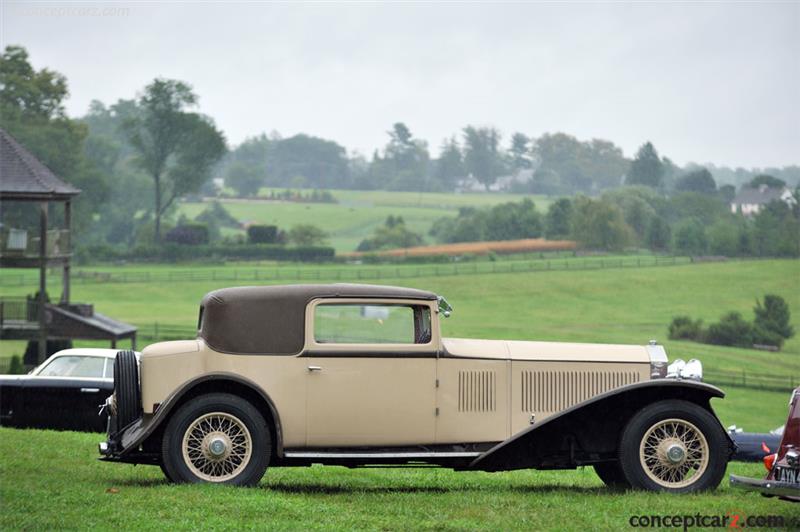 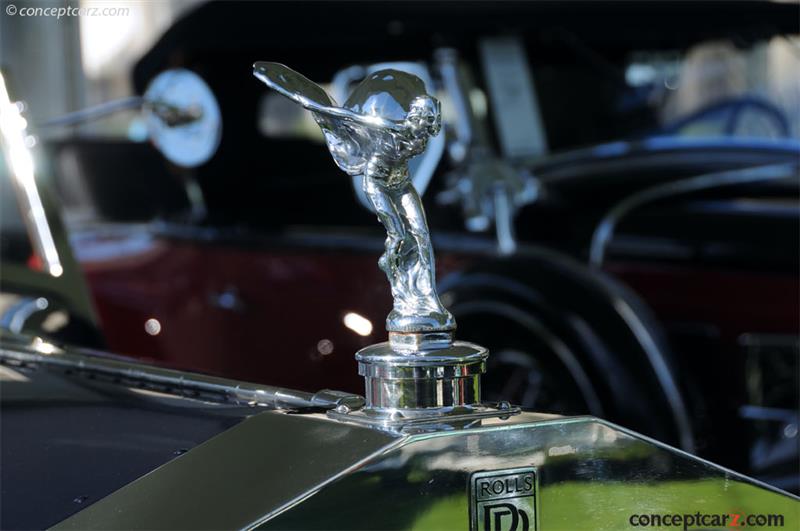 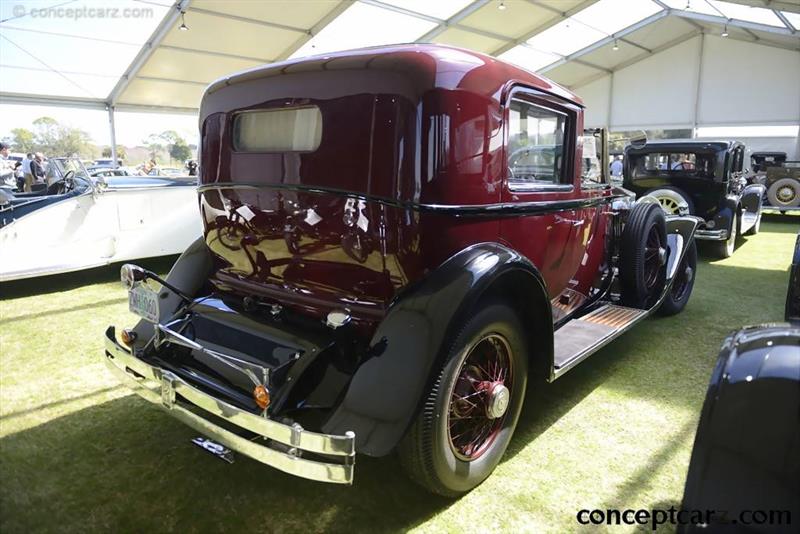 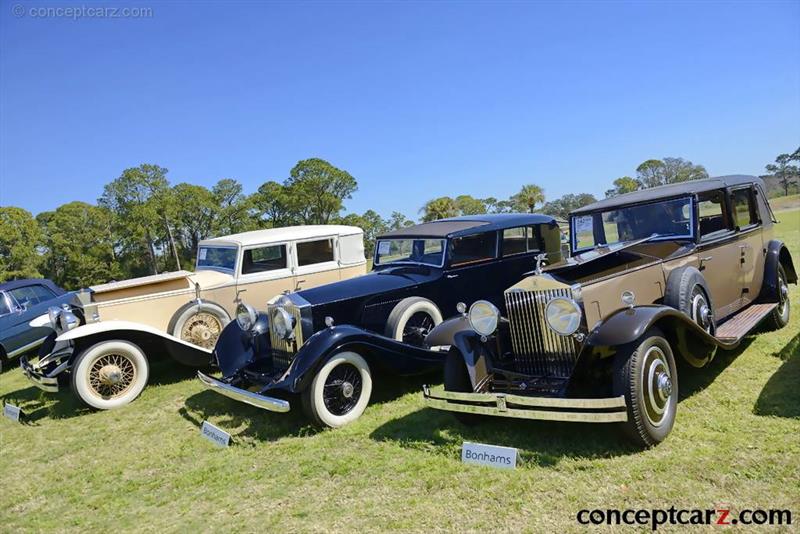 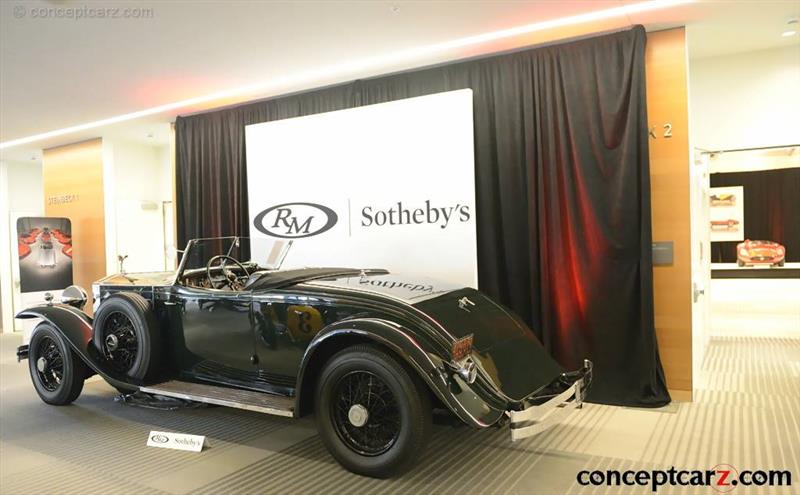