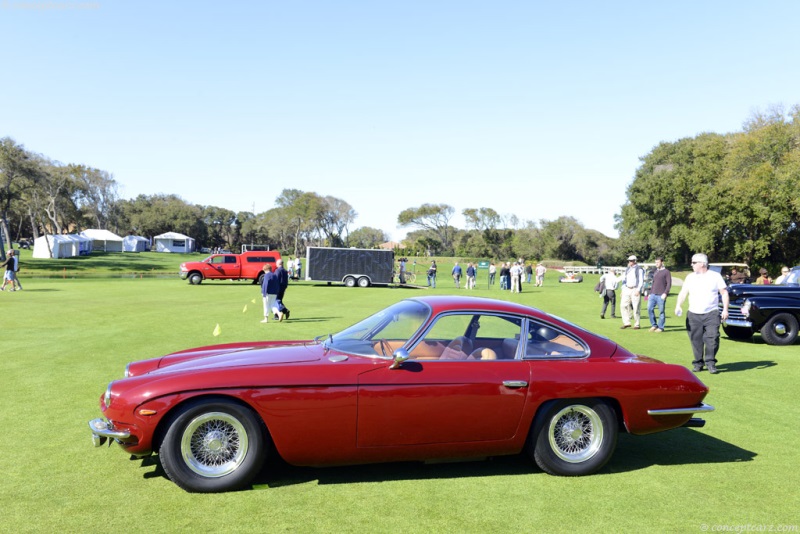 After the Turin Show, Carlo Anderloni of Touring was brought in to redesign the 350 and prepare it for production. The design was smoothed out and the pop-up headlights were replaced with units that were gracefully incorporated into the hood of the vehicle. The 3.5-liter V12 with twin overhead camshafts and six twin-choke Weber carburetors was placed horizontally between the camshafts in order to fit under the hood. Along with the redesign, the engine was detuned because Ferruccio Lamborghini desired a smooth running, refined engine rather than a highly-tuned racing power-plant. Horsepower dropped from 350 to 270. A 320 horsepower version was available as optional equipment.

The 350/400 GT Series represent Lamborghini's intention to construct the finest Grand Touring autombiles ever assembled. Many automotive journalists at the time hailed the cars as being better than equivalent exotic machinery.
By Daniel Vaughan | Dec 2006

The 400GT 2+2 debuted at the Geneva Salon in March of 1966. The styling resembles the earlier 350GT and 400GT, but it is a very different car. Most notably, the car features improved headroom as well as room to thrill two more people on every drive. ....[continue reading]

This Lamborghini 400GT was manufactured on October 17th of 1967 and delivered new in Milano, Italy to dealer Lamborcar. It has a known history since 1973, when it was documented in the care of John Hall of Alabama. Mr. Hall traded or sold the car to ....[continue reading]

Just 242 examples of the 400 GT 2+2 were produced. This example is highly original and unrestored. It is a Southern California garage find fitted with its original engine. It was sold new in Los Angeles, arriving in January of 1968. The first owner w....[continue reading] 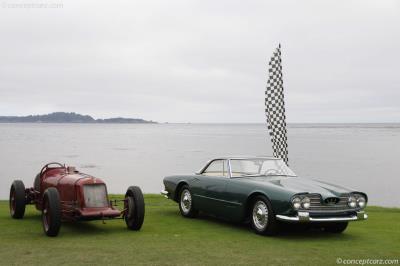 Modena, 29 November 2019 – Sixty years ago, the 5000 GT, a 22 coupé, was presented at the Turin Motor Show and was the undisputed star of the event. Maserati now celebrates the anniversary of... 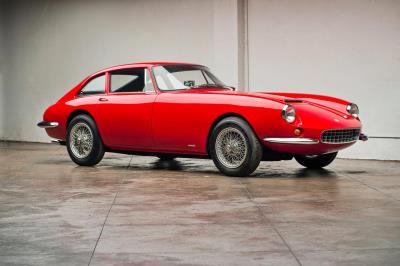 An outstanding selection of over 200 great collector cars and 100 pedal cars to be offered without reserve at Worldwides Corpus Christi Old Car Museum Auction, including the first Apollo GT Coupe... 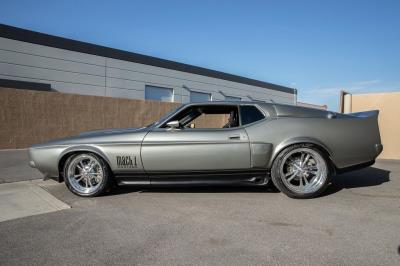 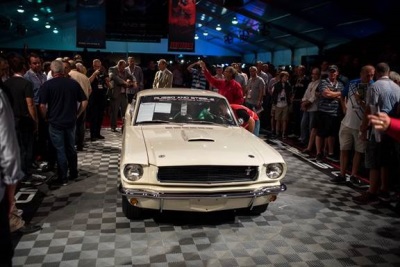 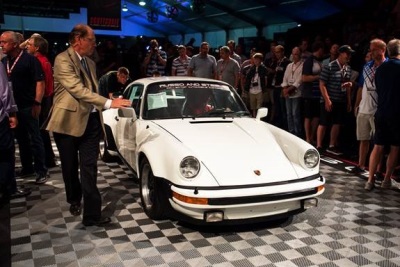 Monterey, California (August 16, 2015) – For Enthusiasts – By Enthusiasts. ™ Much more than a tagline, its our lifestyle, and its one that has clearly infused our fifteenth annual auction event...