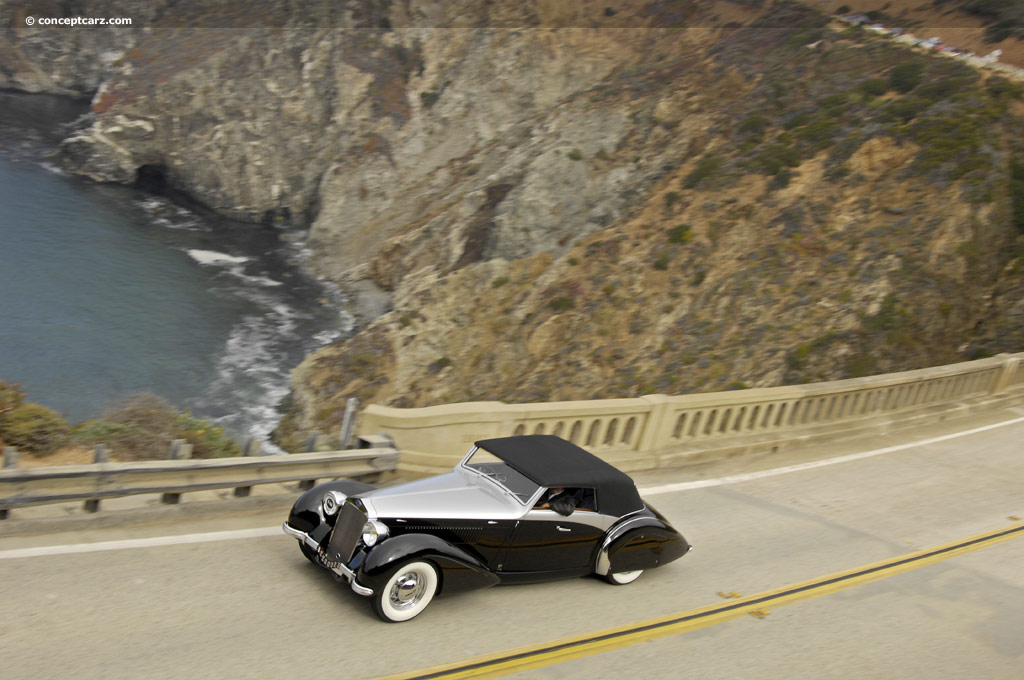 The Pourtout Aero Coupe was penned by Georges Paulin for the French coach builder Pourtout. Paulin had resume that included designs for Darl'Mat, Bently, and other famous European marques.

The flambouyant yet elegant designs created by Delage were futuristic and sexy. It is unfortunate that their production was limited; however, it does guarantee the vehicles exclusivity by today's standards.
by Daniel Vaughan | May 2010Letourner et Marchand of Paris, France, bodied around twenty Delage D8-120s in two styles, a fastback and notchback coupe. The fastbacks were sporty while the Aerosport Notchback Coupes favored elegance and luxury. These cars were given long bonnets to conceal the eight-cylinder engine that lay beneath. The bodies were well proportioned and flew gracefully in to the vehicles running boards. The headlights were integrated into the fenders.

One of the Aerosport D8-120 with coachwork by Letourneur et Marchand was displayed at the 1939 World's Fair in New York. The term, Aerosport, represented the fastback roof design.
by Daniel Vaughan | Apr 2007

In 1937, after Delage merged with Delahaye, the Delage D8 120 was introduced at the Paris Auto Salon. The D8 120 had a shorter wheelbase than the similar D8 100 and a 4.3-liter 8-cylinder engine. This Delage with Saoutchik coachwork was ordered by th....[continue reading]