Suggested vehicles
Related news
The Honda Racing F1 Team unveiled its challenger for the 2006 Formula One season in Spain this morning with the new driver line-up of Jenson Button and Rubens Barrichello.

This marked an important milestone for Honda as it is the first Formula One car launched by a Honda works team since 1968.

As an indication of Honda's commitment to the new challenge and the strength of its manufacturing operation, the team delivered not one, but two identical RA106 race cars to the launch to enable Rubens and Jenson to start testing at exactly the same time. The new cars and their RA806E engines are the product of a single, unified team which combines the resources of the Honda Racing F1 Team Operations Centre in Brackley, England, Honda Racing Development's engine base in Bracknell, England, and Honda R&D in Tochigi, Japan.

The RA106 sported its new base canvas of Honda Racing White, a colour which has been synonymous with the Honda motorsport identity since the company's F1 debut in 1964. The rest of the livery has the more familiar feel of the Lucky Strike brand, which remains as title sponsor for the 2006 season.

Nick Fry, Chief Executive Officer:
'Our target in 2006 is to challenge for race wins and we will do our utmost to achieve that objective.

During 2005 we put in place some important building blocks that will help us meet our targets in 2006 and beyond. We secured two of the best racing drivers in the world, we proved our ability to develop a car through the season, resulting in points for Jenson in each of the last ten races, and we gained a better understanding of the strengths of the 2004 car and the issues with our 2005 race car. Lastly, and most importantly, we have 'works' team status with access to the technical resources of Honda R&D. I'm particularly proud that we have been able to deliver a new car each for Jenson and Rubens today which demonstrates the depth of our manufacturing ability and skill and determination of our people. With our new wind tunnel also coming on-stream later this year, we are ready to step up to the challenge.'

Geoffrey Willis, Technical Director:
'The new RA106 is the product of four years of steady evolution. During this time, the team has developed a high level of technical capability which now sees it designing, manufacturing and operating at the highest level on the grid. The emphasis now is on integration and combining our design concepts and expertise to achieve a car capable of challenging for race wins.

One of our key areas of focus has been aerodynamics, the design considerations for which were two-fold – the aero problem that we faced in 2005 and achieving a significant improvement in aerodynamic efficiency to meet the requirements of the new, smaller V8 engine and its implications on chassis design. We are pleased with the progress we have made in the wind tunnel over the winter and our data shows that we have made a good step forward. Mechanically, in keeping with the evolutionary theme we have refined our various concepts including our third generation carbon composite gearbox.

'Honda has produced a new engine to meet the challenge of Formula One's switch from V10 to V8 power. The new RA806E is the result of a very intensive year's work with many concepts designed and tested since the prototype first ran in May 2005. Since the latest specification started running in November 2005, the team has been encouraged by its reliability and performance.'

Car No. 11, Rubens Barrichello:
'This is a very exciting day for me as it's my first launch with a new team for six years! Honda has a fantastic heritage in motorsport and it's great to be a part of that now. I can't wait to drive the new car and the discussions I've had with our technical team indicate that we have good reason to be excited about the season ahead. I'm sure that will be confirmed when I test the car for the first time today.'

Car No. 12, Jenson Button:
'I'm incredibly proud and excited to be part of the Honda Racing F1 Team and 2006 is going to be a very important year for all of us. We've achieved a lot in winter testing with our Concept car and I have seen first hand the huge effort in Brackley and Tochigi over the past few months. I'm confident that all the determination will be rewarded this year and I've done my part by working even harder on my fitness to ensure that I'm in the best possible shape for the season ahead. I can't wait for the first race in Bahrain.'Source - Honda Racing 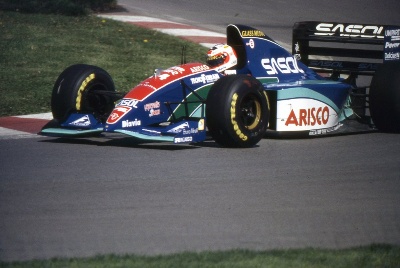 Early in Rubens Barrichellos career, Aryton Senna would support his racing efforts. Then, when Barrichello made his debut in Formula One, the triple World Champion would take his young countryman under his wing and would teach him about the world of...

Following the signature of the commercial agreement with FOM this week by Mercedes-Benz, the MERCEDES AMG PETRONAS Formula One Team is pleased to announce that Lewis Hamilton has signed a three-year agreement to race for the team from the 2013 Formula... 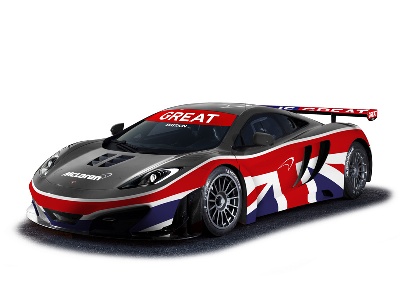 Dynamic debut for 2013 model year 12C with 2009 Formula 1 World Champion Jenson Button A GREAT Briton Unique 12C GT3 to be unveiled by McLaren GT Great Britons from the world of celebrity and entertainment to experience the Goodwood Hillclimb...

Nico Rosberg took a commanding victory at the Chinese Grand Prix in Shanghai today. Starting from pole position, he took the chequered flag with a 20s margin over the second placed car, achieving his first win in Formula One. Nico ran a two-stop o...
2006 Formula One Season2006 Season Review