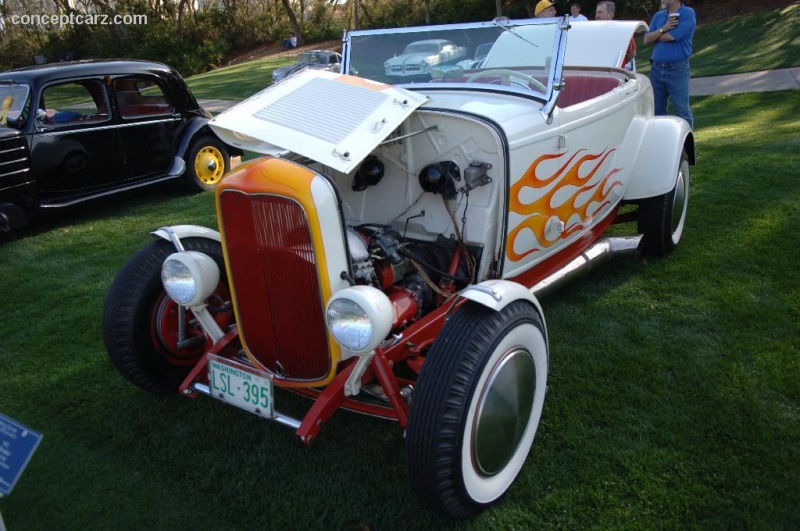 Seattle's Leonard Williams built this 1932 Ford 'jet' car in 1962. Williams, an engineer at the Boeing Company working on turbine engine testing and development, was a long-time hot rod enthusiast. In 1962, he had the opportunity to purchase a small turbine engine, designation 502-8B, being surplused from Boeing.The 272-pound engine replaces the Oldsmobile V8 in this modified Ford roadster and produces a truly unusual hot rod. The jet's output shaft mates directly to the Ford torque-tube (no transmission.) The jet fits easily after splitting the Ford's wishbone front axle.Between 1962 and 1965, Leonard commuted to work a number of times in this car, which became known as the 'jet car.' The car was retired to Leonard's garage for 20 years before relocating to the LeMay Museum Collection. Wearing fresh paint, the car is as originally assembled and is fired up annually to keep it roadworthy.