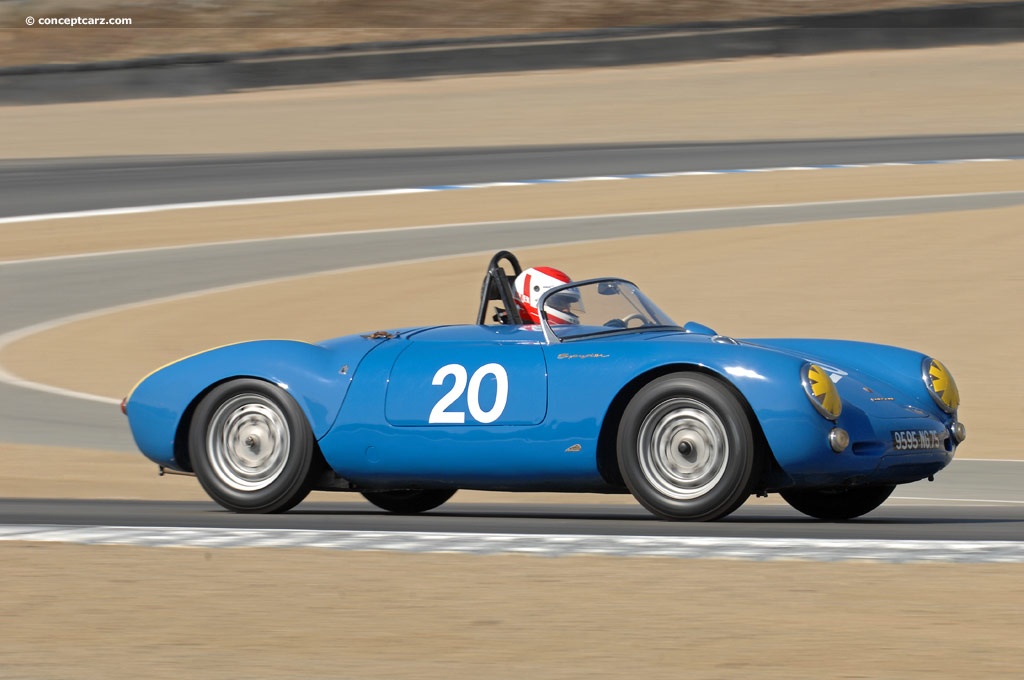 The 550 Spyder, which took its name because it was the 550th design project undertaken by the Porsche company, made its international debut in October 1953 at the Paris Motor Show. The 550 Spyder was the first sports car specially designed by Porsch....[continue reading]

In the mid-1950's, in races from Sebring to LeMans, Torrey Pines to Watkins Glen, the 550 Spyder was the car of choice among many professionals and wealthy amateur drivers for winning the 1500cc sports car class. Many of the greatest race drivers of....[continue reading]

Inspired by the Porsche 356 created by Dr. Ferry Porsche, Porsche decided to build a car designed specifically for racing. The Porsche 550 Spyder was introduced at the 1953 Paris Auto Show and 78 cars were produced in open and closed configuration. T....[continue reading]

The 550's most famous customer was perhaps the late James Dean. Its fame as a race car that could 'play above its pay range' was without question. Although only an air-cooled 1,498cc boxer-4, it was an all-aluminum, double overhead cam boxer with 110....[continue reading]

This is the second production car of 1955. The car was initially a factory team car with serial number 550-018, driven by Kurt Ahrens. The car was also the original car used in European Porsche print ads and was just recently used in the newest &qu....[continue reading]

This car was driven in the 1955 LeMans and finished 37th. It is entirely original as raced in LeMans and is the only original Spyder in the world. The current owner is only the second owner of this 550 Spyder.....[continue reading]

This 550 Spyder was the 1955 Paris Auto Show car. The car was sold to Sonauto in France and raced there, Sonauto apparently owned several 550s and raced them with different drivers. This car is pictured in the book, 'Porsche 356,' which states that i....[continue reading]

The 1.5-liter Porsche 550 Spyder, built in limited numbers, are among the most mythical Porsches of all time. They forged a legacy in competition, driven by legendary drivers, at many important road races. ....[continue reading]

The first three Porsche 550's were hand-built prototypes and the first true sports racing Porsche. They were built as coupes with removable hardtops. Owners could drive it to the track, race, and drive home. Over the next several years, the Werks Por....[continue reading]

The Porsche 550 Spyder, and its successors the 550A and 718, were true purpose-built race cars built to compete at motorsport's highest levels. They would score class victories and significant overall wins. Weighing just over 1,200 pounds and powered....[continue reading] 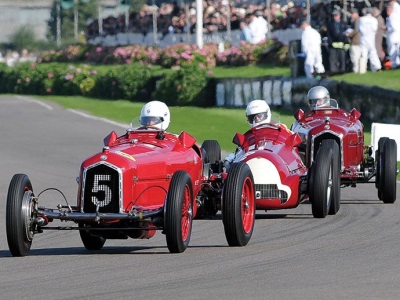 Historic Alfa Romeo Tipo B P3—the first P3 to be offered for public sale in over a decade, and one of the worlds most important pre-war Grand Prix cars—headlines RM Sothebys 2017 Paris auction, 8...

WATKINS GLEN, N.Y. (October 29, 2014) - The USRRC lasted just six seasons, but its impact on racing was enormous, and now the series history is reported in detail for the first time in USRRC,...