The first ever Caparo T1, the world's most exclusive prototype high performance road and track car, will premiere at the world's most prestigious motoring event: the Top Marques show in Monaco. The dramatic 1,000bhp-per-tonne T1, which defines an entirely new breed of supercar that is lighter than a Caterham but with twice the power-to-weight ratio of a Bugatti Veyron, will be unveiled at the show by His Serene Highness Prince Albert II.This exclusive preview of the first prototype T1 forms a significant centerpiece for the show, which is being held at the Grimaldi Forum in Monte-Carlo in the heartland of one of the world's most glamorous locations and centers of motoring heritage. The presentation of the aerodynamically formed supercar will be witnessed by Caparo Vehicle Technologies' design director Ben Scott-Geddes and engineering director Graham Halstead, the two ex-McLaren engineers whose inspiration helped create the car.Previously known as the Freestream T1, Caparo, a $1.3 billion multinational company involved in manufacturing vehicle structural components, acquired the project started by Ben Scott-Geddes and Graham Halstead, and renamed it to Caparo T1. In March 2006 the group announced its advanced automotive technology and engineering design company called Caparo Vehicle Technologies. The new company will provide advanced technology development, materials engineering and design services to mainstream automotive, motorsport and aerospace markets. Coupled with its global manufacturing resource and capability Caparo aims to accelerate the use of lightweight materials in vehicle structures1,000 bhp-per-Tone Power-to-Weight Ratio

The ultra lightweight T1, which weighs less than 1100 lbs, is a British designed 2-seater which has been developed using aerospace and high formula racing technology. The compact Caparo V8 engine develops approximately 500 bhp and the resultant 1,000 bhp-per-tone power-to-weight ratio endows the T1 with an extraordinary 0-60 mph time of 2.5 seconds, 0-100 mph time of 5 seconds and 0-100-0 mph time of less than 10 seconds making it the world's fastest accelerating and braking road car. It is also fast round corners with 3g braking and cornering ability equivalent to a Le Mans Prototype.The T1's high power-to-weight ratio delivers phenomenal performance on the track. Similarly, the same principles of lightweight design in a car one-third the weight of the average family saloon combined with a normal 15 gallon (70-liter) fuel tank means a range better than the average car of up to 500 miles (800 km) on public highways. And that is sufficient to tackle seven hours of driving from London to Le Mans, a distance of 338 miles (544 km), without refueling, before putting in a blistering performance on the circuit.Commenting on the mould-breaking Caparo T1, Angad Paul said: 'This car is in a class of its own when it comes to overall performance; but it also addresses in the most dramatic way possible fundamental design issues facing the automotive industry today. The same approach to aerodynamics, choice of materials and efficient design, which have allowed us to achieve the world's most reasonably priced supercar, can be applied in equal measure to create affordable, safe, yet lightweight, fuel-efficient family cars.'Available to Customers by the End of 2006

This will be the first time that Caparo Vehicle Technologies has exhibited at any event. The stunning T1 was created to demonstrate the company's ability to design and manufacture the world's first 1,000 bhp-per-tone road and track car, whose performance is close to that of a formula one racer. More than a concept, this ultra high performance car is designed for low volume production to underscore the company's technical know-how and competence in whole vehicle design. With deposits already being taken the hand built car will be available to the first customers later this year.
Event director Robert Evans said: 'We are delighted to welcome the Caparo T1 to the Top Marques show in Monaco where up to 10,000 high net worth collectors and enthusiasts, together with 120 journalists and television crews from around the world, will view an amazing mix of luxury cars and rare supercars at this prestigious motoring event. The T1 is a truly exceptional car and its groundbreaking approach will appeal not only to our VIP visitors but also mainstream automotive engineers facing the enormous challenge of how to stop cars from getting heavier and heavier with each new generation.'Caparo has confirmed that it will present the T1 prototype for the duration of the show, which runs from Thursday 20 April to Sunday 23 April 2006 in the week following Easter. Some of the most exclusive car brands in the world will feature at the show with manufacturers present from around the globe.Source - Caparo 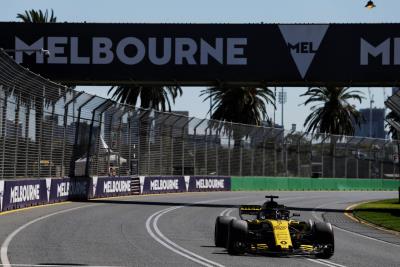 Foreword from Renault Sport Racing Managing Director, Cyril Abiteboul Ahead of us is a very long 21-race calendar during which many things will happen. This puts a premium on stability and consistency,...

Formula Ones most famous race, the Monaco Grand Prix, takes place around the streets of the principality on Sunday 26 May for the 71st time. Just three of the past 30 Monaco Grands Prix have been... 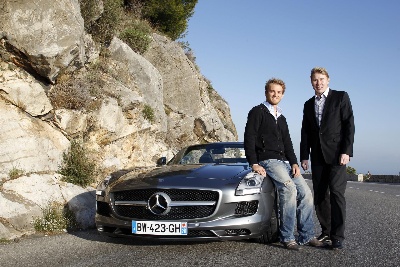 Its a scene that happens hundreds of thousands of times a day around the world two people meet in a lift, greet each other and begin to chat about work and life. The twist in this particular story,... 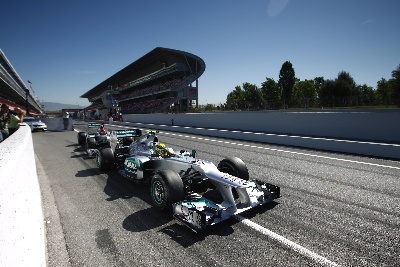