Bentleys first hinted that a new Azure might be in the pipeline when it unveiled the glamorous Arnage Drophead Coupe show car at the 2005 Los Angeles International Auto Show. Because of the intense interest created by the show car the decision was quickly taken to launch a new Azure in spring 2006, based on the design of the show car. Like its iconic predecessor, the new Azure becomes the flagship of the Bentley model range and goes on sale in North America in late 2006.11200
This car was first shown to the public at the 2006 Los Angeles International Auto Show and has since been the star of several international motor shows, including the annual Salon De l'Auto in Geneva, Switzerland in March this year. Bentley's design team cites the 1955 Park Ward S1 Drophead Coupe and original 1995 Azure as the main influences for the new Azure.
At the IAA Motor Show, Bentley Motors reveals the production version of the new Azure. The luxurious four-seater Azure, which goes on sale in Spring 2006, is the latest in a portfolio of wonderfully desirable 'dropheads' stretching back many decades and reaffirms Bentley's reputation as creator of the world's most elegant convertibles.

Bentley first hinted that a new Azure might be in the pipeline when it unveiled the glamorous Arnage Drophead Coupe show car at the Los Angeles Auto Show in January 2005. The show car stimulated such interest among Bentley aficionados that the decision was quickly taken to continue its extensive development programme in time for delivery of the first customer cars in Spring 2006. Last month, Bentley announced that the production version of the show car would carry the evocative Azure name. Like its iconic predecessor, which was in production from 1995 to 2002, the new Azure becomes the flagship of the Bentley model range.

The design of the new Azure is, first and foremost, unmistakably Bentley. It shares its face with the current Arnage range and its platform ensures it seats four adults in supreme comfort. But it is also unmistakably unique. The entire cabin and rear section of the car are newly designed, with a stunning bespoke interior; the objective being to create an opulent and inviting seating area that reflects its status as a car that is at home in Palm Springs or the Riviera. The complex folding roof on the convertible is operated hydraulically at the touch of a switch: the impressive, three-layer fabric assembly being elegantly stowed beneath the hide-trimmed tonneau in under 30 seconds.

The specification of the production version of the Azure is virtually unchanged from the original L.A. show car. The principle change is the introduction of high technology, lightweight, carbon fiber, under-floor cross braces that contribute to the exceptional levels of body stiffness, benefiting refinement, ride and handling. In addition, the chrome trimmed bumpers and sills of the show car are now painted in body color with a delicate chrome trim that runs the length of the car, enhancing the flowing lines of the Azure body.

'The production-specification Bentley Azure graces our stand at the Frankfurt Motor Show just nine months after we revealed our concept car in Los Angeles,' says Bentley Motors chairman, Dr. Franz-Josef Paefgen. 'We enjoy an excellent dialogue with our customers and the new Azure epitomizes how responsive Bentley is to satisfying their aspirations. Bentley develops and produces cars that people desire and that are faithful to our heritage. The new Azure is the perfect example of this philosophy.'

Details of market availability and pricing will be released nearer the Azure's on-sale date.Source - Bentley 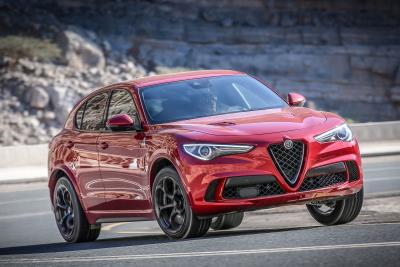 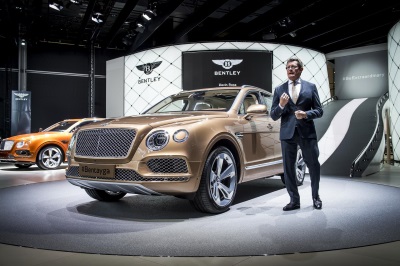 Bentley unveils the Bentayga the most powerful, most luxurious, most exclusive and fastest SUV in the world Bentayga combines unparalleled luxury with sporting ability, off-road performance and eve...