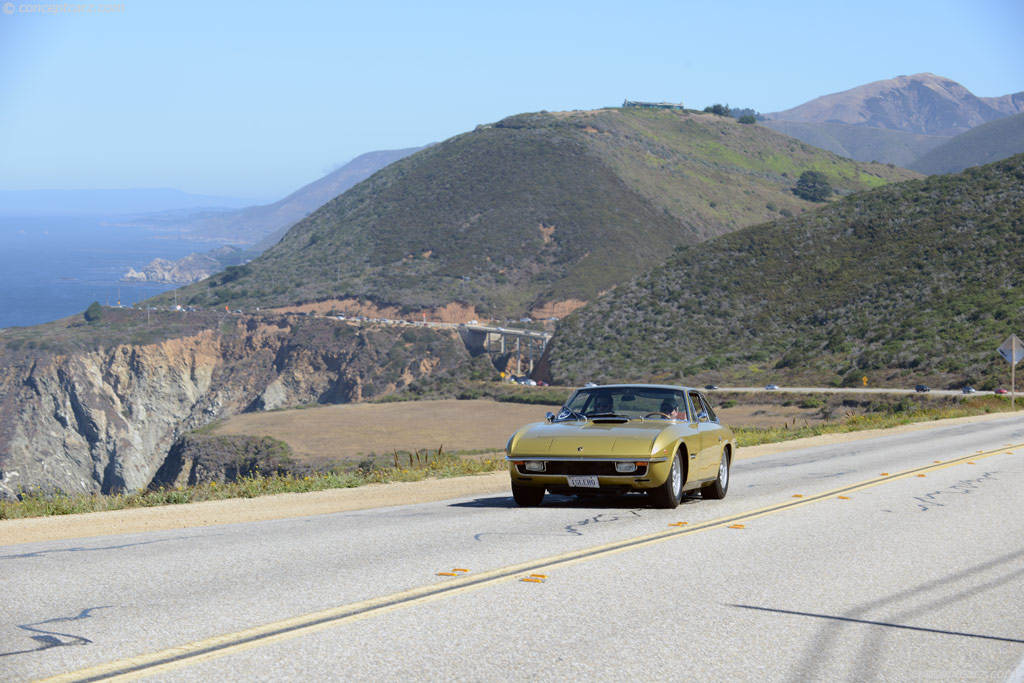 In 1968, the Islero was introduced to the public at the Geneva Auto Show. It featured hidden headlamps and a square body. The bodywork for the vehicle was handled by Mario Marazzi, Ferruccio Lamborghini's former Touring employee.
The Islero retained the inner structure, wheelbase, and square tube chassis of the 400 GT 2+2. Larger wheels were used and this meant the front and rear track increased in size.

It was not as aggressive as the Espada or Miura, but it did offer luxurious benefits such as air conditioning and larger interior. Only 17 Islero's were fitted with Borrani wire wheels.

The Islero was not intended for the track. However, in 1975, Paul Rilly entered a modified Islero in the grueling 24 Hours of Le-Mans. It failed to qualify.

During its production run which lasted only one year, only 125 examples were produced. An S version followed in 1969. This to was short lived, lasting only a year and only 100 being produced. Following the Islero series came the Lamborghini Jarama.

The Islero S contained mechanical and aesthetic enhances over its predecessor. With 350 horsepower available, the vehicle could go from zero-to-sixty in 6.2 seconds and had a top speed exceeding 160 miles-per-hour.

Both the interior and exterior of the Islero received updates. A glove box was replaced by a grab handle. Driver and passenger side windows received fixed triangular planes. The dash was redesigned. The rear window was now electrically heated. New seats replaced the old style. For the exterior, a engine cooling vent was placed in front of each door. The wheel-arches received flaring and an air-intake was mounted on the hood.
By Daniel Vaughan | May 2007

The evolution of the first Lamborghini model the 350 GT, later to become the 400 GT and 400 GT 2+2, the Islero was intended to continue the classic linage. The design was personally overseen by Mr. Lamborghini himself with the objective to be the 'ge....[continue reading]

Mario Marazzi was commissioned to design and build a new Lamborghini that was both fast and luxurious. It was to be a 2+2 GT car and continue the Lamborghini tradition of bearing a name related to bullfighting. It was given the name Islero, for the....[continue reading]

The Islero was an evolution of the 350 GT, which evolved into the 400 GT and 400 GT 2+2 models. Ferruccio Lamborghini commissioned Mario Marazzi to design and built a vehicle that was fast and luxurious with 2+2 seating. In keeping with the company's....[continue reading]

This Lamborghini Islero S joined a private collection of vintage Lamborghini's in the early 2000s after having had its original engine rebuilt. Currently, the car shows just over 57,000 kilometers on the odometer. The engine is a 3929cc V-12 engine b....[continue reading]

As a replacement for the 400 GT, Lamborghini created the Islero and Islero GTS (sometimes just 'S'), producing 125 of the former and 100 of the latter. The S had an increase of 25 horsepower over the earlier car's 325 for a 161 mph quoted top speed. ....[continue reading]

The Lamborghini Islero is a sports car produced by Italian automaker Lamborghini between 1968 and 1969. It was the replacement for the 400GT and featured the Lamborghini V12 engine. The car debuted at the 1968 Geneva Auto Show.....[continue reading]

The Lamborghini Islero was designed by ex-Touring designer Mario Marazzi as the successor to the 400 GT 2+2. This conservative notchback coupe with hidden headlights was shown alongside the glamorous Espada at the 1968 Geneva Motor Show. One of the l....[continue reading]

This 1969 Islero was completed on September 16th of 1968 and was offered for sale later that year at SEA, Lamborghini's dealer in Rome. A short time later, it had been exported to the United States. The previous owner displayed the Lamborghini in man....[continue reading] 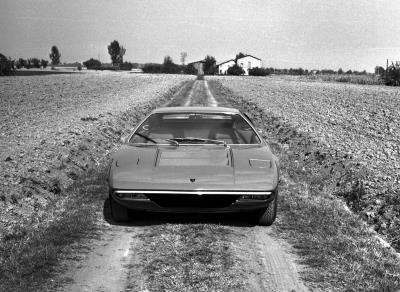 Lamborghini Celebrates The 50Th Anniversary Of The Urraco

This year marks the 50th Anniversary of the Lamborghini Urraco, unveiled at the Turin Motor Show in late October 1970. This model immediately stood out for having introduced technical solutions that were very innovative for the time, thanks to the contribution...

Retromobile set to play host to six classic Alpine models The Alpine Vision show car will also be on display as a symbolic bridge between the brands past and future Groupe Renault is pleased to confirm Alpines participation in the 42nd Retromobi...
© 1998-2020. All rights reserved. The material may not be published, broadcast, rewritten, or redistributed.