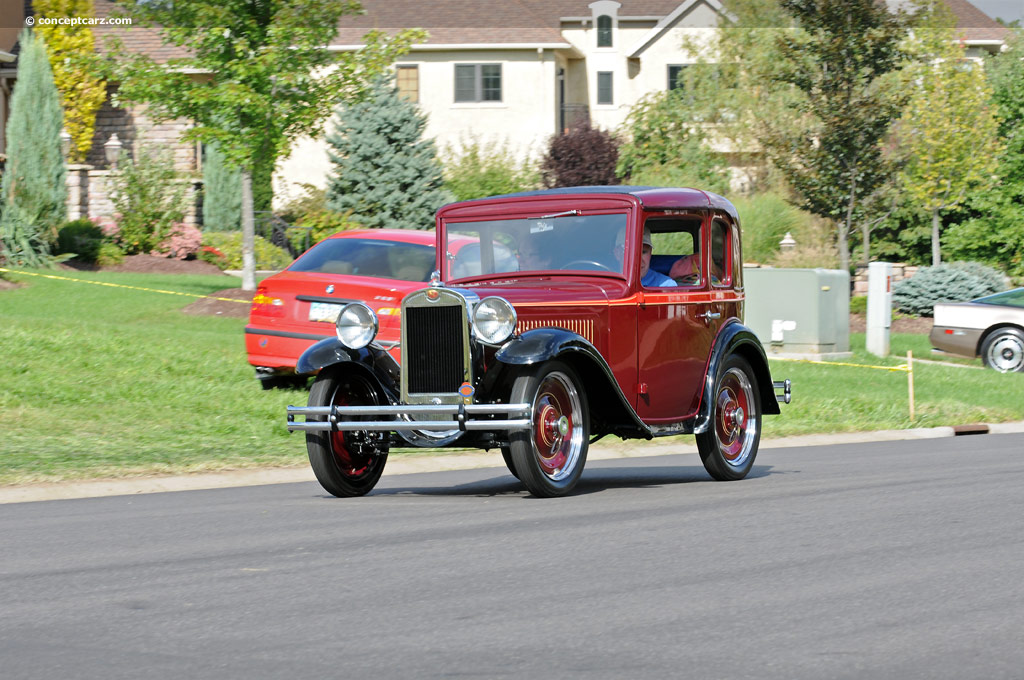 The American Austin Car Company was incorporated in Delaware in 1929 and headquartered in Butler, Pennsylvania just outside of Pittsburgh, PA. The company built small automobiles based on the Austin Seven of the Austin Motor Company of Birmingham, England. These automobiles were fuel-efficient, cost effective, and mechanically uncomplicated.

The Ford Motor Company had created an empire by offering vehicles that were inexpensive and practical. The American Austin Car Company was poised to take that business model a step further with their miniature cars. Most were given 45.6 cubic-inch four-cylinder engines that produced about 15 horsepower. The transverse leaf springs in the front and semi-elliptic rear leaf springs provided a suitably comfortably ride. The four-wheel mechanical brakes were adequate, as was the three-speed manual gearbox. With an estimated 40 mpg, low sticker price, and the onset of the Great Depression, the future of the company appeared to be blissful. Unfortunately, this was not the case and the company slipped into receivership in 1932, after just 10,000 examples had been produced. By 1934 they were out of business completely. In 1937 the company was revived and named American Bantam. The company stayed in business until 1941 before production ceased completely.
by Daniel Vaughan | Jul 2006
Vehicle Profiles

Sir Herbert Austin enjoyed success with his Austin Seven minicar in Britain with solid sales and much interest in the little cars. The narrow roadways and many towns in Britain was a very suitable location for such a small car. In 1929, Sir Herbert....[continue reading]

The American Austin was built in Butler, Pennsylvania from 1930-34. A few years later the American Bantam went into production and was built from 1938-41.....[continue reading]