An Italian manfufacturer of small-series sports cars, Studiotorino, unveiled their latest creation last week at The Quail in California. Inspired by two classics, the Porsche 904 and the Dino GT 246, the Studiotorino RK Coupe uses the Porsche Cayman as its basis, with engine and other technical parts provided by German supertuner RÚF.

The left front fender is one of the few parts left unchanged in this transformation. Everything else is either new or modified in some way. The rear quarter windows are eliminated, giving the car a side profile that is instantly evocative of the 904, while the new rear glass also the Dino GT 246.

The company has aimed to provide a sporty exterior and an interior that gave a relaxing sense of well-being. For this reason a not too flashy red ink was chosen for the body and two tones of green and graphite grey accents for the interior. Studiotorino's signature two lines on the rear fenders complete the package.

The power is provided by RÚF's 3.8-liter supercharged engine. The center of this machine is a centrifugal compressor with a planetary gearbox – a version of mechanical turbo charger, which is driven mechanically by a Poly-Rip belt. RÚF-designed intake manifold, modified injectors, sports catalytic converters and a modified electronic engine management system help the engine achieve 440 bhp at 7,000 rpm and 370 lb-ft of torque at 5,500 rpm.

As with their Spyder, the RK Coupe will be a limited edition model, built in no more than 49 examples.
Source - Ruf
The 'RK Coupé' is the natural evolution of the RKSpyder which was presented in summer 2005., It is the perfect blend between German technology and Italian style. It will be limited to 49 vehicles and available also in the ÚS .

The most striking feature of this custom- built car is its subtle and yet massive changes that are equally noticeable and unnoticeable. The design gives the car its well- balanced uniqueness and beauty.

The 440 horse power Coupé blends the balance of a mid engine power plant with chassis stiffness elegant curve lines and the perfect handling to make the 'RK Coupé' a truly world class performer.

The RK stands for RÚF KOMPRESSOR. The basis of this compressor engine is a centrifugal compressor with a planetary gearbox –a kind of mechanical turbo charger, which is driven mechanically by a Poly-Rip belt. The maximum boost is 0.7 bar. The engine has RÚF designed intake manifolds with integrated intercoolers, new injectors, sports catalytic converters and a RÚF electronic engine management system. The water-cooled charge cooler has a cooling water circuit with an electric water pump from the water cooler in the front spoiler. 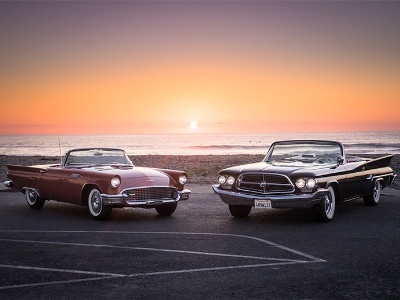 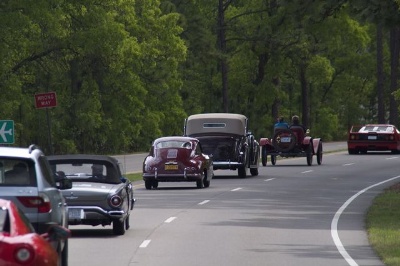 VILLAGE OF PINEHURST, N.C. (April 28, 2014) – The 2014 Pinehurst Concours dElegance weekend will begin in style with a display of cars and courage Friday morning as selected vintage autos and... 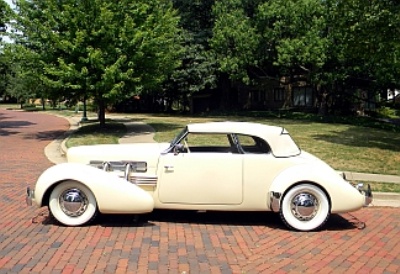