Renault has chosen the 2006 Paris Motor Show to unveil Twingo Concept. Firmly grounded in a youth culture of sport, music and fashion, Twingo Concept is powered by the new turbocharged 1.2 16V TCE 100 engine. Twingo Concept boasts a host of multimedia features and a high level of equipment. At only 3.6 meters long, Twingo Concept appeals to customers who have a taste for both attractive, sporty city cars and new communication technologies.

Its compact, squat volumes and incisive, assertive styling give it plenty of character, while its sports pedigree is apparent in the design of its lively, expressive front end. The well proportioned bumper and motor sport-inspired grille hint at the presence of a well-tuned engine committed to performance. The shape of the indicators in the headlamp modules echoes the chequered flag-based graphics of the bodywork and which flow along the car's pearl-blue sides to subtly suggest speed. The foglamps are flanked by air intakes included to cool the powerful disc brakes.

Riding on 17-inch, dark chrome wheels picked out in Renault yellow, Twingo Concept communicates a punchy, dynamic feel. The profiled sills and wing extensions emphasize its sporty lines and athletic curves. At the rear, the chromed twin exhaust tailpipe and air extractor take their inspiration from Clio Renault Sport, and the new Renault badge nestles on the wide hatch, the lower part of which is flanked by 'hightech' rear lights.

Its wide panoramic glass sunroof and two pillarless doors ensure a bright interior that brings out the qualities of its uncluttered, high-tech dashboard. The cabin's simple and ergonomically effective Touch Design approach is a statement in intuitive understanding.

Twingo Concept has found inspiration in youth culture and in its love of music and freedom. The centre console features a ÚSB port as well as sockets for devices like Apple's iPod and the Nokia Smartphone. A mixing deck built into the dashboard is ideal for partying with friends.

The musical focus is also reflected in the highly visual graphics of the dashboard, the upper part of which features a pattern based on the graphic equalizer bars with which music-lovers are naturally familiar. It is evocative of the bass rhythms that will pound from the door-mounted speakers and contrasts with the matt finish of the lower part of the dashboard.

The central part of the dashboard has an analog speedometer which sits above a 15-inch retractable, folding monitor which, for safety reasons, can only be deployed when the car is at a standstill. Behind this screen are all the functions of a computer that permit passengers to log on to the Internet, while a web cam is incorporated into the screen to remain in visual contact with the outside world. In an assertion of personality and originality, Twingo Concept's interior comes with its own 'light show'. When the car is at a standstill and the multimedia mode is activated, the cabin is bathed in a blue, hightech glow. When the driver presses the start button and the engine kicks in, the dominant hue automatically shifts to Renault yellow to energize the cabin with a sportier feel.

Twingo Concept accommodates its four occupants in independent bucket seats with built-in headrests that provide first class comfort and support. The night-blue fabric of the upholstery contrasts with the sophisticated white of the seats' structure which echoes the cabin's colour scheme by emitting shafts of yellow light. All seats have individual jack plugs so that each occupant can listen to his or her favourite music.

The small steering wheel with flattened lower section falls naturally to hand. It is a concentrate of technology and bristles with an array of controls for mobile systems, as well as a microphone for econferencing over a Bluetooth connection. The large, ergonomically designed rev-counter is located on the steering column in the driver's line of sight. Its unique graphic design ensures optimal clarity.

Passengers can stow and chill cans of energy drinks in a purpose-designed compartment in the boot. Twingo Concept is a trendy car conceived for enjoying and sharing music. When the rear hatch is open, its built-in speakers face outwards so that when the DJ gets mixing on the deck the partying can continue well into the night.
Source - Renault 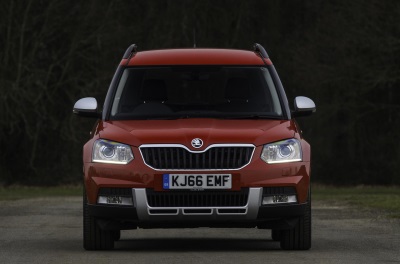