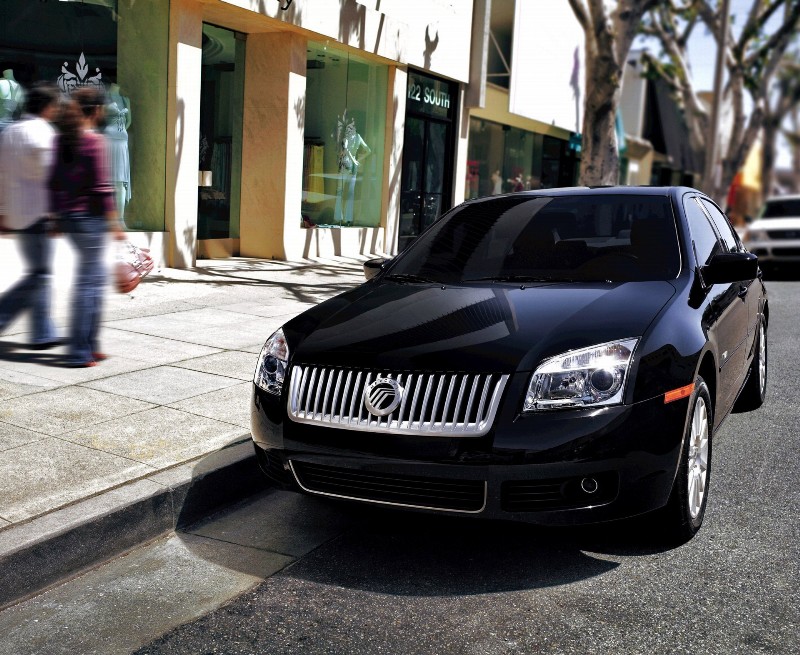 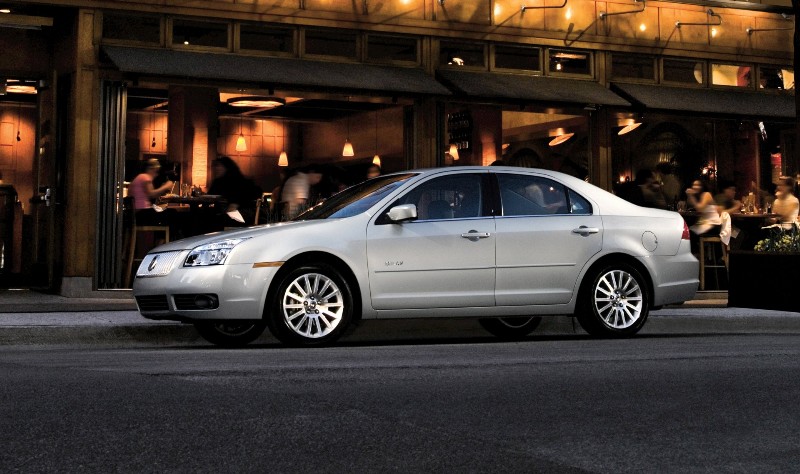 Later in the year, Milan will get several other updates. Most significant, Milan will offer enhanced driver confidence with an available all-wheel-drive system that improves handling and optimizes traction on slick surfaces. 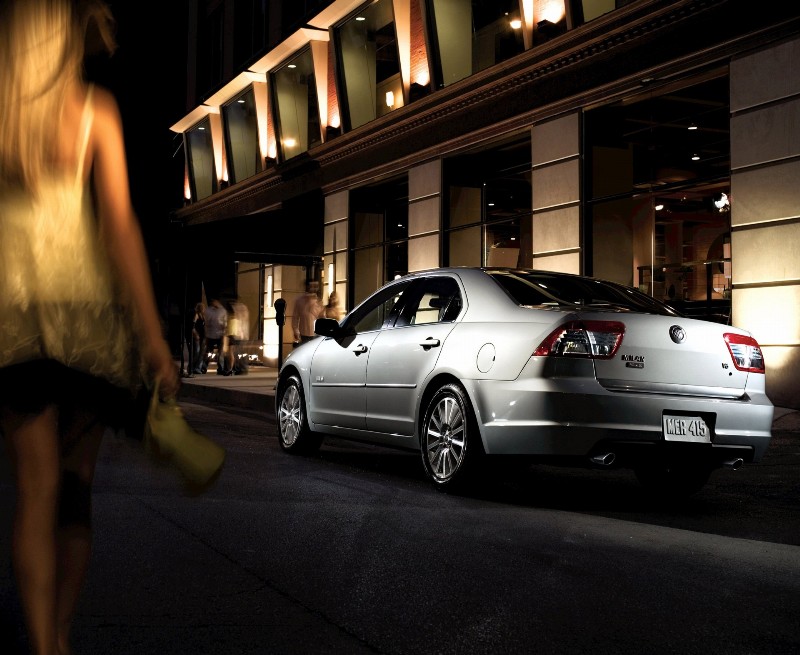 Other changes include a standard auxiliary audio input jack for all models. Milan also will offer two new options shortly after the 2007 model year launches: a DVD-based navigation system and SIRIÚS satellite radio. 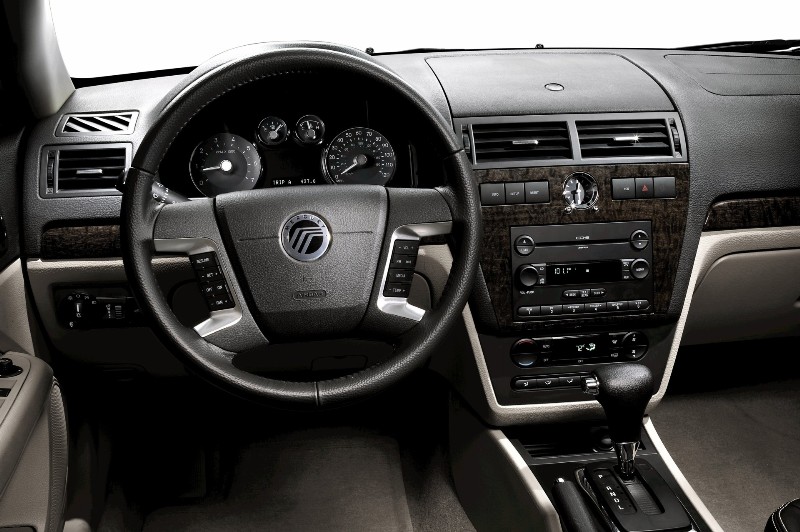 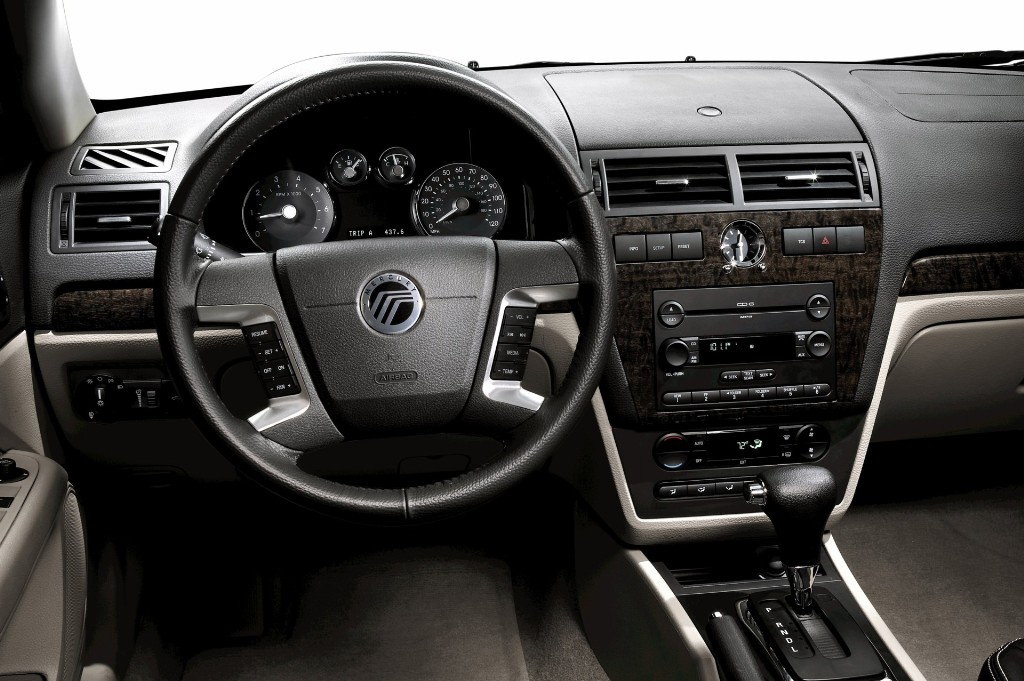 Mercury's midsize sedan is available in Milan and Milan Premier. All Milan models are built in Hermosillo, Mexico.

Design and Equipment
The 2007 Milan injects spirit into the staid sedan scene by wrapping Mercury's new metropolitan identity — established by the 2002 Mountaineer — around a well-proportioned midsize sedan. (concept carz) Mercury's sedan draws design inspiration from large, modern cities that advance design, fine arts and architecture much like the vehicle's namesake, Milan, Italy, did in the 19th century.

The instantly recognizable Mercury grille is precisely set between wide headlamps that wrap up over the sharply creased front fenders. A satin-aluminum finish adorns the grille, Mercury badges and lower front fascia trim. This creates visual jewelry that emphasizes the distinctive, clean design. The bright chrome belt line visually stretches the car to highlight its length.

Milan brings a fresh flair to the interior design of midsize cars by carrying the exterior's modernity and clean surfaces through to the cabin. Mercury's hallmarks of upscale, quality materials, satin-aluminum finishes and a passionate attention to detail provide a dramatic departure from vanilla midsize sedans.

Milan uses upgraded materials throughout its interior, such as leather trimmed seats and either satin-aluminum or Wales Mahogany wood-trim finishes. One element that sets Milan apart from most midsize sedans is the availability of two-tone leather seating surfaces with contrast stitching. Two new options, SIRIÚS satellite radio and a DVD-based navigation system, offer an added touch of luxury.

However, in this category, form cannot detract from function. Milan customers want a car that's stylish and stands out from the masses. Yet they need a real car with people and cargo capacity. Milan offers them a unique choice that's responsible and rewarding.

As such, Milan interior designers and engineers worked closely to ensure comfort and ease of use in the front and back seats. Extending the rear door toward the C-pillar provides easy access for taller rear-seat passengers and helps keep them from hitting their feet on the back of the front seats.

In addition to carrying people in comfort, Milan has easy-to-use and flexible storage spaces. Its roomy, 15.8-cubic-foot trunk boasts a flat load floor and low liftover height, as well as compact decklid hinges that won't crush boxes or groceries.

Powertrain and Chassis
The 2007 Milan's AWD system is tuned with an emphasis on driving performance while also offering confident all-weather driving. The system continuously monitors vehicle speed, throttle input and steering angle to seamlessly deliver torque to the appropriate wheel even before wheel slippage occurs. The system also helps eliminate torque steer and helps balance the vehicle when cornering.

The standard four-cylinder engine delivers 160 horsepower and can be paired with a five-speed manual or a five-speed automatic. The Duratec 23 I-4 equipped with an automatic transmission meets Partial Zero Emissions Vehicle (PZEV) status in California. It is the Mercury brand's second PZEV application, along with the Mariner Hybrid.

Equipped with the five-speed manual, the standard Duratec 23 returns 23 miles per gallon in the city and 31 mpg on the highway.

For even more power, there's the 221-horsepower, 3.0-liter V-6, which is paired with an advanced six-speed automatic transaxle. Milan was a trailblazer in the use of such a sophisticated automatic in its class. This six-speed automatic delivers impressive performance as well as 20 mpg city, 28 mpg highway.

Safety and Security
For 2007, the safety and security package will be standard on all models shortly after the new model-year launch. The package provides side-impact air bags for the driver and front passenger, side-impact air curtains for first and second rows, and an anti-theft perimeter alarm system.

Milan also meets stringent new side-impact tests. Milan's B-pillars are made by welding two blanks of steel end-to-end, which results in a stronger top of the vehicle and a more flexible bottom. This facilitates energy absorption during a crash below the level of the occupants. The strong steel structure at the torso level and above help prevent intrusion into the passenger compartment.

The all-new 2014 Mazda6 today was named to WardsAuto Worlds 10 Best Interiors list, as chosen by the publications editors. The redesigned mid-size sports sedan features Mazdas new design language called KODO Soul of Motion, which translates muscular...
© 1998-2020. All rights reserved. The material may not be published, broadcast, rewritten, or redistributed.