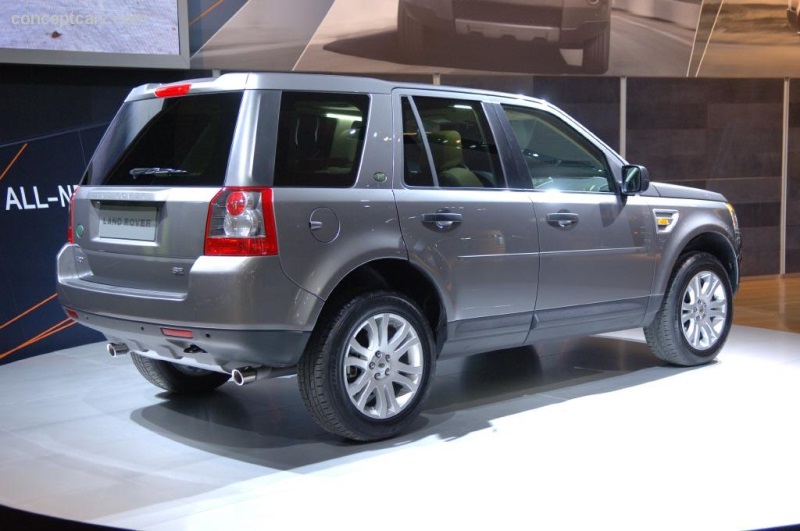 The all-new Land Rover Freelander 2 redefines the compact premium 4x4 class. New from the ground up, Freelander 2 delivers outstanding on-road performance as well as the class-leading off-road ability of a true Land Rover. A dynamic design, purposeful stance, smart and spacious interior, and an abundance of advanced technologies complete the package. 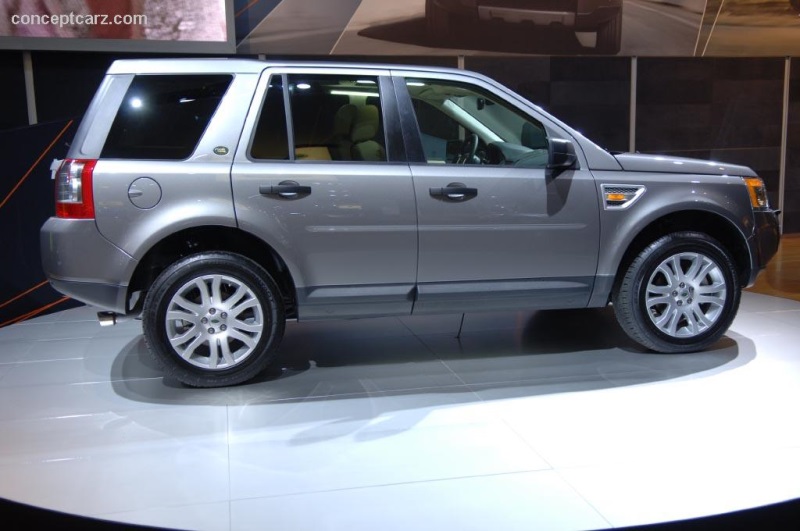 'No other compact 4x4 has anything like its total breadth of capability,' says Phil Popham, Land Rover's managing director. 'The Freelander 2 sets new standards in the sector, combining the advantages of a premium car – such as polished ride, accomplished performance, attractive cabin and ease-of-use – with the attributes of a robust 4x4, including go-anywhere ability, toughness, panoramic seating, cabin versatility and spaciousness. We believe that no other compact 4x4 gets closer to blending these best-of-both-worlds abilities.' 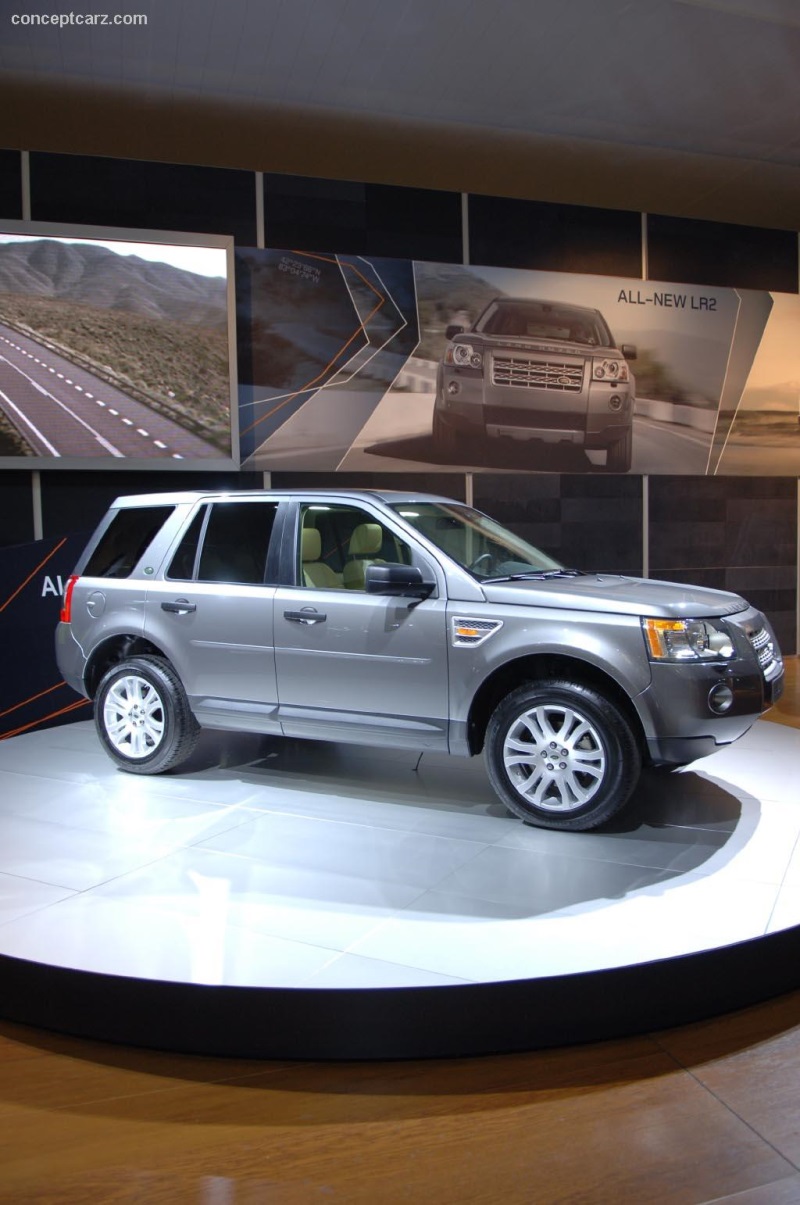 The original Freelander (launched in 1997) is seen by many as having created a whole new class of vehicle: the compact premium 4x4. It was the top-selling 4x4 in Europe for five years and remained the ÚK's best-selling 4x4 from launch until the end of 2005. The all-new Freelander 2 is improved in every way: better performance, more economical, more refined, higher quality and substantially roomier. It is more capable both off-road and on-road, with transformed handling, ride and comfort. 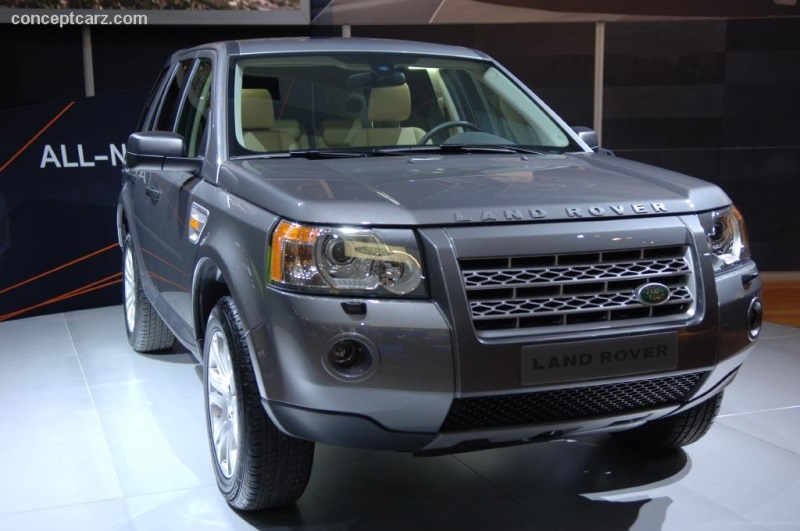 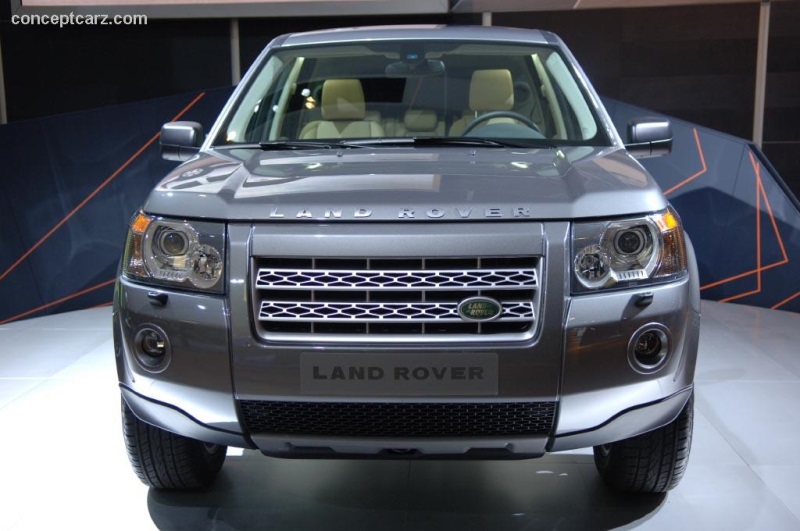 The 233 PS (171 kW) i6 petrol engine provides a top speed of 124 mph (200 km/h) and 0-60 mph acceleration in 8.4 seconds (0-100 km/h in 8.9 seconds). Combined fuel economy is 25.2 mpg (11.2 litres/100 km). The engine is matched to a new six-speed automatic transmission, with Land Rover's CommandShift™ offering manual sequential gear changes when required. There is also a driver-selectable sport mode, for livelier performance.

Straight-six engine configurations are ideal for delivering engine smoothness, and the very compact new unit in Freelander 2 is small enough to mount transversely, a first in the compact 4x4 sector and one of the vehicle's many innovations. The benefits of transverse fitment include improved interior package and safety performance.

The diesel engine chosen for Freelander 2 is an all-new 2.2-litre four-cylinder. The 160 PS (118 kW) unit delivers peak torque of 400 Nm (295 lb ft), with over 200 Nm (148 lb ft) of torque from 1000 rpm all the way to 4500 rpm. The engine is easy and responsive to drive, as well as highly refined and economical, with a combined average fuel consumption of 37.7 mpg (7.5 l/100 km). An optional catalysed Diesel Particulate Filter (cDPF) is also available for even cleaner performance. Two transmissions are offered: a new six-speed manual gearbox and the same six-speed automatic used on the petrol engine (diesel auto available from Spring 2007).

The interior package of Freelander 2 is a major improvement over the outgoing vehicle. Although only 50 mm longer, the Freelander 2 has more generous head, shoulder and legroom, in both the front and rear. Large glass areas emphasise the spacious feel and complement the elevated ‘command driving' position – a Land Rover hallmark – and ‘stadium seating', where rear passengers sit slightly higher than front occupants, for a clearer view of the world outside. Boot space is also among the best in class and 38 per cent larger than that of the outgoing Freelander (with rear seats up – 755 litres vs 546 litres).

'We purposely kept strong cues from the original Freelander, such as the clamshell bonnet, stepped roof and the basic form,' says Land Rover design director Geoff Úpex. 'But the overall look is new and much more contemporary. The design is chiselled, geometric and simple – it looks like it's hewn from the solid. We have kept a close design relationship with the new Discovery 3 and Range Rover Sport, but interpreted the design language to suit the requirements of customers for a more compact 4x4.'

The body is a five-door monocoque structure, with a high level of torsional rigidity which benefits refinement, comfort and handling on-road as well as ensuring the vehicle is fit for serious off-roading. The suspension is fully independent and uses the most modern stability control systems, including Roll Stability Control (RSC), a new and sophisticated technology that helps mitigate the risk of roll-over.

Freelander 2 is packed with new technologies to improve both on-road and off-road performance, many new to the class. Land Rover's unique Terrain Response™ is standard on all but the entry-level model, to make off-roading easier. Other interesting technologies include a new full-time intelligent 4x4 system for superior traction and better on-road fuel economy, and the patented Gradient Release Control, which improves driver confidence and control when releasing the brakes on steep and slippery slopes.

Designed and engineered by Land Rover at Gaydon, near Warwick, Freelander 2 is built at the Halewood plant in Liverpool, where outstanding build quality has been acknowledged with a JD Power European Plant Quality Gold Award in 2005.

'Freelander 2 is a fresh and contemporary design, with its chiselled lines, chunky good looks and sporty energy. Though the genes of the highly successful original Freelander are still clearly recognisable, the new model looks more premium and more grown-up, without losing its sense of fun.' Geoff Úpex, design director.

Chiselled lines, smooth and simple surfaces and interlocking elements were three of the key principles that guided the Land Rover design team as they crafted the all-new Freelander 2. These combined well with the vehicle's near-ideal proportions – especially the height, long wheelbase, and short front and rear overhangs – to create the purposeful, sporty stance that the designers wanted.

Úpex and his team, including Earl Beckles (lead exterior designer) and Martin Buffery (lead interior designer), were also determined to develop a vehicle with clear family links to Land Rover's successful new Discovery 3 and best-selling Range Rover Sport. From the Discovery, according to Geoff Úpex, 'we took the simplicity of the surfacing, the strong shapes, the bold and consistent graphics, and the strong rear D-post styling. Range Rover Sport inspired the flow of the wheel arches, a lot of the stance, and the dynamics of the waistline.

'But there are also clear visual references to the original Freelander. Its distinctive shape is widely recognised and popular, especially in Europe,' says Úpex. 'So we took the best bits, the real signatures from that car, and enhanced them. These include the clamshell bonnet and the stepped roof.'

However, these inspirations were subordinate to a clear vision of how a vehicle such as Freelander should look. While still definitively a Land Rover, it has always had – and needed to retain – a strong appeal to customers more used to conventional saloon cars.

'The design of Freelander 2 had to reflect its balance of capabilities – as a great road car and a great 4x4,' says Geoff Úpex. 'This was absolutely at the top of our minds. It could not be too overt a 4x4, in the way that a Discovery is. It had to be tough – but not too tough. It had to reassure people trading up from premium cars. So this balance – tough 4x4 versus premium car – was crucial in the design language.'

According to Úpex, 4x4s typically look more geometric, more aggressive and harder-edged. Cars tend to be more organic – and friendlier – in form. So the Freelander 2 mixes strong geometric shapes and flowing, car-like softness.

The fast-angled windscreen, the raised roof and the tapering rear pillar all reflect the car's dynamic, sporty on-road abilities, as does the smooth shoulder line. Also contributing significantly to the flow of the design are the body-coloured A- and D-pillars, while the black E-pillars at the rear give a graphic which resembles the ‘floating roof' of Range Rover.

The body sides on Freelander 2 are sharp and chiselled. But in the plan view, the surfaces are smooth, sheer and one-directional. The surfacing is also taut and very defined, to give the vehicle a lean, muscled look.

The grille is a strong and confident design statement (with different versions for petrol and diesel models). The rear is also cleaner, significantly helped by relocating the external spare wheel of the original Freelander underneath the cargo area floor, and by the new one-piece tail-lamps.

'The whole design is simple, much less cluttered than before, more premium and more desirable. We wanted a minimal number of components that interlock to form a meaningful and attractive whole,' says Geoff Úpex. 'The headlamps and tail-lamps, for instance, are watch-like in their detailing. The metallic side-vents help engine breathing, but also provide a strong family link with both Discovery 3 and Range Rover Sport.'

As always with a Land Rover, functionality is a fundamental driver of the design. The narrow front A-posts help achieve excellent all-round visibility. The bonnet castellations help the driver place the vehicle more accurately on the road or track. The wheel-out stance and wide track help deliver agile handling and great grip. The short front and rear overhangs and high underbody are essential for go-anywhere off-road performance. The body-side protection guards against stone chips and helps keep the sills clean.

'We believe the end result is a design that is sculptured and sophisticated, dynamic yet refined, premium and tough,' says Geoff Úpex.Source - Land Rover